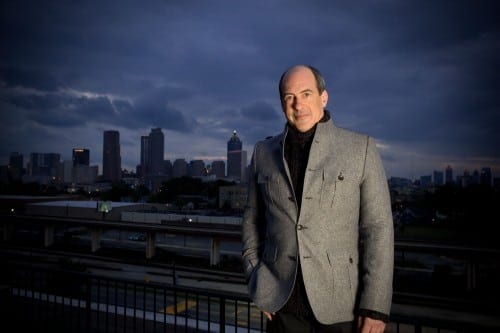 Q&A (Part I): After 12 years, ASO’s Robert Spano revels in having found his comfort zone 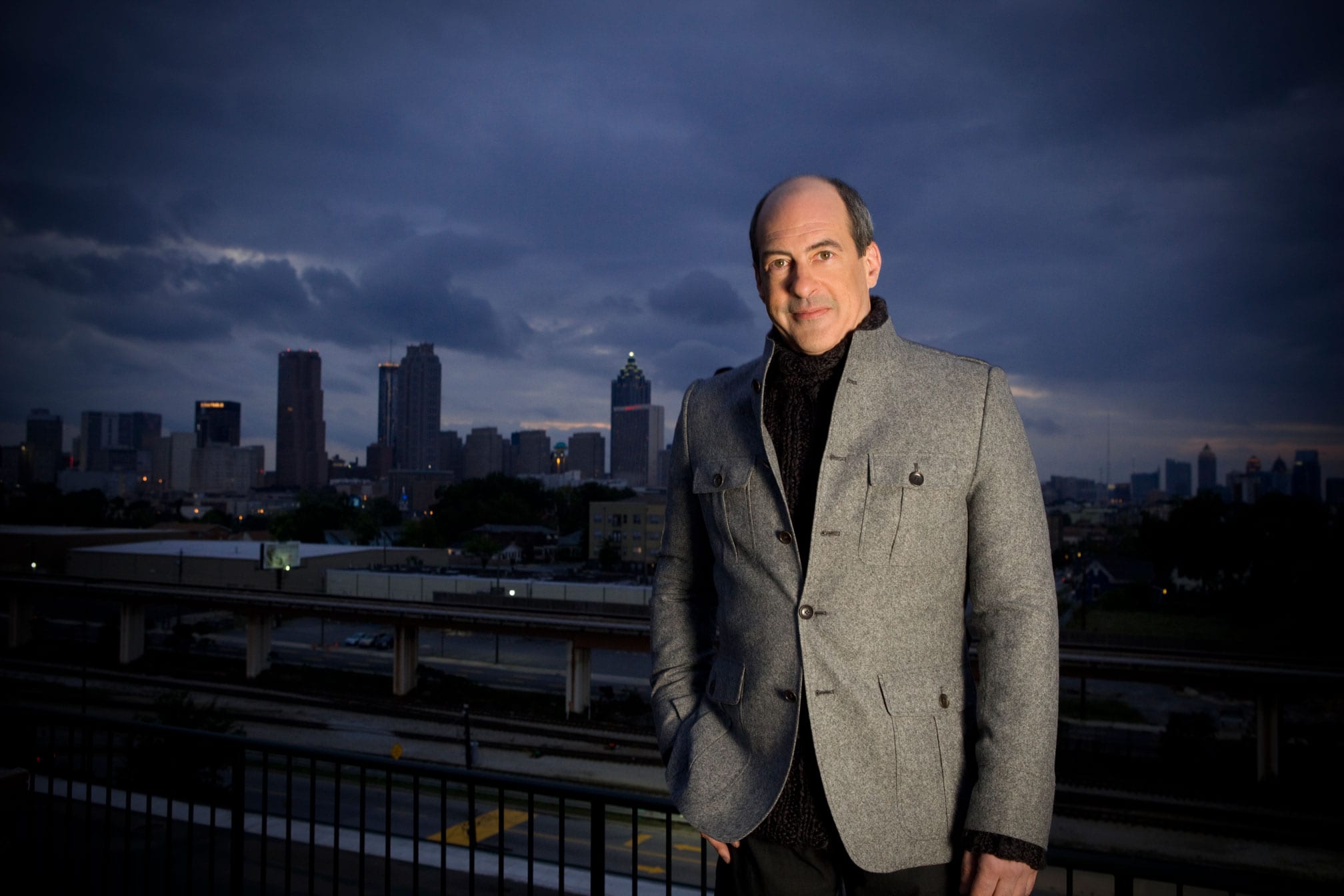 Conductor, pianist and composer Robert Spano has been music director of the Atlanta Symphony Orchestra since 2001. Now in his 13th season with the ASO and its chorus, Spano has become best known for his creative programming mix, a body of recordings with six Grammy Awards among them, and the nurturing of new orchestral music including the championing of works by a group of living composers that has come to be known as the Atlanta School of Composers. ArtsATL recently spoke with Spano in an extensive interview about both his development as a performing artist and his musical evolution over these past dozen years. Below is the first of a two-part series drawn from the 40-minute conversation.

ArtsATL: Tell us about where you are today as an artist, compared with when you first came to Atlanta to become music director of the Atlanta Symphony Orchestra, the personal changes and growth over those years.

Robert Spano: About halfway through these 12 years here, I stopped feeling like the ASO was an institution that was independent of me and started to feel like we were one artistic entity. It was no longer the orchestra that Mr. Shaw built and Mr. Levi perfected, it just felt like we were doing our thing. A lot of that came from the hiring, in part because I’ve hired 30 percent of the orchestra now. We’ve had that much turnover. The other part was just time and knowing each other. 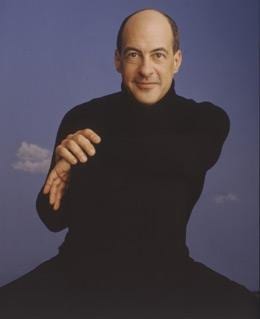 One of the things that’s so gratifying about conducting here now is how much the orchestra already understands me, how much I already understand the orchestra. So we start somewhere higher in aspirations than when you’re still getting to know an orchestra or meeting an orchestra for the first time. We understand a lot about each other, what expectations are, what musical values are paramount. The intimacy that’s happened over time, there’s something really irreplaceable about that for me.

That’s what I wanted when I came here. I’m remembering the very conscious thought in my mind at the time. I did have Brooklyn Philharmonic, which I loved, but we did five concerts a year so it wasn’t the same as a standing orchestra that’s working week to week and full time. I wanted to find out what could happen if I had an orchestra that I could really live with and we would grow together. It took me five or six years to feel like, “I know what you need from me.” Some of this is demonstrable and explicable. Most of it is intuitive and the knowledge that comes from “doing.”

The other thing, apart from the music making on stage in that immediate and lived way, the Atlanta School [of Composers] was never in my design. We didn’t set out to do that. It evolved very organically. One day I woke up and there it was.

What we did do was say, “We’re an American orchestra in a quintessentially American city. We’d like to commit to living American composers, why don’t we commit to composers of my generation? Let’s not get a composer in residence, which is one way of approaching how to do new music with an orchestra. Let’s not do a scatter shot of a lot of composers. Let’s just focus on a few so that we [and] our audience have time and opportunity to develop real relationships with [them]. Let’s repeat them and do different works of theirs, record them and tour their repertoire.” That led to a realization that there was something going on in American music that was generationally identifiable.

I had to speak at a board meeting and was supposed to say something inspiring. It was early, so I’m walking to the meeting with my coffee thinking, “What the hell am I going to say?” It was then that I realized these composers we’ve been cultivating, however different they are, have something in common. At that point it was Michael Gandolfi, Jennifer Higdon, Osvaldo Golijov and Chris Theofanidis. They may not sound like each other on the surface but when you start to look at how they’re distinguished from the previous generation, their teachers [and] the kinds of materials they use and what interests them, they’re all tonal, tuneful and influenced by popular or world music. They share that aesthetic, however differently they engage it. I got very excited because I hadn’t thought of it in that way. 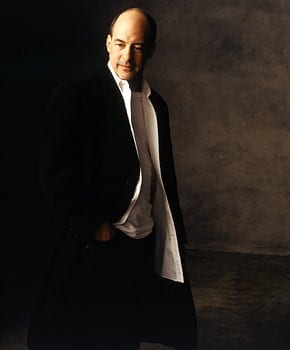 At that point, when I talked to the board, I was saying “These composers represent a new American school of composition which is as identifiable as any other in history.” You can hear that this is happening with music, that there is a shift. They don’t sound like [Charles] Wuorinen. I said “American,” then we realized if we’re going to identify them this way, then let’s have some hubris. Let’s call them the “Atlanta School.”

Spano: And the dissemination of their music was largely due to the work we have done with them in the first place, getting those recordings around. They’ve become the most-performed living [American] composers. Their music is a vital part of the repertoire.

I think I’ve been misunderstood a bit in my efforts to do this [but that’s] changing as time goes on. I think my colleagues now realize it’s not true that somehow I think this is better than or more important than [other contemporary music]. I felt it was the right agenda for the ASO to do. I love these guys and I love their music, but it’s not an aesthetic judgment about music in general. In other words I still want my Boulez in my listening and performing life. I just happen to have really eclectic interests.

ArtsATL: How has the Atlanta School of Composers evolved in terms of the kind of mutual understandings, between conductor and composer, that you have developed with the orchestra?

Spano: What’s fun for me is trying to intuit what would be great to hear from them next. Michael [Gandolfi], for example, was not so comfortable when I asked him to do a choral piece. And then as it turned out, it was fantastic choral writing. With Chris [Theofanidis], it has always been a little different. I’ll say, “Chris, I think it’s time for the big symphony,” and he’ll say, “I can’t believe it, but that’s what’s been on my mind.” So “What’s next,” has been exciting.

ArtsATL: We’ve been talking about the development of your relationship with the Atlanta Symphony Orchestra musicians over your dozen years as music director and the parallel emergence of the Atlanta School of Composers. But you also have a musical life outside of Atlanta and the ASO. This season your schedule features three appearances at Carnegie Hall. One of those is upcoming, a performance of Britten’s “War Requiem” on April 30 with the Atlanta Symphony Orchestra and Chorus. But the other two of your Carnegie appearances have already taken place, back in October, both featuring new music by living composers.

Spano: Yes, I did a wonderful concert with American Composers Orchestra. We did [music by] Julia Wolfe and a composer I’ve never performed before, Fred Lerdahl, who has been teaching at Columbia [University] for decades and is a magnificent composer, and a young Irish American composer, Peter Fahey. We did a piece by Chris Theofanidis, too, the Bassoon Concerto.

ArtsATL: You’ve also been championing new music as a collaborative pianist, especially this past October when you did a nationwide tour with soprano Jessica Rivera and mezzo Kelley O’Connor that concluded in New York with a performance at Carnegie. 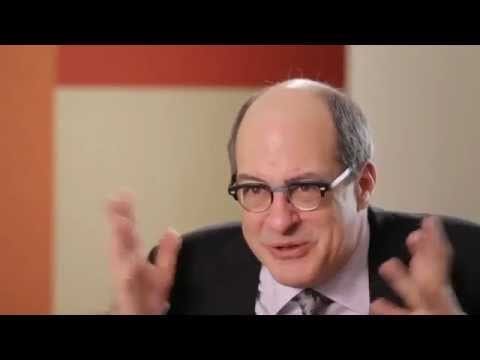 Spano: Oh, yes, we’ve had three world premieres: a cycle [of songs] for each of them and a couple of songs for the two of them together. Some of it was by Jonathan Leshnoff, who is coming into our [ASO and Atlanta Composers] family now. We’re performing his Flute Concerto in a couple of months, which I performed in Philadelphia with principal flute Jeffrey Khaner [of the Philadelphia Orchestra], who was one of [ASO flutist] Christina Smith’s teachers. Then we have a symphony coming from him next year, and he’s also [composing] a big choral piece to be on a program with the Brahms Requiem. So we’ve got a lot set up with him.

The other new voice coming in this long range planning way is Mark Grey, who’s the sound designer for John Adams. He did [that for Adams’] “On the Transmigration of Souls” and for “Doctor Atomic.” We worked with him quite a bit with John. That’s been the other exciting thing for me to witness, as I start to perceive the landscape differently, I now think of John Adams as a kind of “Papa” to this generation because he was using exactly those things a generation before that make them have something in common.

The other nice thing for me in the last 12 years is I’ve started composing again. I had stopped, basically, when I was 31 or 32. I didn’t write anything until 2004 or ’05. Then this year I just finished some songs for Jessica Rivera and myself, which we performed in one of the recitals we did on our tour with Kelley [O’Connor]. Kelley couldn’t be at that one. It was [at] Pepperdine, where Jessica had gone to school. Before we performed them live, we recorded them at Oberlin, which is where I went to school. We were enjoying the fact that we were employing our alma maters to get this project done.

We recorded those just before I went to Aspen, so we’re releasing on iTunes because I’ve only got about 22 minutes of music. There is not enough there for a CD, but I was encouraged to release it on iTunes anyway.

Part II may be found here.