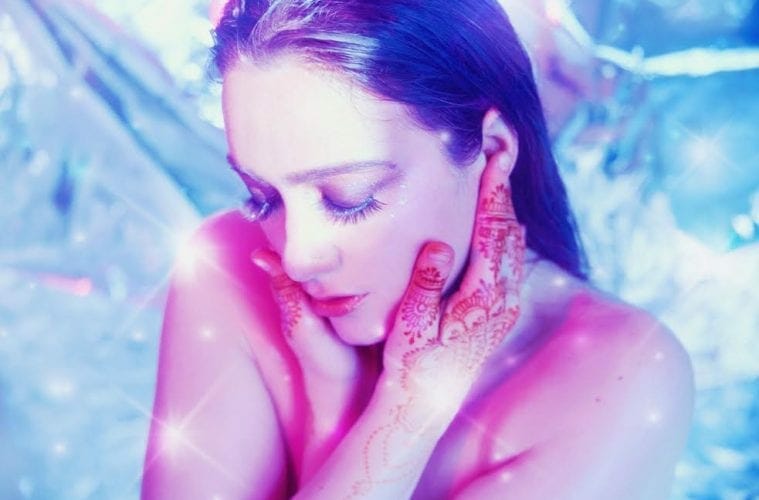 Indee Killed The Pop Star releases her debut EP, "The Climb," on September 5 at Aisle 5. (Photos by Vegas Giovanni Photography)

Atlanta’s Jennifer Zuiff, more commonly known by her stage name of Indee Killed the Pop Star, gears up for her debut EP release show Thursday at Aisle 5. The release show will feature new songs from her EP, The Climb, as well as music from artists Lazuli Vane and Ansley Fain. “The show involves all the people that I absolutely love and adore,” says Zuiff. “I’ve never done something this big, and I’m doing it DIY, so it feels really good.”

Growing up around classical music influences, Zuiff spent her early career training to sing opera. After a vocal injury at age 19, her career took a stylistic shift as she began to experiment with new genres and sounds. Through her vast vocal range, dreamy tone and mission to heal through music, Indee Killed the Pop Star was born and has since been a prominent vocalist in Atlanta.

Zuiff borrows elements of classical, folk, indie and dream-pop music to complement her haunting tone. ArtsATL sat down with Zuiff to learn more about her path to creating an individual sound and her intentions behind her upcoming EP.

ArtsATL: You started singing opera at a very young age. Tell me more about that.

Jennifer Zuiff: My mom is a concert pianist, and she studied in Russia. We all come from a musical family, so it’s in our lineage. I grew up listening to her play the piano and teach students, so that’s basically where it started. I think the opera is still there — there’s classical harmony in my sound; I don’t think that’s ever going to go away. Have I changed a lot? Yes — with vocal injury, it’s given me a new tone, a new sound. I’m always into new kinds of genres and exploring in all kinds of ways. I think [my music] is constantly changing, but I do think that operatic sound is still there, and people still comment on it to this day. ArtsATL: Given that you are influenced by so many genres, how would you describe your sound to someone?

Zuiff: The Climb is an amalgamation of a bunch of songs that I wrote in my twenties with no relation to each other. It’s not a concept album, but it kind of became one. I called it The Climb because the DIY life was such a struggle, learning how to be a person and function through anxiety and depression and still be an artist while pursuing my dreams. All those songs came from the struggle. It finally feels like it’s coming to an end and things are really happening, I’m in a really good place right now. The sound is kind of all over the place, but it’s me finding my sound. A lot of people tell me the thing that ties it all together is my vocal tone. I’ve always been super influenced by ’90s music, so you probably hear a little bit of that mixed with my classical sound, folk, indie and dream pop.

ArtsATL: What is your favorite part about being a musician?

Zuiff: I’ve tried to do other things, and what always happens is that I wake up and I’m so depressed when I decide to do something else and quit music — I’ve quit music several times. I know that I have to do this. When I start music again, I get that reaction from people like “that really inspired me” or “I really needed to hear your song today.” It feels good to put out positive vibes into a world that we need more positivity in. I feel very lucky that I’ve decided to put myself into that position to use music for good. There’s no other reward. I’m not doing this for the money — I do this because I feel a greater calling that is unexplainable.

ArtsATL: Tell me about The Climb. What can we expect?

Zuiff: The Climb is five songs — one of them is “Colors.” We did a remix of it to match the record. The EP took a really long time to make — it took four years. Chelsea Shag is playing the guitar part in “California,” and then my former student, Olivia Knight, is on “Coolest Kid.” She wrote the second verse. The songs are about love; they’re about inspiration. It’s a healing record — in a hip way.

ArtsATL: How do you feel your music can influence your audience?

Zuiff: I think it depends on the person and what they need. I hope that my music can bring whatever a person needs because I think everyone is going through their own journey and their own struggles. Whether it’s people who struggle with first-world problems or financial things who just need a little encouragement. I can’t physically go out and hold people’s hands and help, but my intention and my hope is that this music, my voice and my presence in the world as Indee will help.