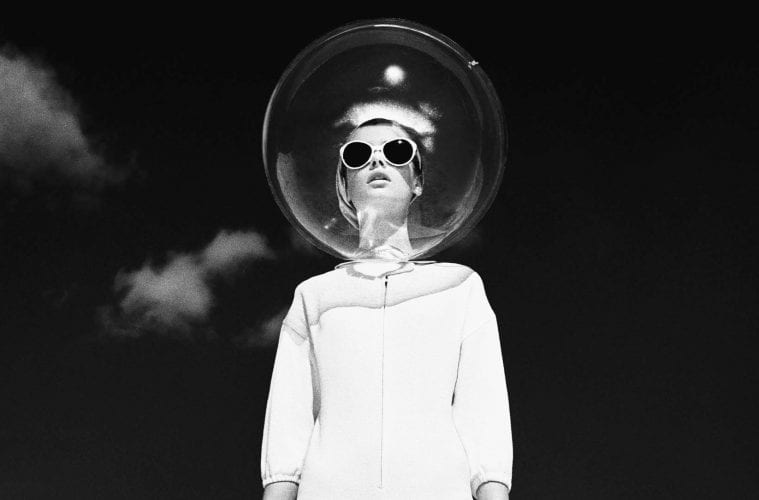 Q&A: Georgia Tech’s Lisa Yaszek on why “The Future is Female”

Lisa Yaszek holds an unusual position at Georgia Tech: Professor of Science Fiction Studies. In her academic work, the self-proclaimed devoted Star Trek fan primarily focuses on recovering the lost voices of science fiction and discovering new ones, with a special emphasis on women and people of color.

She also explores how scientists engage the language of science fiction in their arguments for and against certain lines of research, something that’s particularly interesting to do at a place like Georgia Tech, she says. Georgia Tech is not only renowned for its innovative work in the realms of science and technology, but it was also one of the first universities to ever offer science fiction classes for credit in the early 1970s, and today it possesses one of the top 20 science fiction research collections in the world. As part of her work in discovering and sharing lost voices, Yaszek has written or co-written several books that present women writers’ perspectives on the future and celebrate their work: Galactic Suburbia: Recovering Women’s Science Fiction and Sisters of Tomorrow: The First Women of Science Fiction.

Her latest book, The Future is Female!, highlights 25 stories written between the 1920s and the advent of the feminist movements of the 1970s. The stories present a range of characters, from alien warrior queens to fighting housewives and heroic astronauts, while speculating about the possible futures of society, technology and gender itself. “I hope that readers will leave these stories feeling inspired to make their own mark on the future, whether that mark is literary or scientific,” Yaszek says.

Decatur’s Eagle Eye Book Shop hosts Yaszek for a launch party on Tuesday, October 9, beginning at 7 p.m. ArtsATL caught up to chat with Yaszek in advance of the new book’s publication.

ArtsATL: Tell us about The Future is Female! What is the concept behind it, and why is it important to highlight these women that are often overlooked?

Lisa Yaszek: The Future is Female! celebrates the three generations of women who contributed to the development of science fiction as a distinct popular genre. Most people recognize Mary Shelley’s 1818 novel Frankenstein as the first popular science fiction story, and many of us grew up reading all the wonderful women writers of speculative fiction who started publishing around the time of the feminist revival in the 1960s and ’70s, including Madeleine L’Engle, Ursula K. Le Guin, Margaret Atwood and Octavia Butler. But what about the long period between 1818 and the 1960s? What were women doing then? It turns out they were writing science fiction about all the same big, sexy topics as their male counterparts — sleek spaceships, fantastic aliens and exotic planets — while also exploring the impact of new sciences and technologies on the home and exploring the range of roles that women might occupy — as alien queens, barbarian adventurers, lady scientists, heroic astronauts and even high-tech housewives — in our many possible futures.

My editors at the Library of America and I decided to focus specifically on authors of the 1920s to the 1960s because those were the decades when science fiction developed its own creators, publishing venues, stylistic techniques and thematic concerns. It’s important to remember the rich history of women in the early science fiction community because it provides context for all the great women’s science fiction we enjoy today. While some of the story forms and character types might seem old-fashioned, all of these authors explored issues of science, technology and social justice that were just becoming important to Americans at the beginning of the twentieth century and that are still very much with us in the present moment. Without women dreaming themselves into the future in print first, we might not have those strong female character scientists-led films at all.

ArtsATL: How did you dive into the research and pinpoint the women for this new collection? What do you hope readers will walk away with after reading the stories of these heroines?

Yaszek: I read a lot of stories for The Future is Female! The Library of America generated an initial list of authors their editors were interested in, based on the resources they had at hand — mostly internet searches and old anthologies. I completed the list by cross-referencing it with information from a science fiction research database that includes publishing information for all the major science fiction, fantasy and horror magazines from the 1880s to the 2000s. At that point, we secured copies of all those stories and then the reading began in earnest.

I had over 300 writers to work with, and I tried to look at at least one piece from all of them. Two main criteria guided my reading and selection process. First, I wanted stories that demonstrated all the different ways women have helped develop science fiction as the premier story form of modernity. From the beginning, women grappled with big scientific and social issues that are still very much with us today, ranging from the mechanics of space travel and the ethics of nuclear weaponry to the role of women in building the future. Second, I wanted to show how women experimented with different literary techniques to best convey human reactions to scientific and social change. Women in science fiction have long prided themselves on character development, creating sensitive male scientists, stoic aliens and, of course, a variety of female characters who go well beyond the stereotype of the love interest or beautiful alien monster.

ArtsATL: In your opinion, do you feel like men and women have similar or different perspectives on the future as it relates to science fiction?

Yaszek: Based on the stories I’ve worked with, I’d have to say that men and women often have the same hopes and fears about the future, especially as they imagine those futures in relation to the sciences and technologies of their day. So, for instance, both women and men writing for the early pulp magazines celebrated the liberatory potential of science and technology, while after World War II, they often warned of the dangers attending new technologies such as atomic weapons. Today, we see a lot of interest from authors of all sexes in the promises and perils of communication technologies and social media.

Where they do often differ is in their assessment of how new sciences and technologies will shape and reshape society. Women have long been the targets of, rather than subjects who control, scientific inquiry and technological manipulation, so it’s perhaps no surprise that they are often more . . . cautious, if not outright skeptical, about the inevitable benevolence of the tools we create and the futures they might allow us to forge — this begins with Frankenstein and extends all the way to The Handmaid’s Tale.

Yaszek: I hope that we can take our cue from the young people around us who seem to be increasingly bored by these binaries and hopeful for truly new and different futures. We’ve seen a number of gender-fluid artists earn accolades in the science fiction community and in popular culture at large over the past few years, and I’ve encountered quite a few students in my classes at Georgia Tech who are proudly nonbinary.

WisCon, the oldest feminist science fiction convention in the world, has always offered attendees the option to choose and create their own gender orientations, and now Facebook offers users 71 options. I hope this trend continues — the more genders we have, the more perspectives we have, the more truly new and better futures we might be able to build for all.