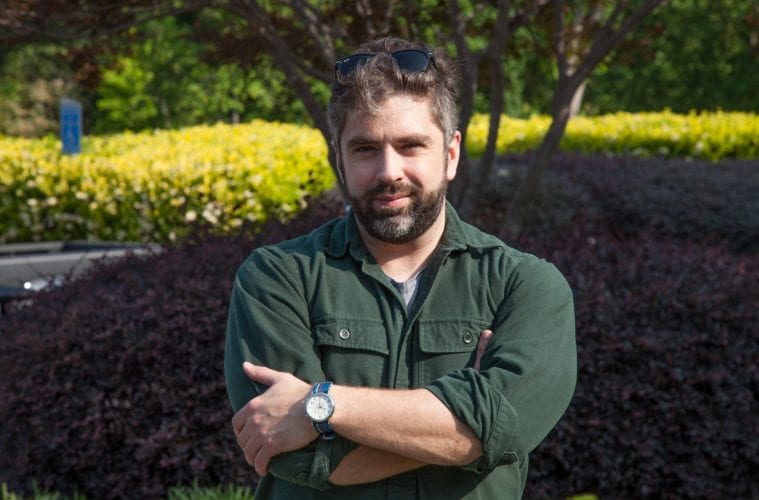 Nately’s, a new Atlanta-based literary magazine, offers a venue for writers in the city and around the country. Though only live since early March, founder and editor-in-chief Jerad W. Alexander has already curated an impressive array of work. An experienced writer with a background in publishing and photojournalism, Alexander says about his practice of editing the magazine so far, “Reading and publishing this work, I’m experiencing things I wouldn’t have experienced otherwise. That’s irreplaceable.” As their introductory post “Who We Are” announces, “Nately’s is beholden to no master of mode. The fundamental editorial policy of this magazine is to be as truthful as possible to the story being told.” Open to fiction, nonfiction and poetry, Nately’s is currently accepting submissions in all genres. Check out their submission guidelines to send them some great work and keep your eye out for future Nately’s sponsored readings in the Atlanta area.

ArtsATL: How did Nately’s come about as an idea, something you wanted to devote your time to and make real?

Jerad Alexander: I’d been toying around with the idea last summer, thinking about the concept of running a literary magazine of some sort. I had done editing work for a military magazine that devoted its time to fiction and nonfiction from veterans. I’ve also written and submitted a lot of fiction. So when you do that you get to see how a lot of online magazines operate and there were things about it I liked and things about it I didn’t. But after I’d had a conversation with a couple of good friends, Nick Tecosky from Write Club and Amy Stufflebeam from Bleux Stockings Society, they kicked me in the ass and said: “You should do this!” I was looking around at the climate in the city specifically, and there’s not really an active literary magazine in town. I wondered if there was room for a magazine that moved a little bit faster, and that’s kind of how it started. Then it morphed into something broader concerning its journalism intent, but that’s kind of where it started.

ArtsATL: Did you imagine Nately’s as something that specifically a space for writers in Atlanta or were you thinking beyond the city, too?

Alexander: Right now I have it set up for beyond the city. I don’t want to limit it to just strictly an Atlanta audience, but I will certainly publish an Atlanta writer. One thing that I want to do is to keep the door open to perspectives that are outside of our community. Otherwise, we’d lose a lot of content, a lot of perspectives. The headliner now is a nonfiction piece called “Finding The Lusty Lady,” a nonfiction piece about Seattle, so we’re already looking to represent work nationally and to a national audience.

ArtsATL: How does your background editing a magazine that focuses on fiction and nonfiction by veterans influence the choice you want to make for Nately’s?

Alexander: One of the things I’ve noticed, especially about magazines that focus on poetry and fiction, is that there’s a tendency to look back at the industry and talk to it. It’s almost as if the writers are writing for themselves instead of for an audience. The more I worked in that environment, the more I realized that Nately’s has to be facing outwards. Even in the Marine Corps, where I spent my time as a combat correspondent, they had a tendency to write stories for their limited audiences instead of for the people who are sending their kids off to do this job. I never understood the value in that. So with Nately’s what I wanted to do was to turn that around and bring in content that would attract someone who may not be a writer or who indulges in literary craft, either from an academic side or a reader’s standpoint.

ArtsATL: What’s the inspiration for Nately’s as the name of the magazine?

Alexander: Well, Nately is a character from Joseph Heller’s novel Catch 22. He’s a kind of a buffoon of American patriotism. There’s a particular scene in the book and in the film where he’s talking to this old Italian gentleman, and Nately is being trolled by the Italian who is telling him “Americans are insane! Why fight all these wars? You’re just going to end up losing it eventually. Even if you win, you lose!” And this kid Nately, filled with all this dubious patriotism, reacts like, “This is crazy. We’re the best country in the world!” That sounded like an interesting character to me, and that’s influenced by my military background since I don’t believe in jingoism or that sort of extreme flag-waving. Using that character’s name to identify the magazine is a way of making a subtle critique of that worldview.

ArtsATL: How does that reference and evaluation transfer over into the sort of work Nately’s will publish?

Alexander: One of the things I want to do with this magazine is to make sure that I’m publishing work that gets to the bottom of something, to the truth. Whether we’re talking about a piece of fiction about war or an essay about covering the presidential race, I’m looking for work that describes what it means not just for people on the ground but for us as a society, similar to the writing associated with the New Journalism of the ‘60s and ‘70s. I think of what Hunter Thompson did with Fear and Loathing in Las Vegas where he creates this long two-part story about being in Vegas and dubious drug use, but there’s a deeper truth in that about the creation and destruction of the countercultural movement. The more stories I see like that, the more excited I get.

ArtsATL: How will the submission process work with the magazine? Will you be soliciting individual writers in addition to reading submissions?

Alexander: Right away we’ve had to solicit some work to get things rolling, but I’m already getting submissions from folks I don’t know, which is great. I also believe in asking for pieces I hear at readings, so if I’m at an event in Atlanta’s lit scene, and listen to a piece that hits me and has room for a broader audience, I’ll ask the author for that. One of the things I want to get into is commissioning work, but that’s a long-term goal.

ArtsATL: Is there work you’re particularly excited about that you’re getting ready to publish?

Alexander: Let’s see – we just published essays by Myke Johns, the other half of Write Club, and an essay by Ellaree Yeagley, the other half of Bleux Stockings Society. Both of those pieces are cool and well-written, and I’m excited to get them out. Then aside from particular writers, a cool feature at Nately’s is that we offer a downloadable audio recording of every piece we publish read by the authors themselves. We always wanted Nately’s to have a multimedia element – it’s not enough just to have text now. Podcasting is so huge, from Serial down the line, people are listening to spoken word during their commute, around the office. I mean, it’s the person who wrote the piece reading it, not a voiceover actor reading it and adding their flourish to it, it’s the actual writer. We’re excited about that feature.

ArtsATL: Who are three writers, living or dead, you would publish tomorrow?

Alexander: Matt Taibbi, Ta-Nehisi Coates and third, maybe Nora Ephron – she was insightful and could stir up trouble. Joan Didion would be awesome. Hunter Thompson would be cool, too, but after about 1980 he fell off. If I could get 1968 Hunter Thompson, like between Hell’s Angels and Fear and Loathing in Las Vegas, I’d publish that in a heartbeat.