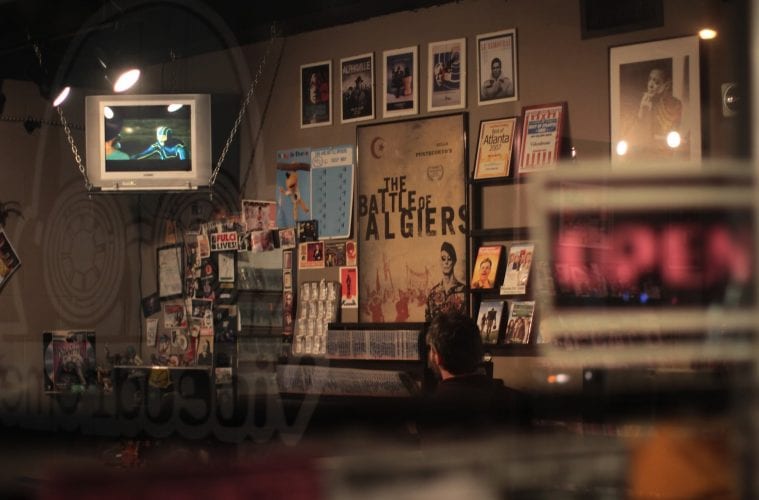 In an era of streaming movies online, Videodrome still walks to the beat of its own drum 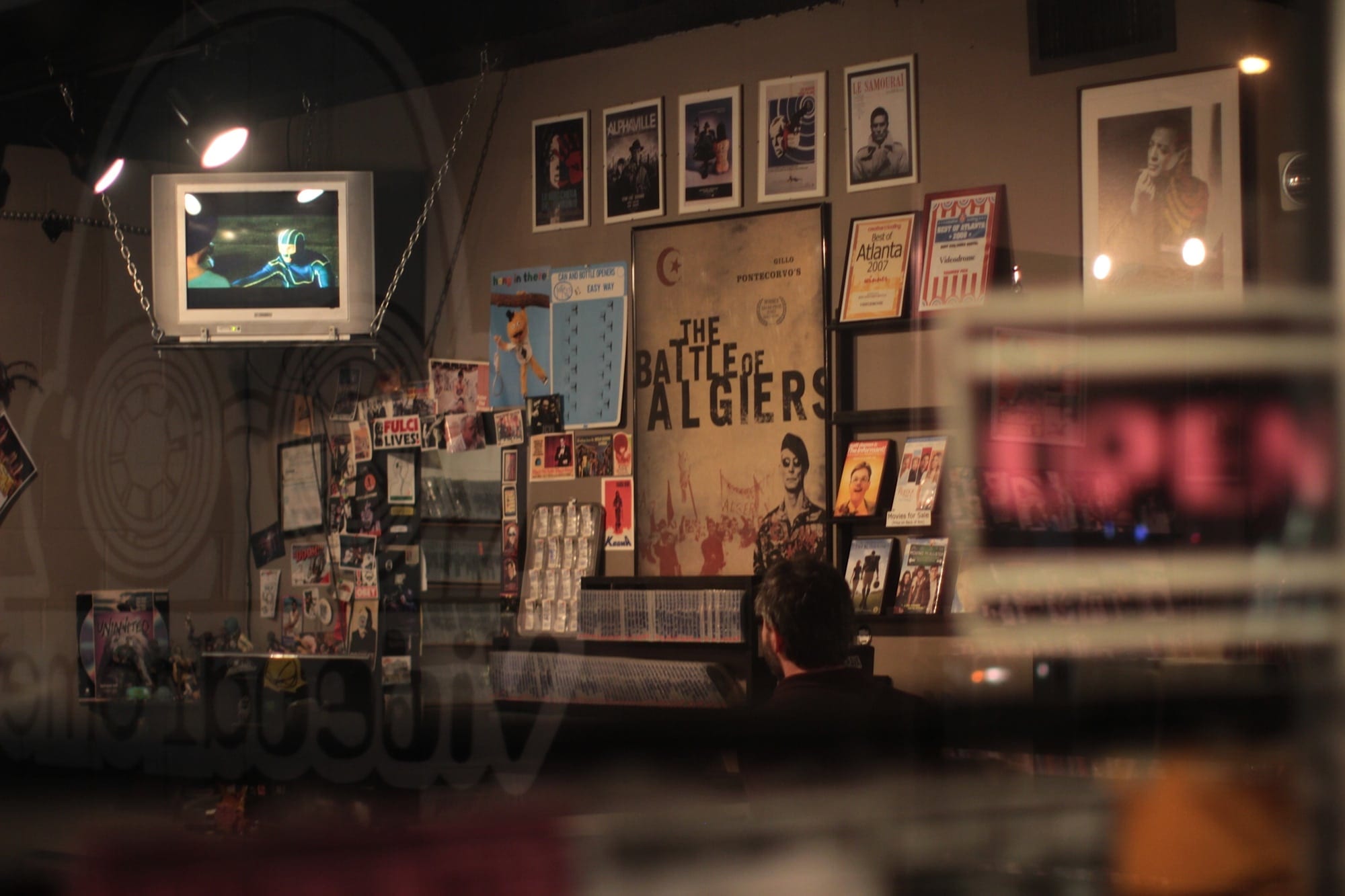 The former rental giant, now owned by DISH Network, will also end its DVD-by-mail service to focus on building the brand’s digital presence. It’s a move critics say is too little, too late as Netflix surges toward 30 million U.S. subscribers and aggressively expands its digital catalog with big-budget licensing deals and original series.

Closer to home, Atlanta residents had already long ago said goodbye to the big blue ticket stub. According to Blockbuster’s website, only two Georgia locations remained: one in Norcross and another in Covington, both of which will now close. Two years ago, intown cinephiles mourned the loss of locally owned Movies Worth Seeing in Morningside, which shut its doors after 25 years.

That leaves Videodrome on the corner of North and Highland avenues as Atlanta’s remaining (nonadult) video store, independent or otherwise. With many writing the obituary on DVD rental as a whole, are Videodrome’s days numbered?

If owner Matt Booth is worried, he’s not showing it.

“We’re fine,” says Booth, 40. “Our last three years were better than the three before that. There were little bumps when the economy dipped in 2008, but since then we haven’t had a problem.”

But what about the conventional wisdom that young audiences are turning away from old media in favor of new technology? 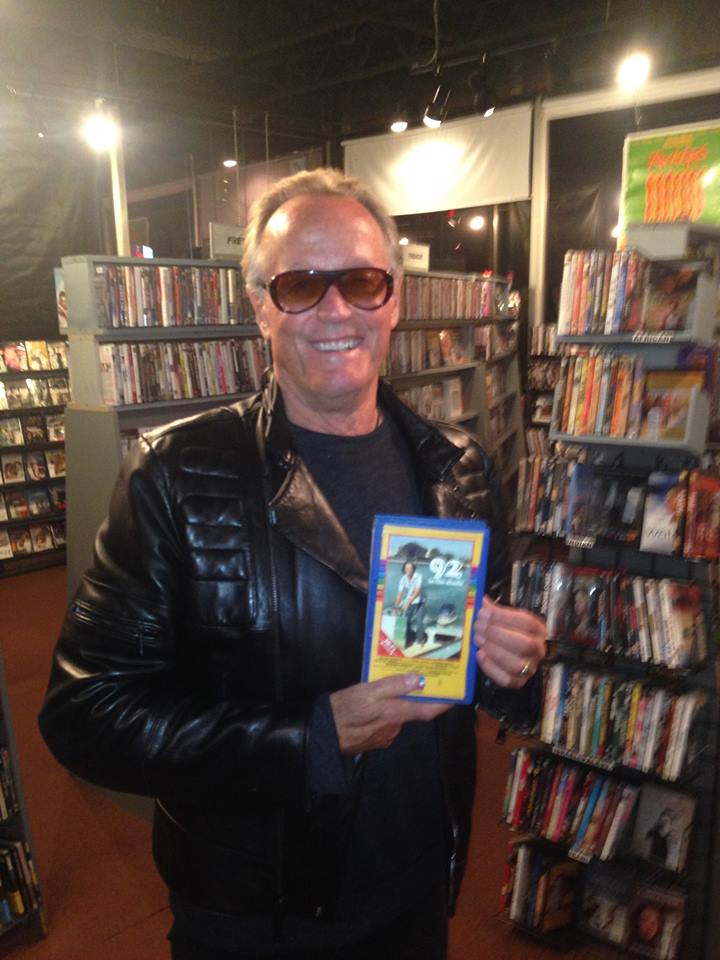 “There’s all different kinds of younger people,” he says. “A lot of the younger kids either can’t afford all that stuff or just aren’t interested in being a part of it. There’s always money to be made on the edges of things.”

Booth points to the ongoing success of independent video stores in cities like Austin, Portland and Seattle, and compares the DVD rental crowd to music fans still passionate about vinyl. And despite Netflix’s famous attempts to improve its user recommendations, Videodrome’s customers say nothing beats talking to real people.

“You get the interpersonal relationship with these guys,” says Bob Gottlieb, 44, a Videodrome regular since 2010. “There’s one [employee] who’s like Quentin Tarantino [who started as a video store clerk]. That guy knows movies.”

When Booth and his former business partner opened Videodrome in 1998, Blockbuster was still marching toward ubiquity, peaking with nearly 9,000 nationwide locations in 2004. According to Booth, the rise and fall of Blockbuster over the past few years has had little impact on Videodrome. “I don’t even consider them the same business as I am. Blockbuster’s more about moving stock prices. For us, we focus on the films.”

As movie studios and TV networks shift their focus to streaming, the unpredictable flux of content availability can be frustrating for fans, not to mention expensive, says Booth. “If you want to see a broad spectrum of things, they only have pieces,” he says. “So you have to have an Amazon account, an iTunes account, a Netflix account. But we have all [of that content].”

Strolling through Videodrome’s roughly 17,000 titles, clerk Alex McCleskey, 32, says each one has been carefully chosen over the years, unlike those on Netflix. “Netflix would like to pretend that they’re curating, but because of their licensing deals, they’re just this machine that’s accumulating things,” he says. “When I look at one of their menus, to me it looks like a Kroger video store in the ’90s.”

With the 1954 British sci-fi film “Devil Girl from Mars” playing on screens above us, McCleskey rattles through the foreign-film shelves as if reading an atlas: China, Japan, South Korea, Indonesia, Mongolia, Belgium, Italy, Spain, Mexico, Argentina, Brazil, Poland, Serbia, Denmark, Ghana, Israel, Palestine, Iran. Even then, McCleskey says, “There will always be someone who’s like, ‘You don’t have enough Ecuadoran films!'”

McCleskey says the Internet has influenced the customers at Videodrome — but not by driving them away. Rather, the various “Top 100” lists that circulate online have made fans more aware of classic and obscure films, many of which are unavailable for streaming on Netflix. 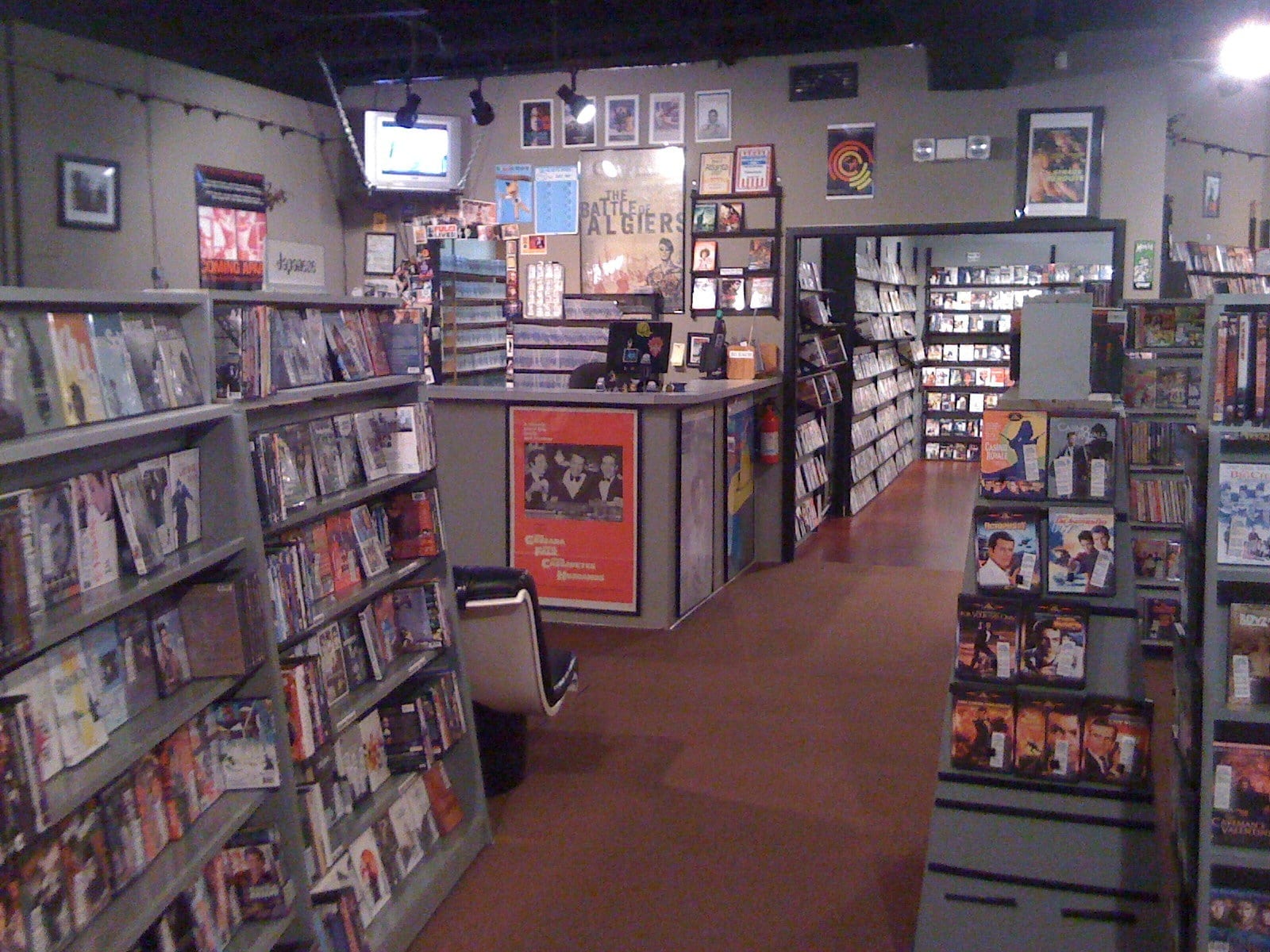 Videodrome is a relic of the past that helps keep the past alive.

Former film student Drake Hamilton, 22, subscribes to Netflix but comes to Videodrome twice a week. “Netflix doesn’t have enough,” he says. “Most of the stuff I really want to see, I can find here.” As he checks out “Five Easy Pieces” (1970) and a film by UK director Andrea Arnold, Hamilton chuckles. “Maybe I just watch too many movies,” he jokes.

With traffic noise humming outside the open door, Booth credits Videodrome’s high-visibility location as key to its success and says the store evolves to meet the needs of the neighborhood. As the residents have become more family-oriented, so has the selection, with an entire section now dedicated to animation and kids TV. “We just want to be part of the community,” Booth says. “We wouldn’t be here without our regular customers, the people who come in two to three times a week. That’s what makes us.”

Among those regulars you’ll find a few famous faces, thanks to the influx of film and TV production throughout Georgia. “Andy’s in here all time,” says Booth, referring to Andrew Lincoln, the star of AMC’s “The Walking Dead.” The store also gets frequent appearances from Lincoln’s costar Steven Yeun, along with cameos from stars like Woody Harrelson, director Atom Egoyan and the cast of “Anchorman 2” (2013), shot in Atlanta earlier this year.

Just a few weeks ago, film legend Peter Fonda dropped by and even offered a few recommendations for the store’s Facebook page. “You don’t want to nerd out or act starstruck,” McCleskey says of the store’s celebrity clientele. “But when Peter Fonda was in here, I was a little shaky.”

Even though Videodrome’s business remains steady — with an extra boost from this year’s exceptionally rainy summer — Booth is realistic about the future. “I don’t expect this to last forever,” he says. “I opened it when I was 25, now I’m 40. I’m surprised it’s lasted this long.” But he’s in no hurry to see it go. “I love doing it, I like being here, and I love talking to customers about movies.”