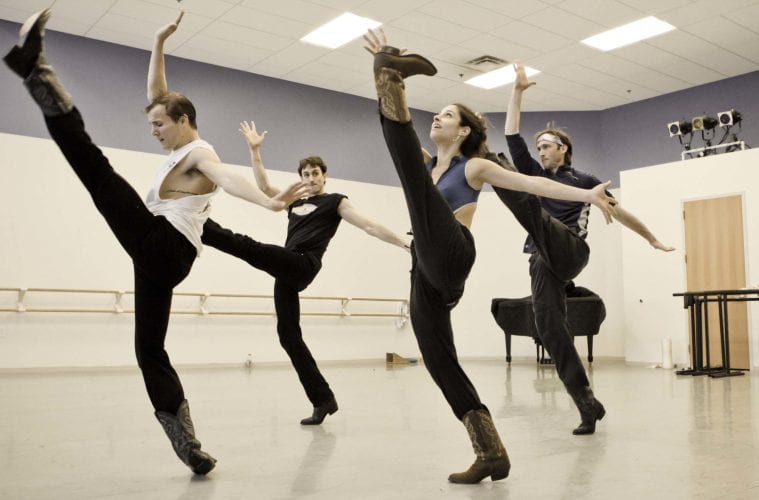 Preview: Atlanta Ballet will strap on its cowboy boots for an evening of Johnny Cash 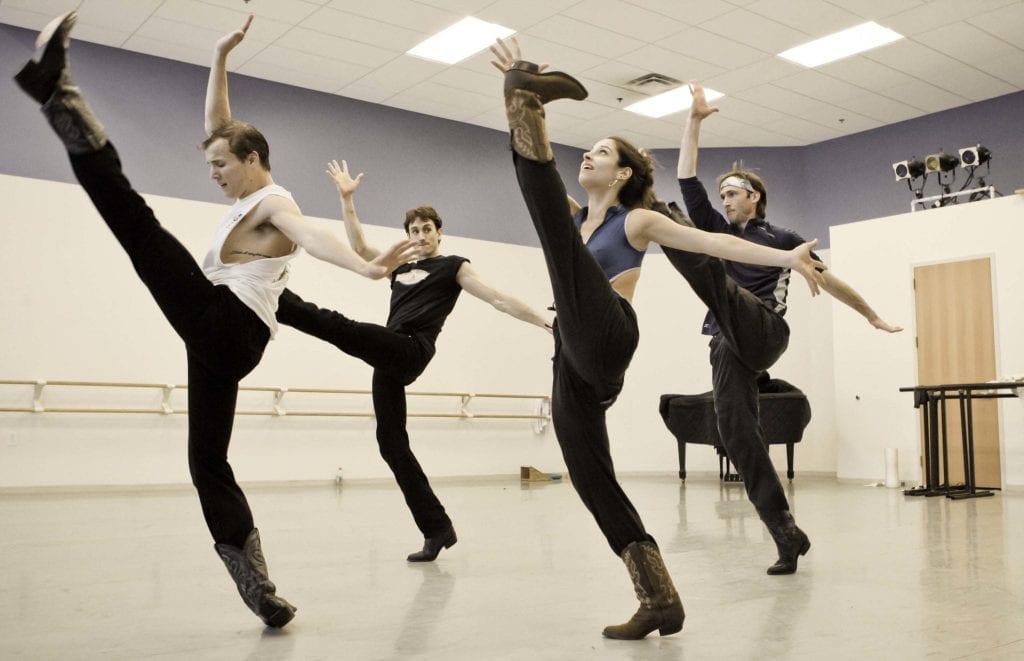 It’s a sound that’s jarring and severely out of place, the loud and almost military stomp of boots in a rehearsal studio at the Atlanta Ballet on the Westside. The eight people on the dance floor are dressed in black: jeans for the men and skirts for the two women. All eight wear cowboy boots, which explains the black scuff marks on the floor.

The choreographer, James Kudelka, is also dressed in black, and he’s trying to coax higher leg kicks from the female dancers. “Good,” he calls out as both finish a series of kicks that take their boots to eye level and higher. “That’s it.”

Kudelka nods to the ballet mistress seated by the stereo system, and she turns to punch a switch. A couple of acoustic guitars ring out of the speakers with the cadence of trotting horses, followed by a dark and booming voice: “My name it is Sam Hall and I hate you one and all … damn your eyes!”

Only one singer could sing those lines and get away with it, the same singer who once “shot a man in Reno just to watch him die.”

The Atlanta Ballet will present “The Man in Black,” a six-song suite of dances devoted to the music of Johnny Cash, March 23-25 at the Cobb Energy Performing Arts Centre. Also on the bill are “Moments of Dis,” choreographed by Juel D. Lane, and “Flash,” by Jorma Elo.

The songs used in “The Man in Black” all come from the now legendary sessions that Cash recorded with producer Rick Rubin in the final years of his life, most often with just Cash’s voice backed by an acoustic guitar or two. Out of those sessions came one of the most haunting musical performances of the past 25 years, Cash’s rendition of Trent Reznor’s “Hurt.”

“It’s incredible just to hear his voice on that song, the maturity and the sense of experience,” says Jonah Hooper, one of the Atlanta Ballet dancers featured in the production. “That piece is a bit somber. It really speaks about how we evolve relationships and depend on each other. It speaks to that in a really humble, simple way.”

We spoke with Hooper, a native of Blue Ridge who is in his 13th season with the ballet, on the second day of rehearsals with Kudelka.

Jonah Hooper: James Kudelka made the distinction that it’s not a ballet, it’s a dance. With that, there’s a little more avenue for interpretation. It can be a little more like an event. It’s all to Johnny Cash music that he did in his later years, closer to his death. It’s all covers, not the music he was famous for. As a dancer, it was really interesting to hear those songs. I had never heard them by him. My favorite song that we do is “Hurt.”

Hooper: We had a relationship with James because we did his “Four Seasons” about four years ago and most recently at the beginning of this season. That’s how we got introduced to James. John McFall, our artistic director, thought “The Man in Black” would be a good collaborative effort and that there was an audience for that particular piece. We enjoyed working with James, so he brought him back.

ArtsATL: It’s interesting how things have opened up between the ballet and popular music. There was the show with the Indigo Girls and then Big Boi. 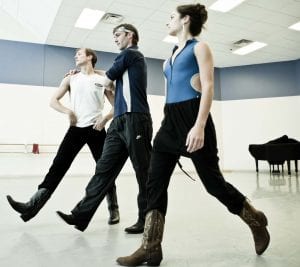 Hooper: We also did a piece with the Red Clay Ramblers. They’re a bluegrass outfit. We also did a collaboration with New Birth Missionary Baptist Church. They brought their entire church ensemble, the band and the choir. Since I’ve been here, that’s five collaborations with musical artists who are live on stage. And that’s incredible because you’re getting to play to an audience you don’t normally get to see. And you’re dancing to music that you wouldn’t ordinarily do this kind of movement to.

ArtsATL: I’ve got to ask, have you ever line-danced? Do you even know what line dancing is?

Hooper: [Laughs.] Oh, yeah. I have done line dancing before. I lived in Louisville, Kentucky, and I used to go two-stepping there. We had a ballet master who took us; it was a gay bar and it was so much fun. I had a great time line dancing.

The last movement in this piece is all based on a simple line dance. Kudelka probably went out and did some research at a country bar and took some of those moves. With that line-dance theme, you come back to a sense of community and a sense of connection between people. In this piece, there’s only four people in it, three guys and a girl. There’s six songs and nobody leaves the stage. It’s just this group and it gets intimate towards the end, which I think is going to be a neat progression for the audience.

I’m excited to see how the audience reacts to us. Yesterday was our first day with James in the studio. We learned the dance about a month ago. So we know all the steps; now we’re finalizing the emotional content and the story and what his vision is.