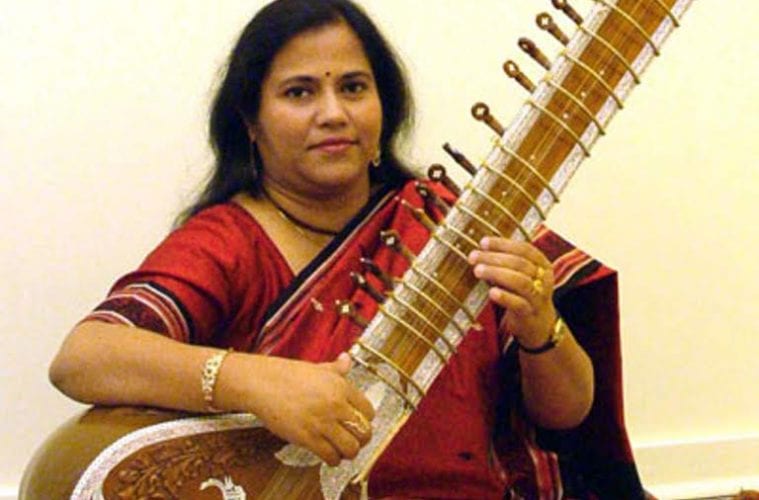 Sitarist Kakali Bandyopadhyay also works as a consultant for the CDC.

Shankar is best known to most music fans as a favorite of the Beatles, George Harrison in particular, and as the father of pop singer Norah Jones. Akbar Khan was a major influence on iconic rock guitarist Derek Trucks.

Bandyopadhyay is an artist affiliate at Emory University, and has been teaching sitar and Hindustani music in metro Atlanta area for the past 18 years. In addition to being a master performer on the sitar, Bandyopadhyay is a scientist with a Ph.D in biotechnology, working in healthcare as a biotechnologist consultant with the Centers for Disease Control and Prevention. As of the 2010 census, metro Atlanta’s Indo-American community numbered almost 80,000, or 1.5 percent of the metro Atlanta population, and has been growing rapidly while staying closely connected with its roots through active communications, travel, and cultural and intellectual exchanges. Despite their small percentage in the overall population, Indo-Americans have long been making significant contributions to the city’s life in science, medicine, engineering, education and business. Likewise, over the last decade or so, both Northern (Hindustani) and Southern (Carnatic) sub-genres of Indian classical music have begun to flourish here and achieve a more visible presence in Atlanta’s arts scene. For many Atlantans, however, hearing it performed live may be a first time experience.

The sitar and tabla are perhaps best-known instruments in the classical musics of India. Bandyopadhyay’s suggestion to those for whom Hindustani classical music is new is “to listen to the music with an open and relaxed mind, get immersed in the melody and rhythm without looking for harmony. This will allow the new listener to get familiarized and appreciate the beauty of this music form and the rest will follow.”

While it is virtually impossible to do justice to any culture’s classical music traditions in one brief statement, there are a few concepts that perhaps can be noted for benefit of the interested novice listener. One of those is raga.

In South Asian music, raga is the most important concept, and the classification of ragas plays a significant role in its theory and practice.

The term raga (and variants raag, rag or ragam) comes from Sanskrit, meaning “color,” “melody,” “beauty” or “passion.” Essentially, a raga is a melodic framework for composition and improvisation, based on a scale with a given set of notes, the order in which they appear, and both motifs and emphasis on degrees of the scale that are characteristic of the raga. Utilizing these aspects, the performer creates an emotional mood that is specific to the chosen raga. Bandyopadhyay and Sastry performing at the Academy of Medicine in 2015.

Another helpful term is tala, for the cyclic rhythmic pattern of a composition, which has complex rules for its elaboration, as well the collective topic of rhythm. All of the ragas above will involve the 16-beat cycle known as Teentaal, the most common tala in Hindustani music, comprised of four groups of four beats each. The exception is the opening segments of Puriya-Kalyan — Alaap, Jod, Jhala — which introduce and develop the raga before the Teentaal rhythmic cycle kicks in.

Bandyopadhyay was born into a musical family. She began study of the sitar at the age of 7, with lessons from Pandit Kalyani Roy, a disciple of Ustad Vilayat Khan. She later studied with Pandit Indranil Bhattacharyya, disciple of Ustad Allauddin Khan. (“Pandit” is a title of respect for a scholar or expert, from which the English “pundit” is derived.) She attended masterclasses with Pandit Ravi Shankar and Ustad Ali Akbar Khan and earned a bachelor’s degree in music with top distinction in India.

Even though she has a career as biotechnologist, Bandyopadhyay stays busy teaching, lecturing and performing on sitar throughout the United States, India and Canada, often presented by universities.