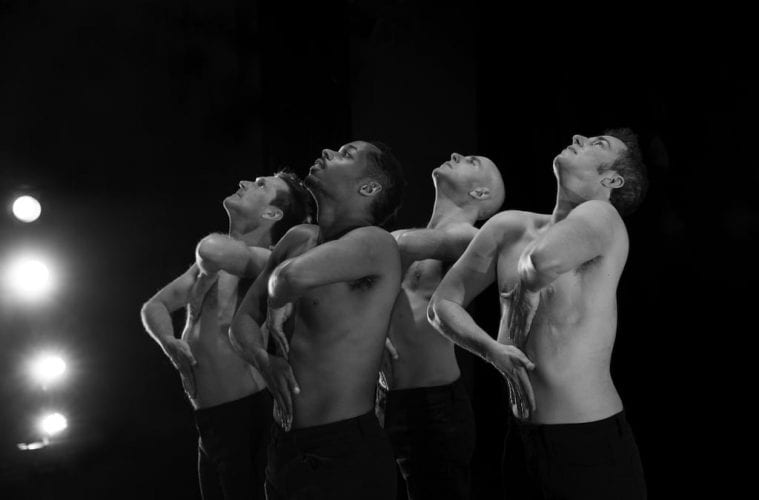 Preview: Sean Dorsey looks at the wreckage of the AIDS epidemic through the prism of dance 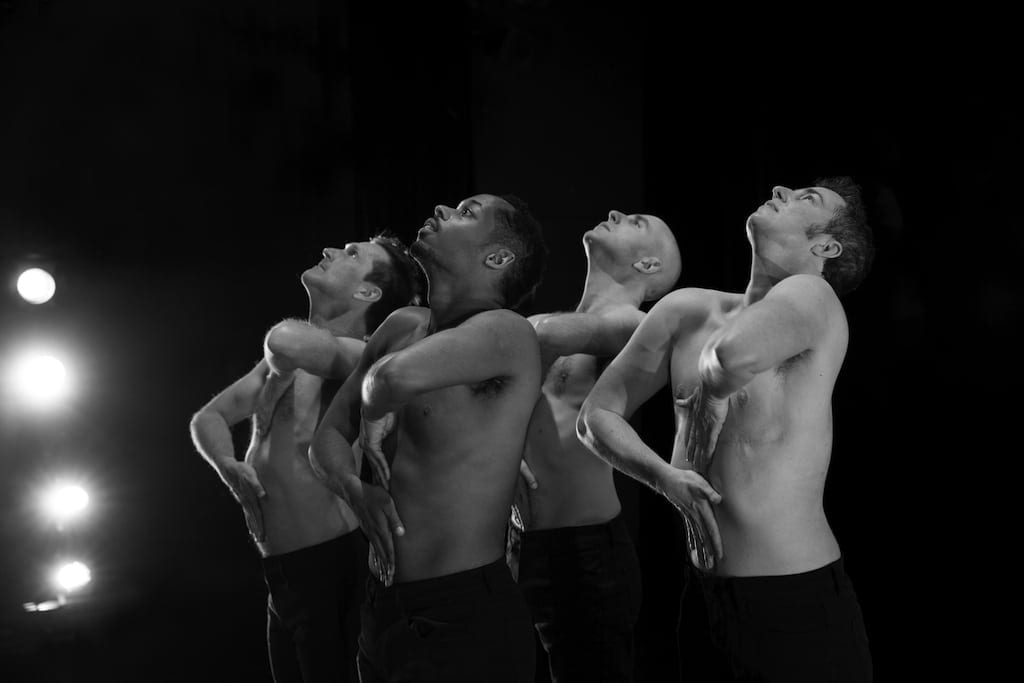 In his latest work, transgender artist Sean Dorsey gives voice to longtime survivors of the earliest part of the AIDS epidemic, the gay, lesbian, bisexual, trans and straight people who endured the horrific early years when little was understood about the then-new and swiftly killing disease. His dance company’s new show The Missing Generation, at Atlanta’s 7 Stages Theatre February 4-7 as part of a 20-city tour, sets Dorsey’s choreography to a sound score of recorded interviews with survivors.

“I’m just a little bit young to have lived through that time as a young adult,” says the 43-year-old San Francisco-based choreographer and dancer. “I feel like being this age, there’s a way that I’m sort of a bridge between generations — between the generation that endured and survived, and the current generation who are literally taught nothing about the AIDS epidemic.”

Dorsey and his company spent two years creating the show, the first of which Dorsey traveled across the U.S. conducting one-on-one interviews with survivors in cities including Atlanta, Boston, New York and San Francisco. Back at home, Dorsey spent nearly 500 hours combing through the 75 hours of interviews and transcripts, eventually weaving together 17 sections, working with composers to create original music for the various segments. Dorsey then took the finished score into the studio to make movement for himself and his three male dancers.

“We all create movement ideas,” says Dorsey of the company’s creative process, which he compares to playing in a sandbox. “I take all these pieces we’ve created — moments, lifts, gestures — and I work like a quiltmaker weaving together strands. It’s very collaborative.” 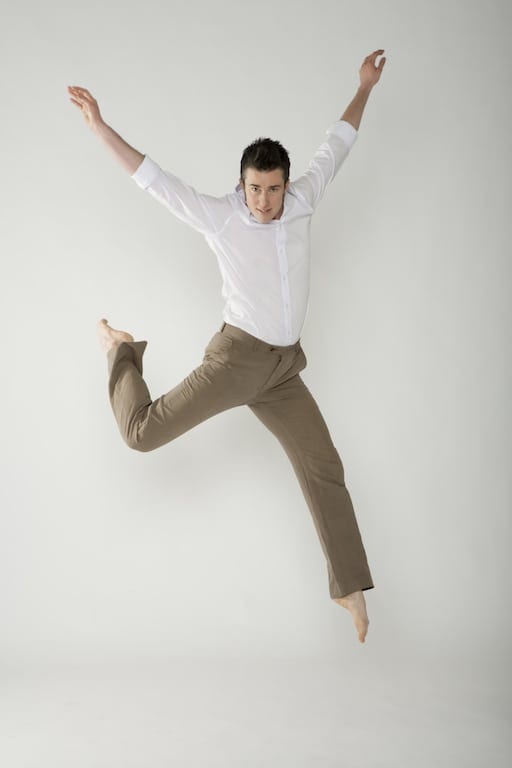 Dorsey incorporated four interviews from Atlantans into his show.

Dorsey’s dancers range in age from their 20s to their 50s, somewhat unusual for modern dance, but especially fitting for this particular show, he says.

Company member Brian Fisher, now in his 50s, originally arrived in New York as a young dancer the week before the New York Times published the first article about the “mysterious cancer” that was killing gay men. As a Broadway dancer during that time, Fisher lived through the eye of storm, witnessing the creation of ACT UP and Gay Men’s Health Crisis.

Dorsey says that Fisher was a tremendous resource during the creative process and that he became a central character in the work, delivering his own monologues about that time period as part of the performance.

The company’s performances in Atlanta will include question-and-answer sessions after each show and a community brunch on Sunday. Dorsey says his Atlanta interview subjects plan to attend, which will offer an emotional reunion for the dancers who have been working closely with the recorded interviews, but in most cases have never met the speakers.

Dorsey says that it was especially important in the show to prioritize the experiences of transgender women and transgender women of color, whose communities were decimated by the early AIDS epidemic. “These losses are so especially profound for transgender and queer communities because so many of us are excommunicated from our own birth families that our circle of friends really becomes our family, our chosen family as we say,” says Dorsey. “During the early stages of the epidemic, people who survived saw sometimes every single one of their friends pass.”

Dorsey himself identifies as transgender and says that he is one of the only prominent trans dance artists in the country. “I wish I could say there were more, but I’m the only nationally touring contemporary trans dance artist,” he says.

He was born in Canada and was assigned female at birth, growing up as a girl in Vancouver, British Columbia. He says he’s extremely lucky to have an open-minded family who supported both his artistic pursuits and his trans identity. “Still, I never imagined I would be a choreographer or professional dancer,” he says. “There was just no model for that. There was no one like me on stage in dance so I never considered it an option.”

Dorsey came to dance relatively late, studying in community classes in his 20s and eventually making his own work, seeing it as a way to combine his two abiding interests: theater and activism. “My activism became about not just creating my own work that was transgender and queer-themed, but also to create opportunities for trans artists and opportunities for audiences.”

Dorsey recognizes that many people think modern dance is too abstract and inaccessible, and his goal is to change that perception. “For me, I don’t just create abstract movement and put it with a musical score,” he says. “Something I’m deeply committed to and passionate about as a dancemaker is making sure that every moment on stage is rigorous and honest and precise and makes sense.”

The early response from the audiences for The Missing Generation have been gratifying. “It’s been powerful to have both elders as well as young people responding in such an enthusiastic and emotional way,” Dorsey says. “The response has been beautiful. It’s been a very challenging process to be so deeply immersed in these oral histories for two years. It was a very intense place to be.”

He says that in many cases, survivors not only have the traumatic memories of that time period, but now often feel discarded and forgotten themselves as the history remains buried and undiscussed. “It’s a very powerful experience to be in a room honoring that history and experience for those people.”