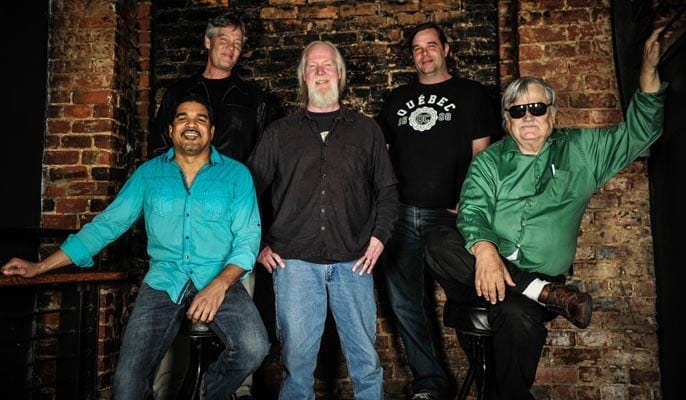 Colonel Bruce Hampton is probably best described without a description. Know this — he’s been making music for over half a century, painting outside the lines and creating a style unto its own. That style has, in turn, had a far-reaching impact on some of music’s best musicians over the past three decades. Countless musicians have attended the “University of Colonel Bruce.” Widespread Panic, Phish, Dave Matthews and the Allman Brothers Band are only a few of a long list who openly pay homage to the Colonel.

ArtsATL sat down with Col. Bruce just before the highly anticipated reunion of the groundbreaking Aquarium Rescue Unit (ARU), his band of 26 years. Hampton and the ARU perform Friday night at The Buckhead Theatre, then again Saturday at the Georgia Theatre in Athens.

ARU was an instrumental force behind the Horizons of Rock Developing Everywhere aka H.O.R.D.E. Festival during the 1990s. 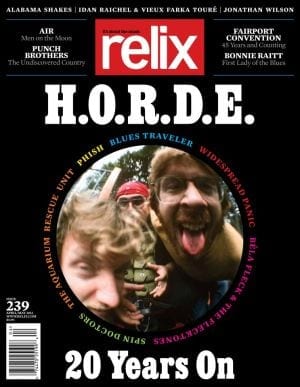 The tour was designed to give the bands involved an alternative to playing in bars. Instead, the bands of the H.O.R.D.E. tour collectively played across the country, offering audiences an affordable show while also expanding their fan bases. A Phish fan, for example, might come to see their favorite band but would also be exposed to ARU or to a then-unknown Dave Matthews.

Many attribute the H.O.R.D.E. tour with being the catalyst for resurrecting improvisational rock music — a style that had largely quietly lain dormant since its inception by bands such as the Allman Brothers and the Grateful Dead. The H.O.R.D.E tour created a new hunger for jam bands and ushered in a powerful second incarnation that’s been going strong ever since.

ArtsATL: Many master musicians hold you in high esteem as a mentor. Widespread Panic’s John Bell refers to you as “Papi to us all.” Jimmy Herring, also of Widespread Panic, says his greatest lessons have come through you. Oteil Burbridge, of the Allman Brothers Band, says he can trust not to overthink it when he’s playing with you. Blues great Tinsley Ellis says your music is honest and you’re in it for the right reasons. What do you think it is about your musical approach that compels such terms of endearment to be spoken of you?

Colonel Bruce Hampton: Well, I pay all of them a lot of money to say nice things about me (chuckles). And they are very kind. I think it boils down to freedom. I encourage them to find the freedom to be themselves. I say, “Do what you feel. Be simple. Be yourself.” But the thing is — as simple as it sounds — that can sometimes be the hardest thing because you’re always getting a lot of crap thrown at you in this business.

Hampton: Like: “You better play this or you won’t have a gig.” You have to be yourself. You’ve got to do what you feel. If you’re lying and if you’re not being yourself, that’s going to immediately come through. 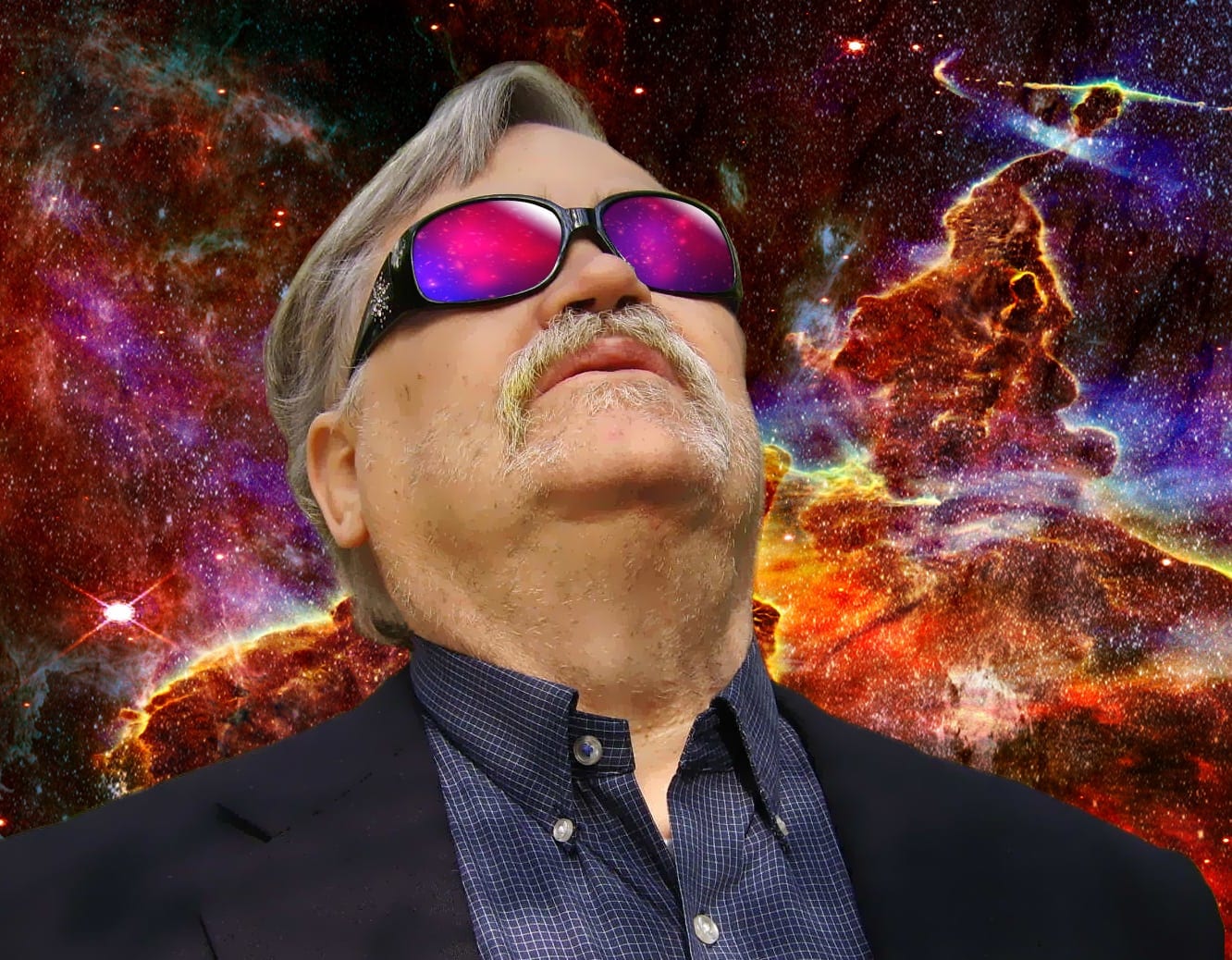 Hampton’s influence on the jam band scene outweighs his own fame.

ArtsATL: Do you see yourself as a mentor?

Hampton: Well, I never set out to be a mentor, but I think I can tell people two thousand things not to do (chuckles). Sure, I’m a mentor. I also need mentoring and definitely also learn from everybody. Music is tension and release. Many people don’t understand that. Just playing an instrument well doesn’t make you a great musician. I feel all musicians must learn to listen to everybody else around them. In that lies the real mentoring process.

ArtsATL: So, are you saying that you believe that having an understanding of where you are in relation to others you’re playing with is an essential element a musician must possess in order to be a truly great musician?

Hampton: Absolutely. The great ones have a sensitivity — almost a sixth sense. Maybe 10 percent of musicians have it. To be really great, you have to think of others and you have to listen and you have to anticipate. Most don’t — they just play the music and listen to themselves.

ArtsATL: Who would you name as the most interesting musician you’ve ever met and what makes you say so?

Hampton: Without question — by far — Sun Ra because he was from another world. He bent reality pretty well. He took all possibilities and made them potentialities, quickly. Sometimes he’d talk for two-and-a-half hours and no one would know what he had said. That’s what I really loved.

Hampton: “Sentimental Journey.” I first heard it when I was 9 years old. It’s the only song that starts in an octave and that’s weird. I liked it right away.

ArtsATL: What do you like to see when you step onto any given stage? 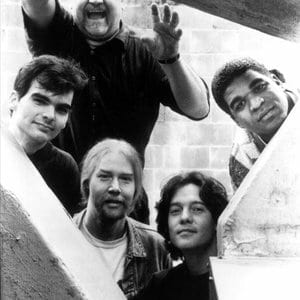 Hampton: A good monitor. That’s number one. A bad monitor is a nightmare. Everything else — I can work with. And the crazy thing is I never had one until my ninth year of playing the Fillmore East. We never had them. I didn’t know they existed. Nobody did. I remember in 1968 at the Atlanta Municipal Auditorium, Jimi Hendrix would have to move over on the stage so he could hear himself. There was no PA.

ArtsATL: You’re well known for your ability to name a person’s birth date after only having been around the person for a few seconds. Have you always been able to do this and can you explain it?

Hampton: Yes, I’ve always had it. I can’t explain it. But, then, I can’t explain anything. I don’t know where babies come from or how planes fly. I don’t know why I have it. It’s just weird. I will say, though, I’m either off or on. When the door is open, it’s open; when it’s closed, it’s closed. I have no control over it. All of a sudden, something happens and I see it whether I want to or not. When asked, I can hardly ever do it. But when it hits, it hits.

ArtsATL: What do you think is the biggest misconception people have about Colonel Bruce Hampton?

Hampton: Oh, probably that I’m a human. I’m really an ET — not an alien, though. There’s a big difference. It’s no big deal, but I was born in a nuclear power plant with four birth certificates. I’m an experiment. I certainly don’t know if it worked. I’ve never been a member of a club. They probably would have thrown me out. But now that I’m older, I have been thinking that I’m going to join a country club. I’m just not sure which country, yet. 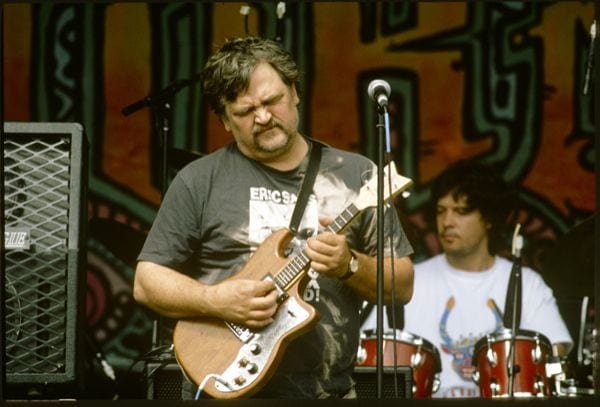 Hampton and drummer Jeff Sipe during the H.O.R.D.E. years.

ArtsATL: Looking back over the years, would you say your musical career has be courageous, crazy or a little of both?

Hampton: Hah! I’d have to say I really have had no idea what I was doing and have always hoped nobody would find out. I just go with the flow. Someone invited me to a gig. I didn’t know what a gig was but I stayed 53 years.

ArtsATL: Will you always play music?

ArtsATL: When your band, Aquarium Rescue Unit, toured in the early ’90s with the H.O.R.D.E. tour, did you feel you were part of something bigger?

Hampton: I always feel I’m part of something bigger (chuckles). But it was big. It was great. I remember at our first meeting we had Widespread Panic, Phish, Blues Traveler, Bella Fleck, Dave Matthews, Spin Doctors — just a bunch of great cats. There were great musicians and great songwriters all around. But nobody knew who anyone was. We all said, let’s keep the ticket prices to 10 bucks. And we did. It was only 10 bucks to get in.

Dave Matthews was opening for us and he had 11 girls right up front. I called the record company the next day and said you better sign this guy. They said, why? I said because it’s his first gig and he’s got women showing up singing his songs. And it’s the women who sell the records and bring the guys out.

ArtsATL: Several of the bands on the H.O.R.D.E. tour always made sure they caught ARU’s set. Why do you think they did this?

ArtsATL: That was over a quarter of a century ago. Is there any way to describe what this Atlanta audience might expect — aside from a ticket that costs more than 10 bucks — when ARU takes the stage at The Buckhead Theatre Friday night?

Hampton: Well, I hate definitions, but I will say this about ARU — anything can happen and we definitely use a lot of electricity and it’s based in a rock setting where everything happens and nothing happens.

ArtsATL: What most excites you about this reunion?