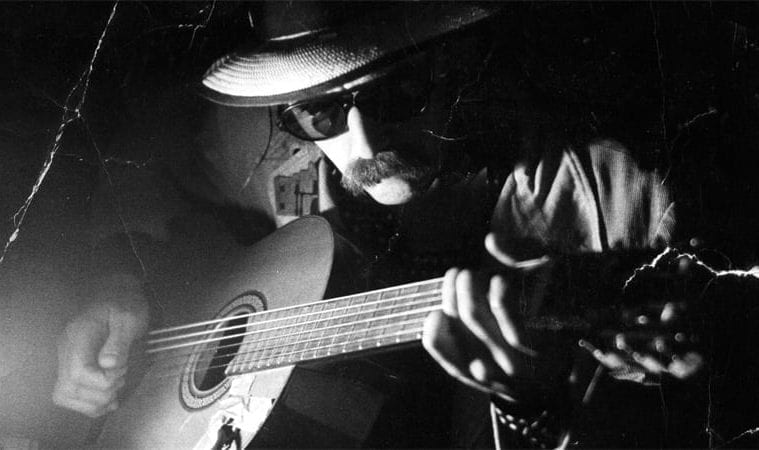 Many unwittingly know of him as the protagonist of “Drunken Angel,” the haunting song Lucinda Williams wrote about him for her landmark album Car Wheels on a Gravel Road. Others may know of him through John Prine’s classic take on “Clay Pigeons,” a song that Foley actually wrote. And Merle Haggard fans know he was so enamored of the song “If I Could Only Fly” — which was Foley’s signature tune — that he recorded it twice and released it as a single both times, the first as a duet with Willie Nelson.

The irony is that more people know of Blaze Foley in death than they ever did in life. He was an obscure Austin-based singer-songwriter who was shot and killed at the age of 39 in 1989. His entire output as a musical artist during his lifetime was one single — “If I Could Only Fly” — that probably didn’t sell more than 500 copies, if that much.

Prine has said he heard Haggard’s version of “If I Could Only Fly” and wanted to hear more music from the guy who wrote that song, only to come up empty. Finally, a mutual friend sent Prine a cassette tape of Foley’s music that included “Clay Pigeons.”

Since his death, Foley has become something of a legendary figure in Texas music. Seven CDs of his songs have been released posthumously, and he was the object of a full-length documentary, Blaze Foley: Duct Tape Messiah, that screened in Atlanta three years ago. The film is now out on a special edition DVD with more than two hours of bonus footage to mark the 25th anniversary of Foley’s death.

A DVD release party will be held Saturday from 3 to 6 p.m. at Criminal Records in Little Five Points. Foley’s widow and muse, Sybil Rosen, will read from her book about Foley, Living in the Woods in a Tree.

Foley and Rosen lived together in West Georgia for a year in a tree house in rural Carroll County, and he performed often in Atlanta under the moniker of “Deputy Dawg” before he moved to Austin and re-invented himself as Blaze Foley. A section of the documentary — directed and produced by Austin filmmaker Kevin Triplett — that is devoted to Foley’s time in Georgia will be screened, and a live band will perform his songs.

I knew Blaze Foley — I have the dubious distinction of having been his bartender (that story is here) — and his walking contradictions are compassionately captured in Duct Tape Messiah.

He was a gifted songwriter and a genuine character in an age where there are no characters any longer. Consider this story:

At the time of Blaze’s death, he was playing a guitar owned by his best friend: Townes Van Zandt. Blaze pawned the guitar before he died, and Van Zandt couldn’t get the guitar out of the pawn shop without the pawn ticket. The pawn ticket was not found in Blaze’s effects. The legend is that Townes — a pretty decent songwriter himself — got a backhoe, dug up Blaze’s grave and found the pawn ticket in the pocket of the jacket Blaze was buried in.

Of course, anyone who was close friends with Townes Van Zandt probably drank to the extreme, and Lucinda Williams’ song is aptly named. And in many ways, Foley was his own worst enemy. But in the years since his death, Blaze Foley has emerged as an unsung hero of the Austin music scene that produced legends of the Texas country music sound.