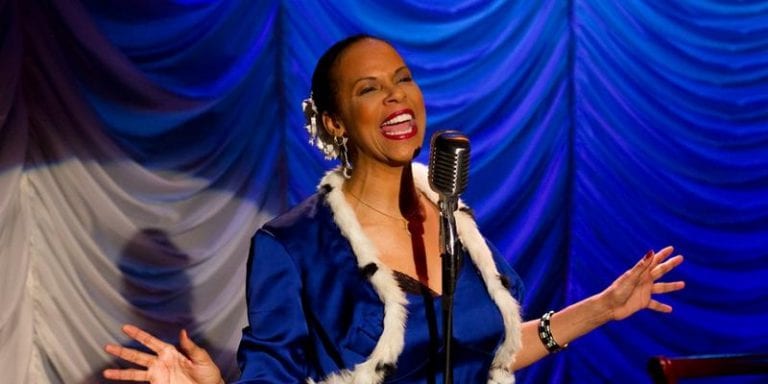 Terry Burrell is a ball of energy naturally, even as she makes her way into an Alliance Theatre conference room for an early morning interview, but get her talking about her new production Ethel and her excitement revs up a few additional levels.

The play, running March 25-April 17 at the Alliance Theatre, is a one-woman show that looks at the career of Ethel Waters, a popular singer (known for recordings such as “Stormy Weather” and “His Eye is on the Sparrow”) and actress who was the second African-American performer nominated for an Oscar (for the 1949 film Pinky). Her career started in 1918 and lasted until her death in 1977.

The idea was born in 1990 when Burrell — a prolific performer herself whose Broadway credits include Dreamgirls, Into the Woods and Thoroughly Modern Millie — was commiserating with a colleague. She wanted to do something different, a one-woman show, and a friend suggested Ethel Waters. “He said she was in danger of being forgotten,” Burrell recalls. She knew of Waters mostly through her involvement with the Billy Graham crusades. These were pre-Google days, so she couldn’t do online research, but sought out Waters’ autobiography. Most of her factual information comes from that, although she conducted interviews with the likes of tap dancer Charles “Honi” Coles and Mercer Ellington, who Burrell knew through the Duke Ellington Orchestra. They told her all sorts of stories about Waters.

At the time, Burrell had no intention of writing the piece, but it never worked out that she could find a collaborator. In 2010, she gave herself an imperative. “If you don’t write this, now, it will never be done,” she said to herself.

Shortly after, she came up with a script. As fate would have it, her friend Loretta Devine, who she worked with in Dreamgirls, was in town filming and Burrell invited her over to critique her script. Devine encouraged her and they came up with the concept. “If there were no social barriers, what would she say; what if Ethel talked about things in her life that mattered the most to her?” says Burrell.

Once she had that, Burrell could not stop writing. She later got advice from Janece Shaffer, who she had worked with on Shaffer’s play Brownie Points, and the first staging came in 2012 at the Walnut Street Theatre in Philadelphia. A year later, Alabama Shakespeare Festival mounted it.

Eyeballing a production in her own city — Burrell moved to the area in 2001 — she met with Celise Kalke, director of new projects at the Alliance. They spent a few days examining and tweaking the work. It’s the same concept now with a different approach, with clearer relationships and a number of additional characters that Burrell brings to life. Director Kenneth Robinson also brought in some ideas.

When she began her research, Burrell realized she liked this woman. Waters was complex and two share similarities. “There are moments when I can bring my own truth,” she says. “I expose my own mask through Ethel — my own worries, concerns, joys.”

Burrell also admires her tenacity. Waters was born into unimaginable poverty and was not very well educated. “You would have never looked at her and said she would be an international star,” she says. “Born into what she was, she had to learn to survive. You develop your instincts, you recognize opportunity. I think she was able to take note that she was getting recognition for her singing. She recognized she had something different and was able to move to wherever her path was going to lead her.” 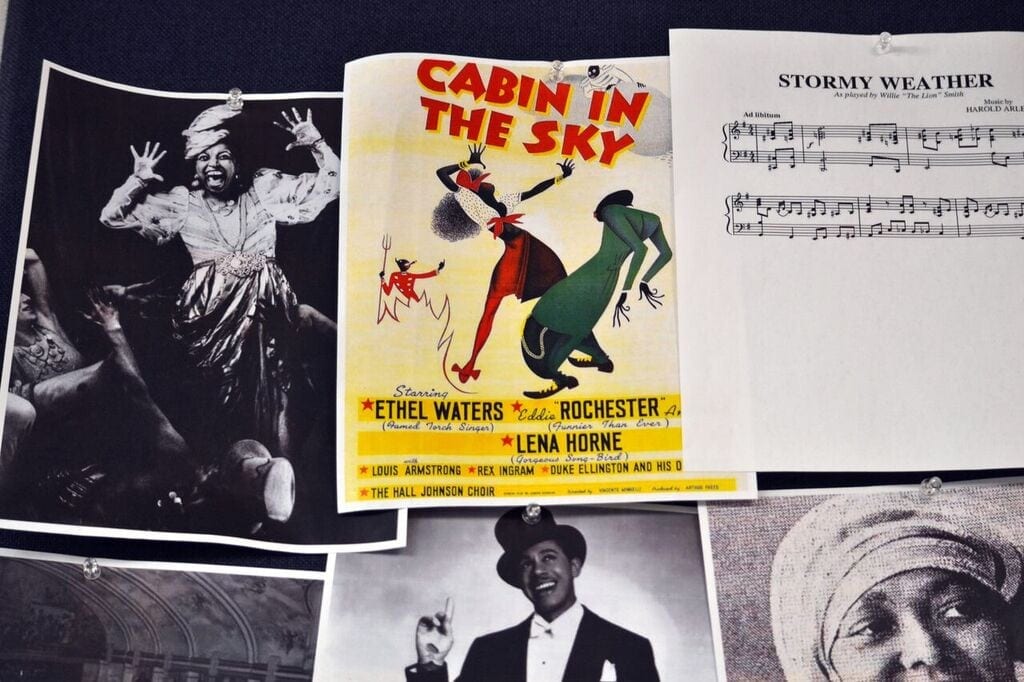 It was Waters’ style that made her distinctive but also brought up unfortunate comparisons. “She came along at a time when you had these big singers like Ma Rainey and Bessie Smith,” says Burrell. “She sang the blues too, but she couldn’t sing it like them. Her sound was very different.”

As such, Hollywood had a hard time deciding what to do with Waters. “They couldn’t really pinpoint her,” says Burrell. “People love to lock you in. You are either this or that. They don’t like to see things too mixed. There were so many things she was capable of doing — she was a singer, an actor and at one point a dancer.”

Her race wasn’t a factor in her career, though. In fact, Burrell feels Waters was satisfied with the way she was regarded. Even though she was black, she fit in to the white world. She was friends with George Burns and Bob Hope and was even close to the Nixon family, invited several times to the White House. Sophie Tucker also paid her to give her voice lessons.

A difficult decision for Burrell, however, was determining how much of Waters’ story to tell. She knew she could only do a portion. “Her career was so prolific, so we started in the middle,” she says. “For her, circumstances had changed. She had a house in Los Angeles, but had to leave because she wasn’t getting work. She owed the government money. As the play opens, she’s in her ’50s with the drive and talent, but no one is making an offer. This is a woman who had this incredible career with movies. She was the biggest selling artist for Columbia Records for 10 years and suddenly — nothing. She begins to reminisce and get reflective, talking of earlier days, experiences with men and the South and her family.”

Difficulty on the set of the film Cabin in the Sky with Lena Horne might have hurt her. “It was difficult for her, because Lena was young and gorgeous,” Burrell says. “For someone like Ethel, if you don’t have the skill set, you are not going to earn her respect and Lena did not earn her respect. She became jealous and angry that Lena was getting all this fawning and attention because she was beautiful. Ethel was not getting the respect and regard she thought she was entitled to. There was an ugly incident on set where she cussed a lot of people out and after that I think she was blacklisted to some extent.” Subsequently her career stalled for a while.

Yet Burrell emphasizes that Ethel isn’t a “sad, morbid recounting of her life.” She promises humor and lots of musical numbers as well, including “His Eye is on the Sparrow” and “Heat Wave,” written by Irving Berlin for her to sing.

Burrell has a long history with the Alliance, dating back to Jar the Floor. She has also appeared in the world premiere The Women of Brewster Place, A Christmas Carol and Sophisticated Ladies.

For her, getting to introduce Waters to new audiences and having her story inspire others is special indeed. “I think it generates conversation,” she says. “When I did it in Montgomery, it was great to talk to kids, who had similar backgrounds to Ethel. I told them that if she can do it, you can. You don’t let the circumstances of your life determine what it’s going to be about. I think every human being is born to do something wonderful.”