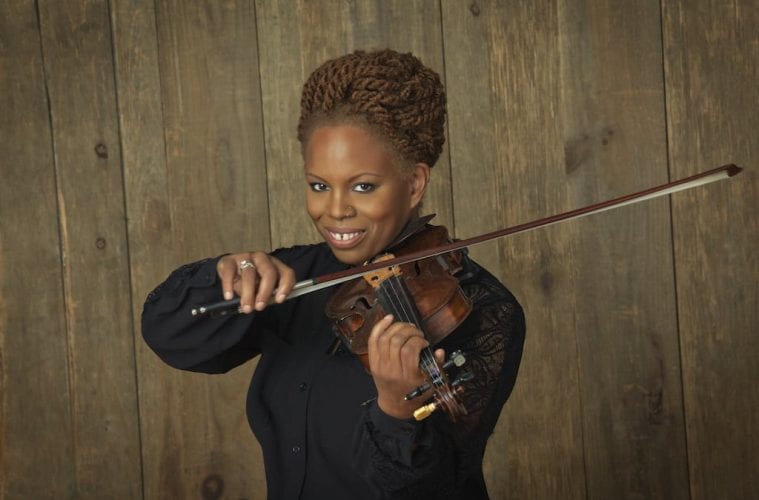 When Mayor Maynard Jackson founded the Atlanta Jazz Festival in 1978, he wanted to spotlight the city as an international center of the arts and education, and promote an art form that was indigenous to the South.

But with so many established and emerging artists to choose from over the three-day festival, having to decide where to focus your attention can be daunting. So ArtsATL has compiled a Top Six list to help get the party started — in chronological order. Pianist Robert Glasper’s facility with disparate musical genres has led to collaborations with Q-Tip, tour dates with the multi-platinum singer, Maxwell and his position as music director in Yasiin Bey’s (Mos Def’s) band.

But when Glasper’s band — featuring Casey Benjamin on vocoder and saxophone, Derrick Hodge on electric bass and Chris Dave on drums — swings into town on Friday at 9 p.m., Atlantans will get to sample a hybrid sound the bandleader describes as “an urban, hip-hop, soul kind of vibe, [that hangs from] a jazz spine.”

Billboard magazine has likened the band’s synchronicity to a well-oiled machine, saying, “It’s like you’re listening to an impromptu jam session, where everything and everyone is clicking on all cylinders.” And the Los Angeles Times has raved, “It’s a short list of jazz pianists who have the wherewithal to drop a J Dilla reference into a Thelonious Monk cover, but not many jazz pianists are Robert Glasper.”

Growing up as part of a music-loving family in Detroit, Regina Carter’s ears were filled with the melodies of Motown, classical, jazz and movie soundtracks. But the tone that really captivated her imagination came from a primary source: Ella Fitzgerald.

“Something about her voice made me feel like I had a personal connection,” says Carter. “When she sang, I felt really warm and safe, almost a maternal connection. It just felt like love.”

Fans of the jazz violinist and MacArthur Foundation “Genius Grant” fellowship recipient could say the same of Carter’s playing — the technique and virtuosity of which are the aural equivalent of Southern comfort sealed with a warm embrace. Nicholas Payton looks good on paper, and his sound lives up to the hype.

Heir to the traditions of New Orleans, Payton — who has a customized stand that allows him to play the trumpet and keyboards simultaneously — was hailed as a virtuoso before graduating from high school. And like the Creole culture from which he emerged, his musical tastes are an amalgam of bebop, swing, the Great American Songbook, New Orleans second-line, Mardi Gras Indian, soul, R&B, hip-hop, and various Afro-descended dialects of Central America and the Caribbean.

The point of it all, he says, is to map identity and tell a story.

“I’ve been thinking of the resilience of Black people and African culture,” he says. “How Africans came on ships to ports in the Caribbean. How those rhythms from Africa got dropped off at points like Haiti and Cuba and Puerto Rico. How those influences and elements sauntered on to New Orleans, which many consider the northern-most part of the Caribbean, and on to Kansas City, St. Louis, Chicago and then New York. How, with the advent of the phonograph, this New Orleans music became the world’s first popular music as the result of this new medium. How Louis Armstrong became the world’s first pop star, the Michael Jackson of his era. How the music in this African tribal DNA, as I call it, contains all the codes that connect all people — not only all Black or African people — throughout the world.” René Marie didn’t begin her career until she was 41. (Photo courtesy René Marie.)

One of seven children, René Marie grew up in Warrenton, Virginia, listening to blues, folk, bluegrass and classical before finding her voice as a singer. By the age of 18, she was married to a former bandmate. By the mid-1990s, she was the mother of two and working in a bank. When her older son convinced her to start singing again at the age of 41, her life took a turn for better and worse.

In 1997, her husband issued an ultimatum: stop singing or leave their home. When she refused, emotional abuse led to domestic violence and, ultimately, her decision to leave the marriage.

Over the next 18 months, she steered back toward a full-time career in music, and hasn’t looked back since. “Something happens when you get up on stage and start making music with someone,” she says. “Another part of your personality comes to life. I had kind of pushed that down over the years, but because of the music, I was able to speak up and defend myself and be my own advocate. So when my husband gave me that ultimatum, it wasn’t that I thought, ‘Oh my God, I have to sing.’ It was more like, ‘I don’t think I want to live with anybody who thinks it’s okay to issue an ultimatum like that.’” Pianist and composer Ojeda Penn has been a fixture on Atlanta’s jazz scene since 1967.

A veteran of past festivals, he spent 20 years teaching jazz history at Emory University — where he introduced the first jazz history course for the Afro‐American Studies Program in 1973. He has composed jingles for Coca-Cola. And thanks to his debut album Happiness, which is considered a classic in Japan, he has had a loyal following throughout Europe and Japan since 1980.

In 2009, he suffered an accident that left him comatose for 15 days. In spite of a doctor’s estimating a “one in million” chance for Ojeda’s full recovery, he defied the odds and expressed his gratitude in a single titled “Thankfulness,” from his 2012 album Love Storm.

“My music defines me as a human being,” he says. “Music tells me who I am, and how I should feel about myself.   Music centers me and affords me a much‐needed vehicle to express my very personal feelings in an arena where it’s safe.” Duke Ellington, Count Basie and Lionel Hampton were frequent guests at Freddie Cole’s childhood home in Chicago — where four out of five siblings became musicians after being trained by their mother. Still, the baby of the family dreamed of playing for the NFL until he was sidelined by a severe hand injury.

According to the Chicago Tribune, football’s loss was music’s gain: “You simply don’t encounter phrasing as nonchalant yet polished as this anymore,” said one critic. “It takes a lifetime to learn to make a lyric sound as colloquial as speech, yet as musical as an instrumental solo. Cole has spent his career mastering the art with the hushed intensity of his vocals and the silken beauty of his piano lines.”

A resident of Atlanta since 1972, Cole regularly tours worldwide as leader of a quartet with guitarist Randy Napoleon, bassist Elias Bailey and drummer Quentin Baxter.