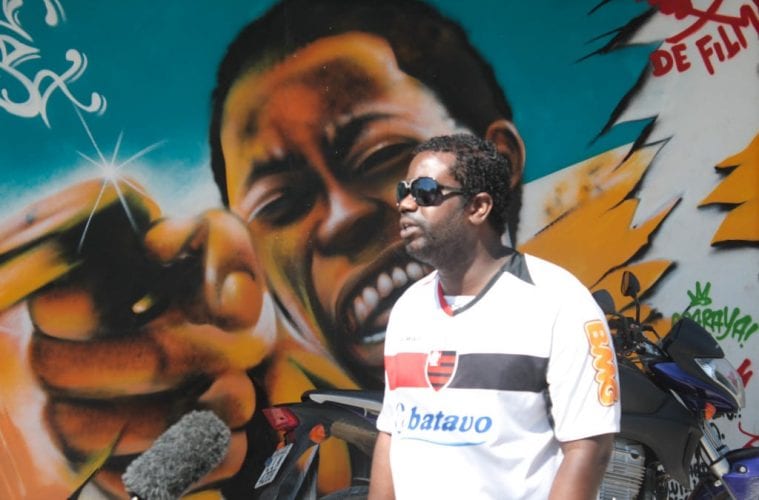 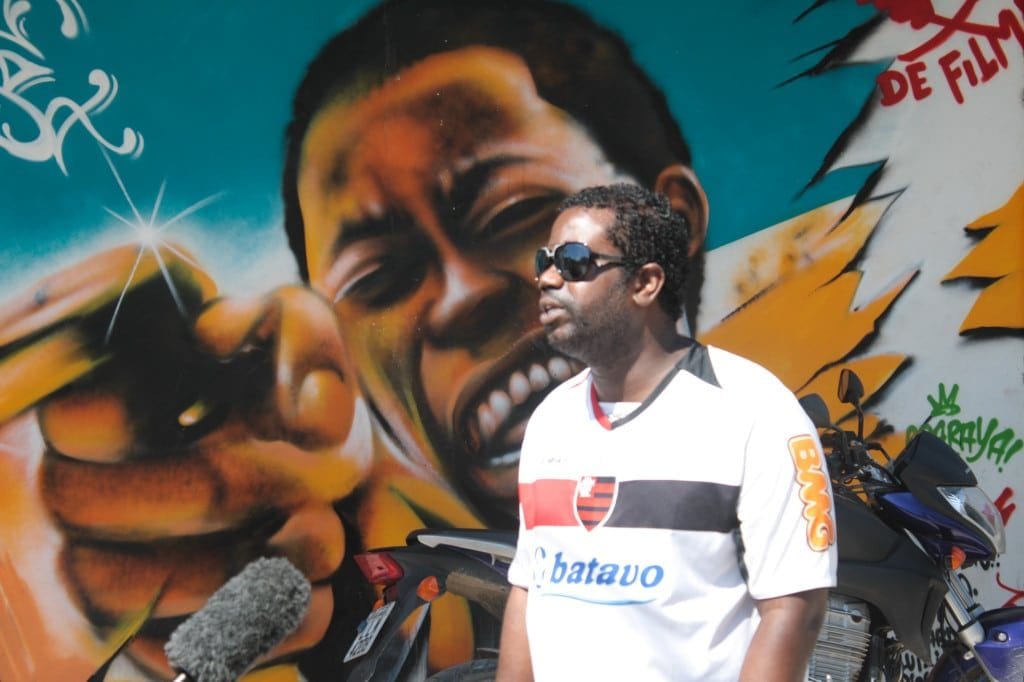 In City of God — 10 Years Later, directors Cavi Borges and Luciano Vidigal explore the impact the Brazilian film City of God had on the favelas it depicts and on the child actors who actually lived in one of Rio’s favelas. The film strives to answer those questions in a “where are they now?” fashion. The screening is 10 a.m. Saturday, October 25, at the Hyatt Regency Atlanta as a part of the fifth annual BronzeLens Film Festival.

The question of impact was posed six years later when the movie Slumdog Millionaire created a buzz in the film industry about what accountability, if any, white filmmakers have when they portray oppressed communities of color, featuring people who live in those communities. This debate reemerged this year with the movie Captain Phillips, which starred Tom Hanks and Hollywood newbie Barkhad Abdi. Abdi reportedly drove a taxi and borrowed a suit from his uncle in order to attend the Oscars where he was nominated for best supporting actor.

City of God is about adolescent boys growing up in a Rio de Janeiro ghettos, each of whom takes a different path out of poverty. The film swept the 2002 film festival circuit from Toronto to South Africa, and was nominated for four 2003 Oscars, including best director and best adapted screenplay.

“We have always had a focus on reaching beyond the United States,” says BronzeLens founding artistic director Deidre McDonald. “For example, we have a very strong partnership with France Atlanta, which is a program of the French Consulate, and they have been able to help us get films from French-speaking countries in Africa and the Caribbean.” 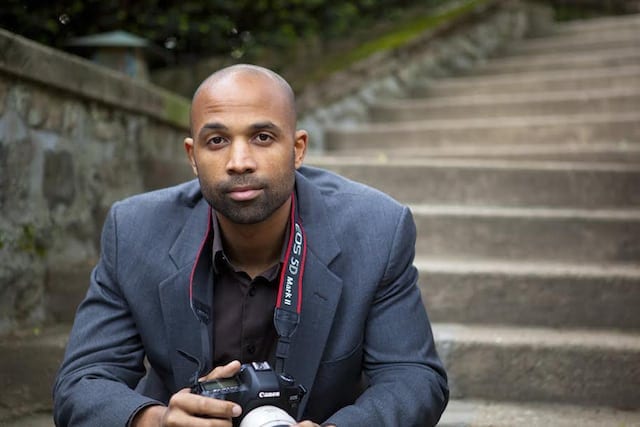 BronzeLens aims to create opportunities for artists from Africa and the African diaspora — which includes the United States, the Caribbean and South America — to show their original films, network and examine the impact of black filmmakers on mainstream images of black people.

“BronzeLens originated with the Atlanta Convention and Visitors Bureau,” McDonald says. “It was originally the idea of the executive director, William Tate, to have a festival that focused on African American filmmaking, especially since so much was happening in Atlanta at the time with Tyler Perry, Will Packer and Rob Hardy.”

The festival opens tonight with a 7 p.m. screening of Through a Lens Darkly: Black Photographers and Emergence of a People, with a talkback to follow. Other fest events include a daylong presentation of original short films; the annual Women SuperStars Luncheon, honoring Ruby Dee; a special screening of Drumline: A New Beat; and a biopic workshop with Ray screenwriter Jimmy White. Most screenings and events take place at the Marriott Marquis, Hyatt Regency or the Georgia Pacific Auditorium. For a full schedule of events, go HERE.

“Through A Lens Darkly recently screened at Sundance,” McDonald says. “This showing will be coupled with the Digital Diaspora Roadshow, where the general public is invited to bring their family photos and have professional photographers offer details about the stories behind the photographs.”

This year’s festival also will feature a student track for recent college graduates and a free children’s film festival in partnership with Hammonds House Museum and the Coretta Scott King Book Award.

On closing day, the Atlanta premiere of the documentary Life’s Essentials With Ruby Dee will screen at the Center for Civil and Human Rights. The film, which was funded by a Kickstarter campaign, surveys the actress’ film career, activism, impact on other actors’ careers and 57-year marriage to actor Ossie Davis. It’s directed by Muta’Ali, Dee’s grandson. Dee, whose career highlights included A Raisin in the Sun, Roots: The Next Generations, Do the Right Thing and an Oscar-nominated role in American Gangster, died June 11, 2014. 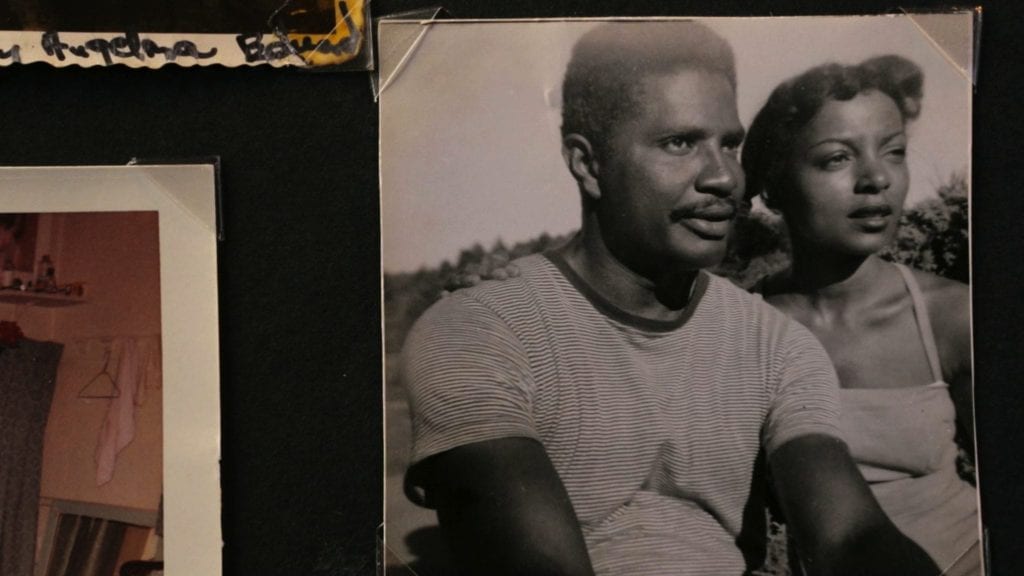 Ossie Davis and Ruby Dee from their family scrapbook.

Muta’Ali shares home video and family photos in the documentary, and says that people will be surprised that his grandmother was a prolific poet and comedian. Ossie and Ruby’s celebrity friends, including Spike Lee, Harry Belafonte, Danny Glover, Angela Bassett and others, share their experiences and memories of the couple.

“The most important lesson my grandmother taught me is not to walk behind yourself,” Muta’Ali says. “Don’t hide your passion. Don’t diminish yourself.”

The impact of the film industry in Atlanta on the evolution and diversification of images of black people in mainstream media is something that BronzeLens highlights. Atlanta is emerging as a haven for African American filmmakers. It’s a place Muta’Ali considers to be like home, since he graduated from Georgia Tech and lived here for 11 years. BronzeLens Film Festival’s mission is to promote Atlanta as the new film mecca for people of color, and to showcase films and provide networking opportunities that will develop the next generation of filmmakers.

“Many of our films are Atlanta premieres, and there is so much good film out there,” McDonald says. “I want people to experience great storytelling, something very unique and [to] make BronzeLens something they look forward to year after year.”