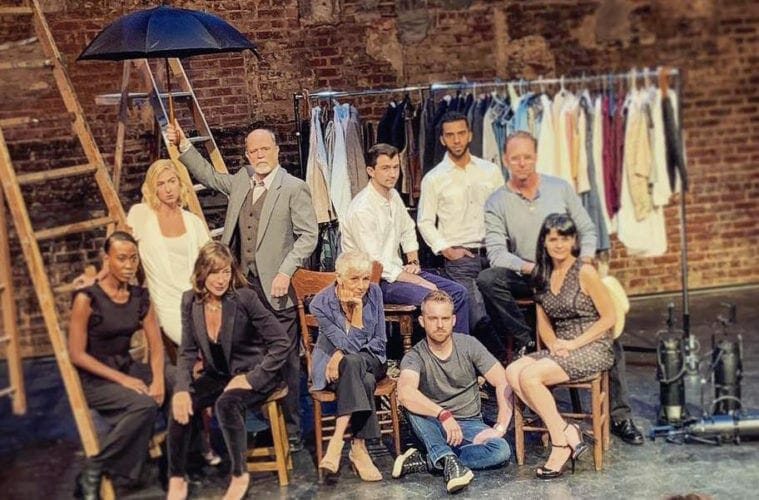 20 titles to anticipate in the 2019–20 theater season, from Outfit rep to world premieres

Thornton Wilder, Will Power, Dominique Morrisseau, Lisa Kron, Lauren Gunderson, Paula Vogel, Tarell Alvin McCraney, Lynn Nottage, Eugene O’Neill. Atlanta theater audiences will see work from some of American theater’s greatest writers this season — past, present and, likely, future. So let’s look ahead. Here are 20 titles to feed your theatergoing appetite — 12 we consider don’t-misses, and eight that may be worth a look.

We’ve included casts and directors where available and hopefully enough, but not too much, information to help you make decisions. Although not on this list, you’d be wise to follow some of metro Atlanta’s newer and/or smaller theaters via social media — Atlanta Theatre Club, Catalyst Arts Atlanta, VanguardRep and Zero Circle Theatre Company, among them. Note, too, that Serenbe Playhouse is at the end of its season and that Horizon Theatre will soon head into its end-of-season holiday programming. Also, Hamilton returns to the Fox Theatre (March 31–May 3, 2020), and that’s a no-brainer.

Our Town | The Laramie Project (in repertory)

One cast. Two essential American stories. That’s how Theatrical Outfit describes this two-pack, which starts its 43rd season with a bang. These two challenging American classics will be performed in repertory by an acting company of 10. Boom! Our Town, Thornton Wilder’s 1938 classic, creates a blueprint for what it means to be human. It’s often considered the greatest American play of all time, depicting simply and eloquently the life cycle of folks in Grover’s Corners, New Hampshire. A stage manager character (Mary Lynn Owen) narrates the action in each of the drama’s three acts — “Daily Life,” “Love and Marriage” and “Death and Eternity” — all performed with minimal props and sets. Meet these flawed, noble and hopeful small-town folk and follow the Webb and Gibbs families as their children fall in love, marry and face mortality. It can be a gut-puncher. Bring tissues. David Crowe (The Book of Will, Silent Sky) directs.

The Laramie Project, a documentary-style drama, moves us from New England to Wyoming and some 60 years further in the 20th century. The play was created by Moisés Kaufman and his Tectonic Theater Project after the 1998 death of Matthew Shepard, an openly gay college student beaten and left for dead in Wyoming. “The Laramie Project,” said the New York Times, “is Our Town with a question mark, as in, ‘Could this be our town? It can’t happen here,’ followed immediately by ‘And yet it has.’” It requires the actors to play more than 50 characters. Associate artistic director Clifton Guterman directs.

The Curious Incident of the Dog in the Night-Time This 2012 British play about an autistic 15-year-old trying to solve a mystery won seven Olivier awards and five Tony awards, including best play of 2015. Its New York run lasted nearly two years. The mystery is based on Mark Haddon’s 2003 bestselling novel, so, obviously, it comes with a pedigree. Expect some inventive stagecraft too. In its review, Variety called the drama “spectacular, like Cirque du Soleil with brains.” Horizon’s Lisa Adler and Aurora’s Justin Anderson codirect. The cast features Brandon Michael Mayes as Christopher and such familiar Atlanta faces as LaLa Cochran, Jimi Kocina, Brian Kurlander and Yvonne Singh. (See it at Aurora Theatre in Lawrenceville beginning January 9.) True Colors wraps up playwright Dominique Morrisseau’s Detroit Trilogy with Paradise Blue, a bluesy mystery that should be as sexy as it is melodic. Set in 1949, against a backdrop of gentrification and displacement, Paradise Blue encompasses the pain and suffering that accompany the erasure of black history. Cynthia D. Barker and Enoch Armando King, two Atlanta actors always worth watching, are part of the five-person cast. Artistic director Jamil Jude directs. True Colors previously staged the other two parts of the trilogy — Detroit ’67 (in 2016) and Skeleton Crew (earlier this year).

When the New York Times chose off-Broadway’s Mac | Beth as a critic’s pick in May, it described the thriller as a “raucously exuberant adaptation [that] finds common cause between rebellious teenagers and bloody-minded Shakespeare.” The piece was inspired, at least in part, by the 2014 Slender Man murder case that left a teenage girl dead in Wisconsin and the 2012 murder of 16-year-old West Virginian Skylar Neese. Jennifer Alice Acker directs. Six strangers seeking serenity meet at a silent wellness retreat for what they hope will be a life-changing five-day experience in this compassionate 2016 comedy. The script by Bess Wohl, a Drama Desk Award-winning playwright, was named a Critics’ Pick by the New York Times, New York Magazine and Time Out New York during its New York run. The Huffington Post calls it “a play unlike any other.” Artistic director Susan V. Booth directs.

The Wickhams: Christmas at Pemberley Decatur-born, San Francisco-based playwright Lauren Gunderson and cohort Margot Melcon give their popular Miss Bennet: Christmas at Pemberley an Upstairs, Downstairs / Downton Abbey kind of twist. As the well-to-do celebrate the holiday upstairs, the servants downstairs — including a diligent housekeeper, a willful maid and a lovesick groomsman — find themselves waist deep in a scandal of their own. The San Francisco Chronicle praised the comedy as “the highlight of the holiday season.” The cast includes Lauren Boyd, Shaun MacLean, Erika Miranda, Deadra Moore, Daniel Parvis, Jasmine Thomas and Justin Walker. Carolyn Cook directs. The 2015 Tony Award-winning best musical finally lands in a hospitable Atlanta home. We expect good, even great, things from Actor’s Express’ telling of lesbian cartoonist Alison Bechdel’s coming-of-age memoir. Heart and heartbreak, humor and family tragedies play out in a story and score that alternately soar and crash-land. Here’s hoping we’ll all feel at home on Maple Avenue in this oh-so-personal yet universal musical gem. Artistic director Freddie Ashley directs. Happy Valentine’s Day. Award-winning playwright (and hip-hop theater pioneer) Will Power unleashes his innovative spirit and language talents in this modern retelling of Shakespeare’s Richard III. Five actors stand in for the original’s usual 20-plus. Watch as Richard’s power grab for the throne reveals his unquenchable ambition and paranoia, as well as his allies and enemies. After its August 2018 world premiere at California’s La Jolla Playhouse, San Diego City Beat described Seize the King as “a sharp, lyrical script that blurs the line between the past and the present, while positing that ambition and depravity are not the province of merely one king, one country or one moment in time.” Michael John Garcés, artistic director of Los Angeles’ Cornerstone Theater Company, directs. Paula Vogel’s Indecent — which takes on faith, sexuality and art — was inspired by the 1923 Broadway debut of Jewish writer Sholem Asch’s God of Vengeance. Indecent tells the story of a kiss between two female actors (one playing a prostitute, one a brothel owner’s daughter) that led to the entire cast being arrested for obscenity. Vogel’s script, a 2017 Tony nominee for best play, is vividly theatrical and features live klezmer music along with seven actors playing more than 40 roles. The cast includes Andrew Benator, Stephanie Friedman, Pamela Gold, Brian Kurlander, Clayton Landey, Christina Leidel and Brandon Michael Mayes (see Curious Incident of the Dog in the Night-time). Theatrical Outfit education director Mira Hirsch directs. The world knows Tarell Alvin McCraney as the Oscar-winning playwright behind 2016’s Moonlight, or perhaps more recently, for the TV series David Makes Man on the Oprah Winfrey Network. Atlanta theatergoers should know him more intimately for his Brother/Sister Plays trilogy. The Brothers Size is its middle play, following In the Red and Brown Water (his brilliant Kendeda winner, seen at the Alliance in 2008) and preceding Marcus; Or the Secret of Sweet (Actor’s Express, 2015). The Brothers Size, which digs into the complexities of brotherhood, returns to the Louisiana bayou and McCraney’s ability to reinvent myth. Put simply, he’s one of the finest American playwrights working today. Eric J. Little directs. Theatrical Outfit artistic director Tom Key is just another cast member in the latest incarnation of his musical, cowritten with Russell Treyz and Harry Chapin (shortly before Chapin died in a 1981 car accident). Its source material is The Cotton Patch Version of Matthew and John, a book by Clarence Jordan. Jordan’s source material was the Bible. Cotton Patch Gospel, which Key and Treyz spent part of the summer in New York rewriting, will mark Theatrical Outfit’s final show under Key’s 25 years of leadership. Patdro Harris directs, with musical direction by S. Renee Clark.