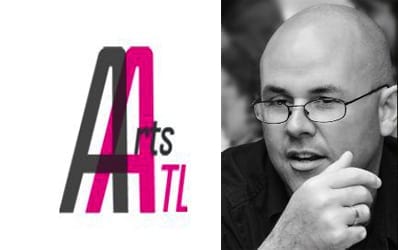 Playwright and critic Steve Murray has just been awarded a 2010 Tanne Foundation Arts Award. Murray has written about film and theater for ArtsCriticATL since its launch last year. (Click here to see Murray’s reviews and articles.)

The 2010 awards total $35,600 and recognize artistic achievement. Now in its 12th year, the foundation’s mission is to “underscore the importance of supporting individual artists with unrestricted funding.” Four awards were given this year, three to individual artists and one to an artist-led organization.

Founded by performance artist Joan Gale and named after her one-woman show “Of Tanne,” the Tanne Foundation was created to “enrich the artistic experience and broaden horizons for artists and audiences. The foundation’s primary interest is in the support of individual artists. Led by a board comprised of a majority of artists, the foundation is guided by the philosophy that in the creation of art, however unrecognized or obscure the voice, the sound may be extraordinary and it is vital that it be heard. Since its inception the foundation has made awards to 58 artists and nine organizations in recognition of outstanding achievements in a variety of fields in the visual and performing arts, including performance art, painting, poetry, music, acting and dance. Nominations for awards are made by the trustees of the Tanne Foundation.”

Despite a New England focus, the Tanne Foundation awards go-to artists from many disciplines and across the country, with Atlantans prominent on the list, including actor and director Tim McDonough in 1999 (he played King Lear at Georgia Shakespeare this summer) and Syncronicity Performance Group in 2000. Three cheers for Steve Murray!