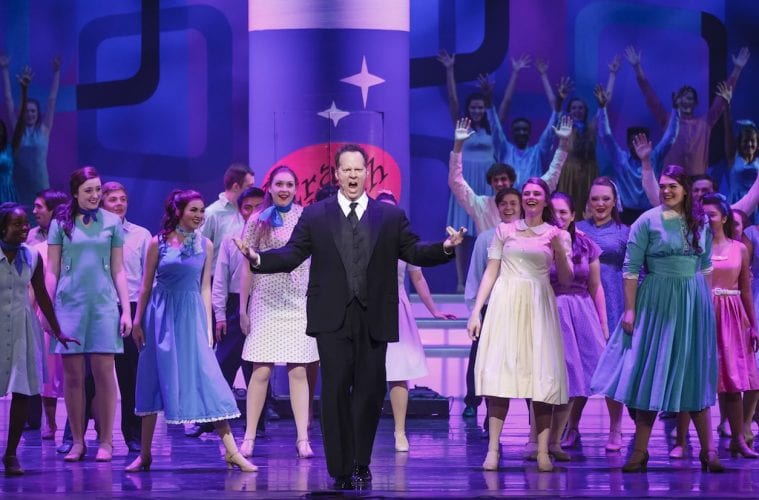 News: The Shuler Awards look to the future to recognize the best of high school theater 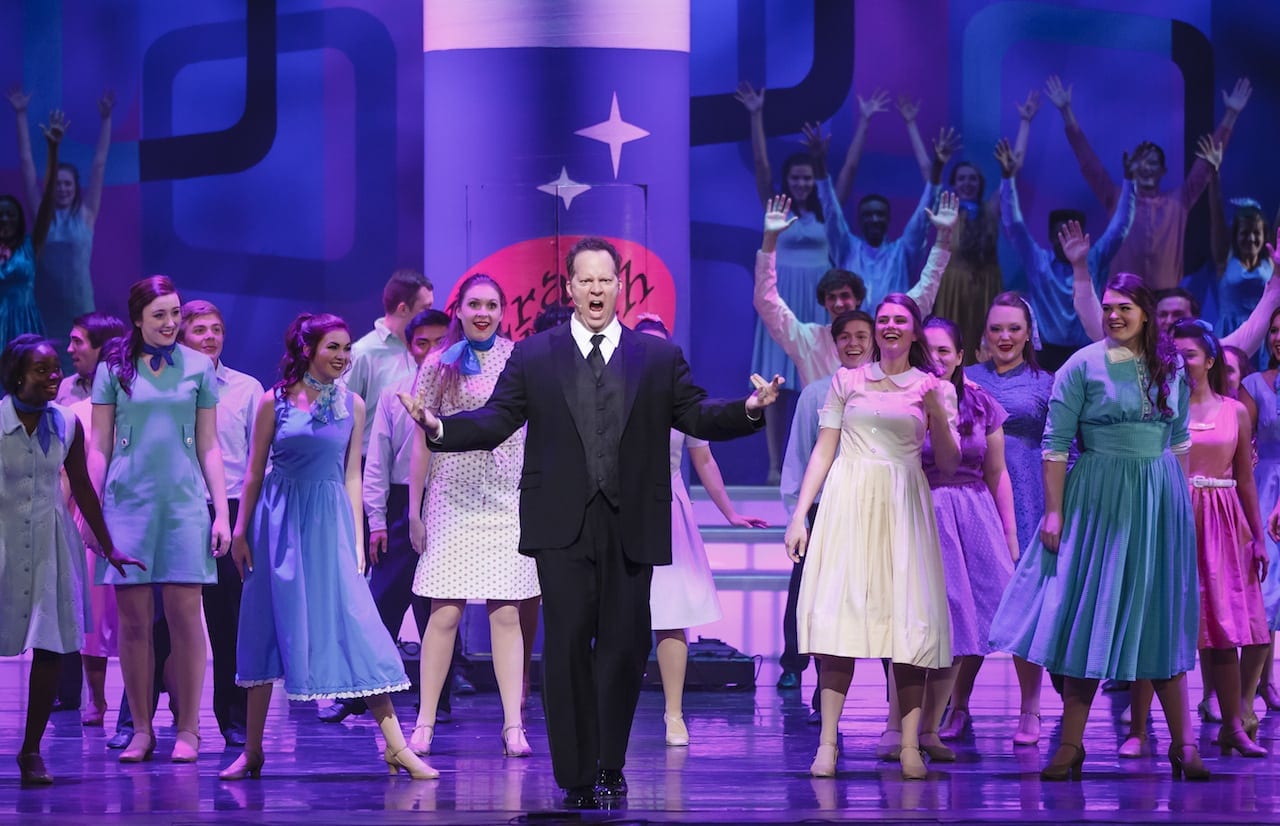 The students joined Shuler Hensley for a medley of songs from Hairspray. (Photos by Ben Rose/BenRosePhotography.com)

When the Georgia High School Musical Theater Awards were handed out last night at the Cobb Energy Performing Arts Centre, it was a nice night indeed for West Forsyth High School, whose Nice Work If You Can Get It danced off with several awards, including the top prize for Best Overall Production.

The show, also referred to as the Shuler Hensley Awards — named after the Tony Award–winning native performer — were hosted by WSB-TV’s Fred Blankenship and Wendy Corona and televised by WBS-TV. Now in its seventh year, the awards handed out 17 trophies in all, including Best Performance by a Leading Actor to Nick Eibler for Nice Work If You Can Get It and Best Performance by a Leading Actress to McKenzie Kurtz of Milton High School’s Mary Poppins.

Both Eibler and Kurtz will head to New York City in June to compete in the National High School Musical Theater Awards, the Jimmy Awards, held at the Minskoff Theatre on Broadway.

They will both hope for the same fate as Jai’Len Josey, a junior at Tri-Cities High School in East Point, who was last year’s local winner for Best Actress for her role in Dreamgirls. She went on to win the national award and received a full scholarship to Carnegie Mellon University’s six-week pre-college drama program as well as a scholarship to New York University. According to Natalie Barrow, director of education and community outreach of ArtsBridge, producers of the event, Georgia productions and students have won five awards at the last six national events. 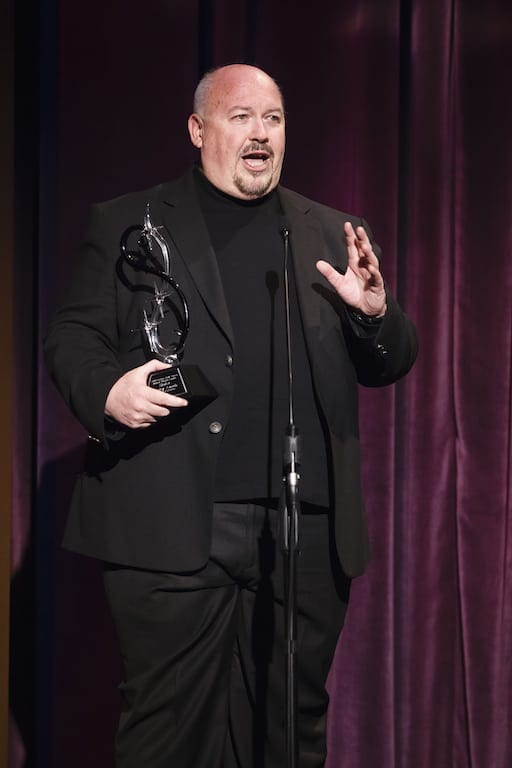 Nice Work If You Can Get It won six other awards, including Best Ensemble, Best Performance by a Supporting Actor for Cody Marshall, and Alex Skelton for Best Sound. West Forsyth High School’s Eric Gray took home three Shulers for music direction, technical execution and costume design for the production and paid homage to George Gershwin. “This music — George Gershwin music — is wonderful to sing and listen to,” Gray said. “I thank the orchestra and everyone for bringing the twenties to life.”

50 high schools participated this year from 21 Georgia counties around the state. Of those 50, 24 were nominated. More than 60 arts professionals from around the state serve as judges.

As tradition, Hensley — who has moved back to the area but still appears regularly in New York productions — appeared throughout the evening, including the opening number Hairspray, performed by the Shuler Student Ensemble, composed of 69 students.

He dressed character-appropriate to introduce the six shows nominated for Best Production. Other numbers included Starr’s Mill High School’s “When You’re An Addams” from Addams Family, winner of the Showstopper Award, a medley from the nominated best actors and actresses and a closing bit from Newsies.

Both Hensley and Barrow were particularly surprised by the depth of this year’s productions.

“I think it’s exciting that these directors are exploring different musicals that are somewhat out of the ordinary for high schools to typically do,” Barrow said. “We have a production of Nice Work If You Can Get It, which I think is the Georgia premiere of the show. I think it’s great that the students are exploring different composers. A lot, I think, is inspired by the Shuler Awards because you don’t want to do a show like someone else in your community.” 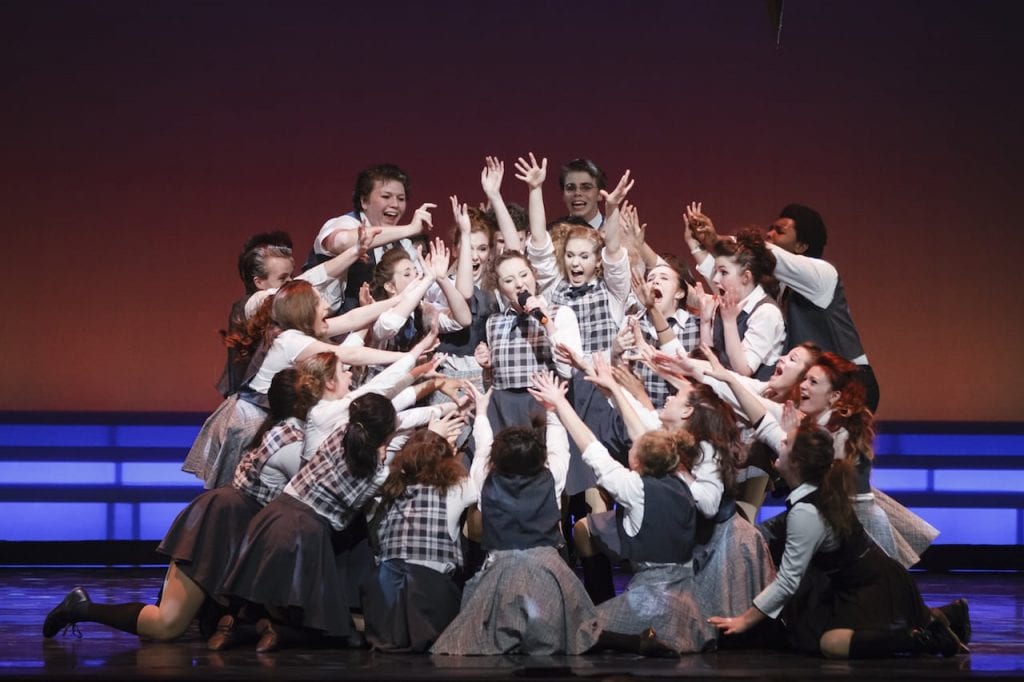 Even high schools that produce the same musical tend to do it with their own distinctive touches. “I have noticed that these high schools take musicals and put their own unique take and look on it,” said Hensley. “We have two versions of Godspell and they are completely different in their flavor.”

As important as the awards are for those involved, it’s equally vital to bring together like-minded high school theater students. “You get kids from every aspect of the state of Georgia, from the mountains to the oceans and everything in between,” said Hensley. “Many of these kids are from small high schools and they love the theater but they don’t have the opportunity to be involved in a production of this magnitude. It’s invaluable for them to be in a world-class venue like this.”