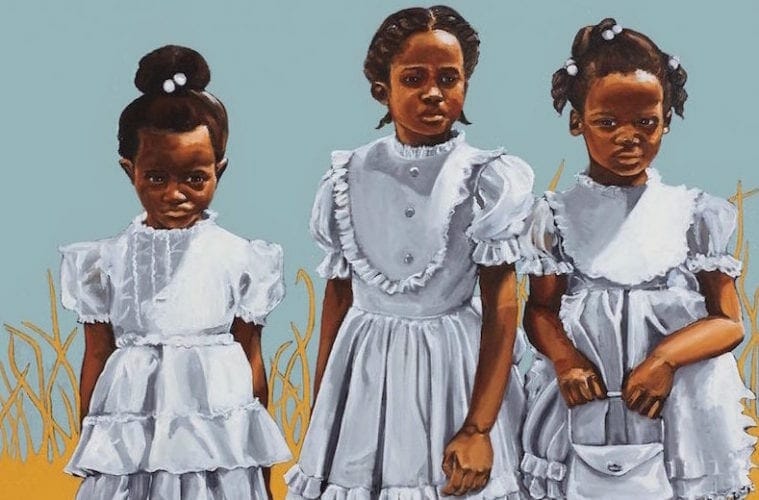 Detail of "Girls in White Dresses" (2020), oil on canvas, 48 x 36 inches. This is one of several pieces Ayana Ross submitted for the Bennett Prize.

Georgia painter Ayana Ross has won the 2021 Bennett Prize, the largest prize given solely to women figurative painters. Her work explores identity and cultural awareness in the everyday lives of African Americans in the American South. 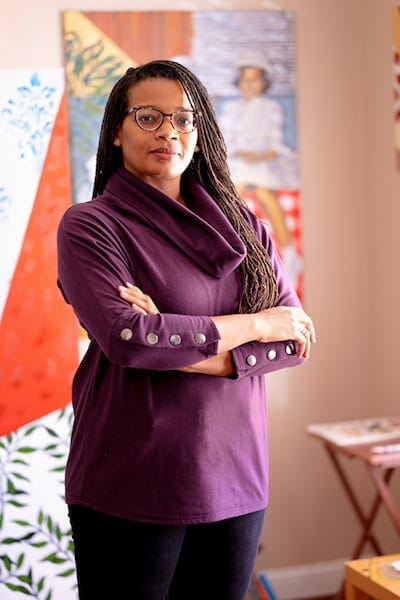 Ross, who lives and works in McDonough, will receive $50,000 to create new work for a solo exhibition that ultimately will travel the country.

“Ross’ paintings create story fragments that invite viewers to insert themselves and see their own experiences in her work,” Patrick Moore, one of four jurors and director of Pittsburgh’s Andy Warhol Museum, said in a statement. “She highlights racial disparities as well as intergenerational progress in Black lives.”

Steven Alan Bennett and Elaine Melotti Schmidt of San Antonio — among the country’s top collectors of figurative realist art — established the Bennett Prize in 2016, endowing a $3 million fund at the Pittsburgh Foundation to ensure that the prize is awarded every two years in perpetuity. Their goal is to boost the careers of women figurative realist painters who have yet to reach full professional recognition and to bring figurative realist painting to a wider audience.

Ross, who’s in her 40s, has a B.S. in apparel design and merchandising from Georgia Southern University in Statesboro and began her career as a fashion designer. She later studied art education at Greensboro College in North Carolina, received a M.A. in liberal arts from the University of North Carolina at Greensboro and has an M.A. in painting from SCAD.

The Bennett Prize jury chose 10 finalists from 674 entries, then named Ross the winner.