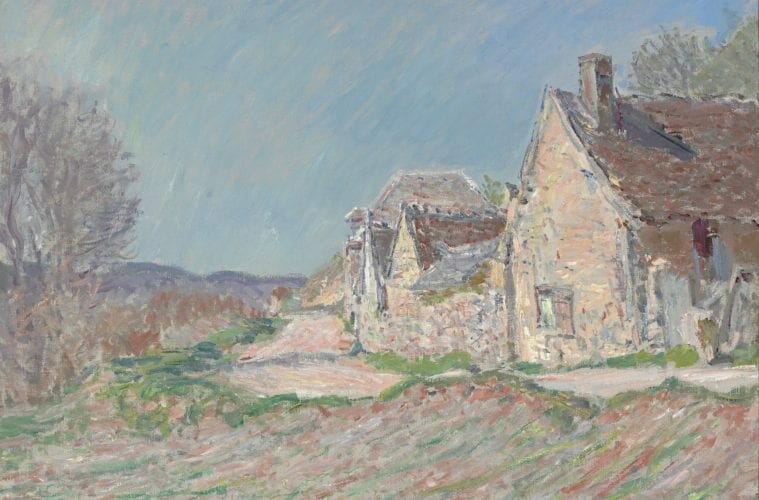 Claude Monet's "Maisons au bord de la route" ("Houses Along the Road") from 1885 is one of 24 impressionist, post-impressionist and modernist paintings joining the High Museum's European collection. (All images courtesy of the High)

Matisse, Monet, Renoir paintings among gift of 24 works donated to the High Museum

The High Museum of Art this week announced the gift of 24 impressionist, post-impressionist and modernist paintings from artists whose names you know — Matisse, Modigliani, Monet and Pissarro, among others. The donation comes from Atlanta philanthropists Doris and Shouky Shaheen.

The gift is among the most significant groups of European paintings ever to enter the museum’s collection, according to museum officials. It’s rivaled only by the Samuel H. Kress Foundation donation in 1958, which established the core of the High’s European art holdings. The Shaheen collection includes the High’s first acquisition of paintings by such renowned artists as Henri Fantin-Latour, Henri Matisse, Amedeo Modigliani and Alfred Sisley.

The Shaheens, who’ve lived in Atlanta since 1965, began collecting art in the early 1970s. Their first piece: Maurice de Vlaminck’s Banlieue de Paris (circa 1922), purchased from a local gallery. In the past 50 years, they’ve added paintings by Eugène Boudin, Jean-Baptiste-Camille Corot, Claude Monet, Camille Pissarro, Pierre-Auguste Renoir and Édouard Vuillard. The paintings depict everything from sweeping landscapes and village scenes to intimate portraits and figure studies. In recognition of the gift, the High will establish the Doris and Shouky Shaheen Gallery in its Stent Family Wing, where the paintings will go on view starting later this year. Collection highlights include:

Jean-Baptiste-Camille Corot (France, 1796–1875). La bohemiènne àmandoline assise, circa 1860s–1870s. Corot was primarily a landscape painter but would dress models for figure paintings, often with items from his personal collection. This painting depicts a young girl holding a mandolin.​

Henri Matisse (France, 1869–1954). Femme assise devant son piano (Marguerite). This colorful oil on canvas, from about 1924, is a study for a larger painting and one of two Matisse works donated with this gift. “Une rue à Marly” (“Street in Marly”), which dates to 1876, is one of four Alfred Sisley paintings joining the High, the museum’s first by the French painter.

Camille Pissarro (France, 1830–1903). Paysanne assise, one of three Pissarro pieces in the donation, which includes two landscapes and this 1882 portrait of a peasant woman, a recurring motif.

Alfred Sisley (France, 1839–1899). Une rue à Marly, one of the four Sisley paintings donated. This 1876 landscape was painted during the height of the impressionist movement.