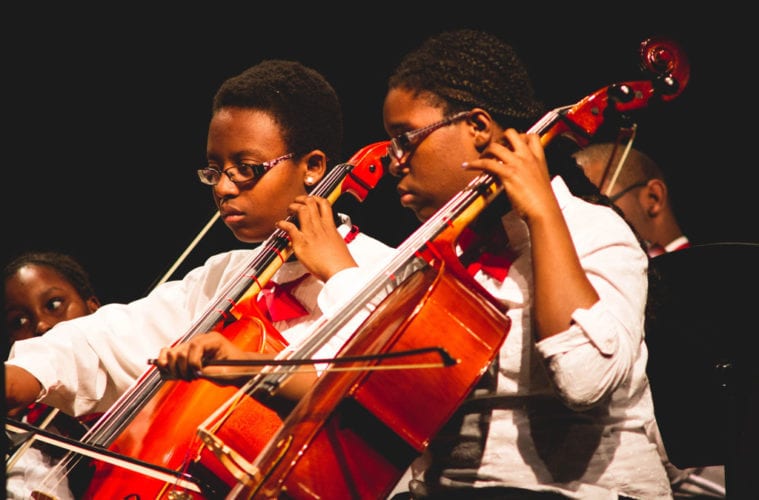 As the only child of parents from Haiti and Cameroon, Dantes Rameau was raised within a multilingual, multicultural framework underscored by a soundtrack that amplified his understanding of a wider world. He loved hip-hop. His dad was an aficionado of classical music and jazz. Kompa, also known as zouk in the French Antilles, and other rhythms from the African diaspora pulsed everywhere — from car stereos to loud speakers during family gatherings at home in Ottawa, Canada.

The eclectic mix predisposed Rameau to feeling comfortable in a multitude of settings and allowed him to navigate a broad range of social circles with fluency and ease.

“I was comfortable in black America, Caribbean Canada, pan-African Canada, French Canada and white America,” he says. “I had my basketball friends, my orchestra friends, my French Canadian friends — never hiding any parts of myself but emphasizing the parts that we had in common. I compartmentalized very well. And I believed the world was my oyster.”

Teaching underserved youth that the world can be their oyster has been the core mission at the Atlanta Music Project (AMP), the tuition-free music education program Rameau cofounded in 2010 and for which he currently serves as executive director.

Rameau received an ARTS ATL Luminary Award for Arts Education on January 27 during the ceremony at City Winery, which included a performance by Rameau’s students of a piece especially commissioned for the event.

The seeds for Rameau’s desire to use music as a springboard for underserved children were planted in New Haven, where he taught music theory to public school students while he pursued his graduate degree at Yale University’s School of Music.

To Rameau’s surprise, he was racially profiled by black and brown children demanding to see his ID because they didn’t believe a person of color could be enrolled at Yale.

“I worked with amazing students in New Haven who were capable and had all the potential in the world, but I don’t know if they knew it,” says Rameau. “The only difference between them and me was the environment in which we were raised. I believe that with the right environment and support, kids will flourish, and it did not feel good to see the discrepancy in opportunities and possibilities.” Rameau’s parents stressed education and music during his childhood.

Based on the El Sistema model from Venezuela — where Rameau completed a two-year fellowship in 2010 — AMP gained the support of the Atlanta Symphony Orchestra and the The Zeist Foundation within a year of inception.

“I have worked with many young people who have received fellowship funding in their role as social entrepreneurs,” says Mbiwan. “But Dantes’ humility came across pretty quickly. He has a genuine, almost innocence to him. You don’t feel like there’s any ego. He is salt of the earth and a shining example of what a servant leader, particularly one working in youth development, should be.”

What impressed Mbiwan was that Rameau didn’t frame AMP as a music education program so much as a social justice entity to close the gap in music education between the haves and have nots.

It was a mindset Rameau learned early in life. Despite their limited means, Rameau’s parents’ commitment to their son’s intellectual and artistic development was unlimited.

“Everything I received in my life, in terms of musical support, was because of my parents,” says Rameau. “They were always looking to open doors for me. Sometimes they couldn’t open the door themselves, but they pushed it open a crack or peeked underneath the door or through cracks in the door frame. I was the beneficiary of their resourcefulness.”

They taught him the value of patience and long-term thinking, of being modest and humble but also determined.

As Rameau quietly goes about the work of passing on values like intent, humility and diligence, he has seen how the practices needed to become a good musician help develop characteristics that can lead to success whether or not a child wants to play professionally. Self-perception can buoy or sink a child, but once they understand that they can do something beyond the realm of what they believed was possible — whether mastering a difficult passage or learning to play a new instrument — the habits are iterative. José Antonio Abreu, the late-maestro who founded El Sistema in 1975, referred to the deep-seated confidence that results when children demonstrate excellence, discipline, calm, patience and determination as a noble identity. And he believed such children had the power to change entire communities by example.

“Our best students have become role models in their neighborhoods,” says Rameau. “As a result, grade-schoolers no longer need to see the Atlanta Symphony to understand what is possible. In fact, the ASO may not do anything for them. But Donovan, Olivia and Nyasjah who live down the street and play the violin, double bass and viola really really well are the community’s most valuable assets. As they go, so goes AMP.”

Depending on how AMP’s capital campaign goes, the program will relocate to a former grocery store space in the Capital View neighborhood later this year. And once the new headquarters is up and running, the students will have what they need. Still, there is no rest for Rameau, who rarely takes a day off and says he refuses to be the person who breaks his promise after telling a child the world is their oyster.

If Thalia Island — whose 14-year-old son Jordan is an emerging bassoonist — is any indication, however, Rameau needn’t worry about letting down his pupils or their parents.

“Mr. Dantes is not just a bassoon instructor or the head of AMP,” says Island. “He is a friend, mentor and head of the village who goes above and beyond to teach important life lessons. He is relatable and has credibility with the kids, introducing them to opportunities that are tangible and possible. Thank you is not even enough. There are no words I can find to really express my gratitude for just having him in my son’s life and in my life.”