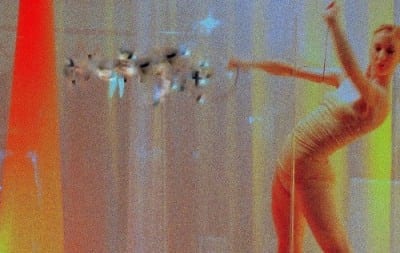 Preview: gloATL’s "This Is a World" confounds expectations with seats, tickets and a stage

“Perpetual motion” could describe the fluid, ongoing quality that fills the Woodruff Arts Center’s symphony rehearsal hall, as eight or nine gloATL dancers work with choreographer Lauri Stallings, developing a movement language. On sudden impulses, they move as if reversing the pull of gravity; energy shoots through their bodies and up out of the ground without resistance. Hipbones, elbows and knees reach out into space to create three-dimensional, moving forms, at times angular, odd, with distorted grace. The body shifts weight and direction on surprising, unpredictable accents, as they drop the weight and ride its momentum.

They’re rehearsing “This Is a World,” gloATL’s latest work, which opens this Friday and Saturday at Goodson Yard at the Goat Farm in west Midtown. This weekend’s performance is the first of three phases of development. The second is backed by a Kelly Strayhorn Choreographic Residency in Pittsburgh, and the formal premiere, Phase 3, will take place in May at the Duo Theatre in New York City. 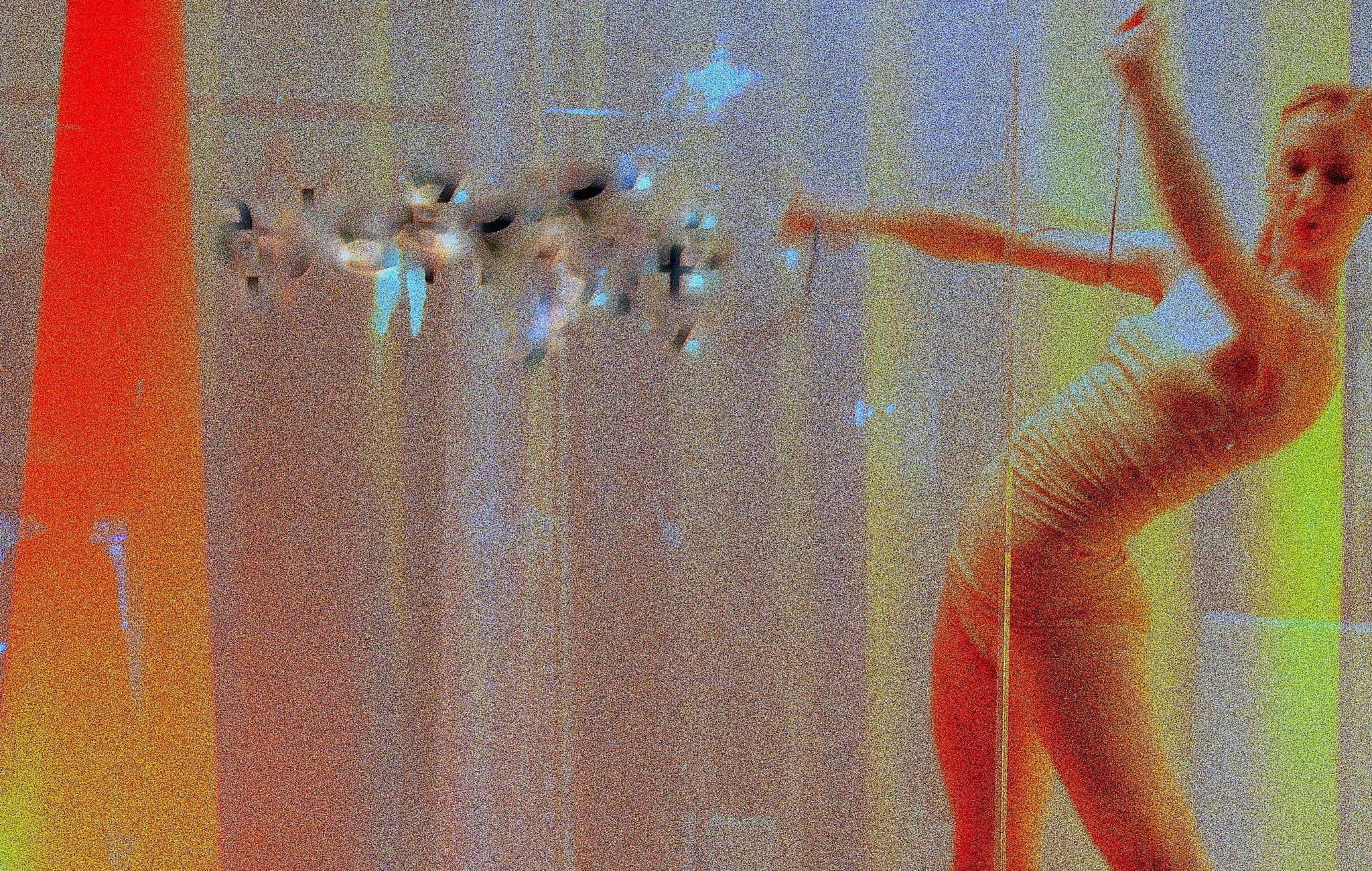 “Perpetual” is also the way Stallings describes gloATL’s creative output over the past 19 months, alongside a stream of her independent commissions. The series of site-specific, multimedia public works, from the troupe’s debut, “rapt,” at the Woodruff, to “pour” in Castleberry Hill, to “Crea” at the High Museum, to “Bloom” at Lenox Square mall, to “Roem” again at the Woodruff, created a sense of “reaching away from the center,” Stallings said. Her grand-scale “Hinterland,” in collaboration with rap star Big Boi, was, perhaps, overreaching: about 10,000 people crowded into downtown’s six-acre Woodruff Park, pushing the concept of free public performance beyond its practical limits.

There’s an argument that the troupe has awakened Atlanta to the potential of temporary public art for making new inroads into the cultural landscape. In Stallings’ case, it’s been dance-centered, site-specific multimedia performance works geared, in part, toward fostering public engagement, reclaiming public spaces and challenging a pervasive culture of consumerism.

As the choreographer sees it, the scale of gloATL’s site-specific works grew in parallel with the growth of Atlanta’s online media. Arts websites — such as ArtsCriticATL — have given voice to commentators across various disciplines, each bringing his or her own opinions and reactions to the table, generating far more attention than she had expected or wanted, she said. Thus it was only reluctantly, Stallings said, that she would grant the press an interview about her latest work. (Photos by Thom Baker.) 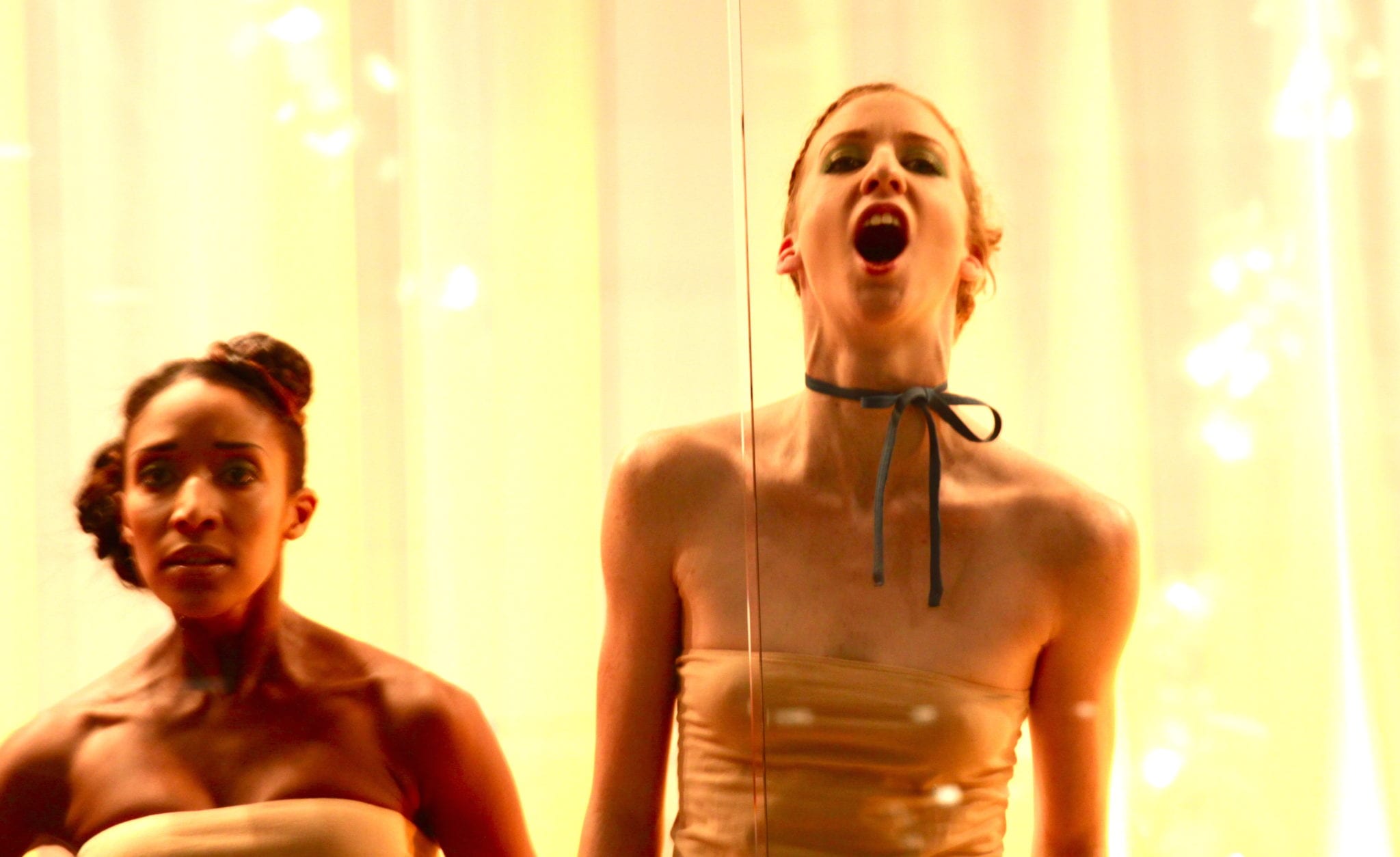 “This Is a World” is a departure from previous gloATL works in Atlanta (Stallings reminded me that all of her out-of-town commissions have been for proscenium stages). Stallings calls the new work not so much “site-specific” as “part choreography, part interactive art installation.” It’s not tailored specifically to the energy and history of a particular space; rather, “This Is a World” began in the studio, a nest of sorts, with four potential venues in mind. Just a couple of weeks ago, she settled on Goodson Yard, a century-old warehouse on the Goat Farm, an old cotton mill that’s been repurposed as living and work space for artists. So, Stallings said, “We’re picking up our nest, we’re setting it down smack in the middle of that old structure, and we’re going to dwell there and just keep digging deeper and deeper with the community … to experience the center of that space for a very intense hour.”

She considers it one of the most beautiful venues gloATL has used. “It’s contained, but it’s got this feeling like the bones are really soft.” There’s also a roof, and room for everyone in the audience to sit — another departure from her previous migratory works. Instead of kite-tailing behind the dancers, which has frustrated some audience members who have missed the action, the spectators this time will have full view of the work in its entirety. They should be able to see all the layered detail — in the body, the eyes and the sensations — that sets Stallings’ movement language apart from most choreographers.

And unlike with the previous outdoor works, a more conventional audience-performer exchange — purchasing tickets — will be part of the experience. Eleven dancers will perform; four are students at Kennesaw State University, one of whom, Mary Remy, is interning with gloATL as part of an artistic partnership with the college dance program. (Disclosure: I teach dance at KSU.)

Musically, Stallings plans to create a world with several selections from Max Richter’s album “Infra,” commissioned by London’s Royal Ballet for Wayne McGregor’s 2008 ballet of the same title. “It blurs everything to the point that inside the blurring, everything becomes acute and vivid,” she observed. She is also working with electronic music by Alva Noto, Sharon Jones and the Dap Kings’ rendition of “This Land Is Your Land,” and Ben Harper’s “Homeless Child.”

Although it’s a departure in a few ways, Stallings sees that “This Is a World” is linked to her previous works. As she and her dancers continue to investigate movement and understand how it relates to a contemporary scene, she’s discovering a central theme: “Being together,” she stated, which “is a pretty big deal, particularly as we all learn about the ways in which to live in an urban culture. The world is an urban culture, and so, being together — what does that mean? That is a world.”