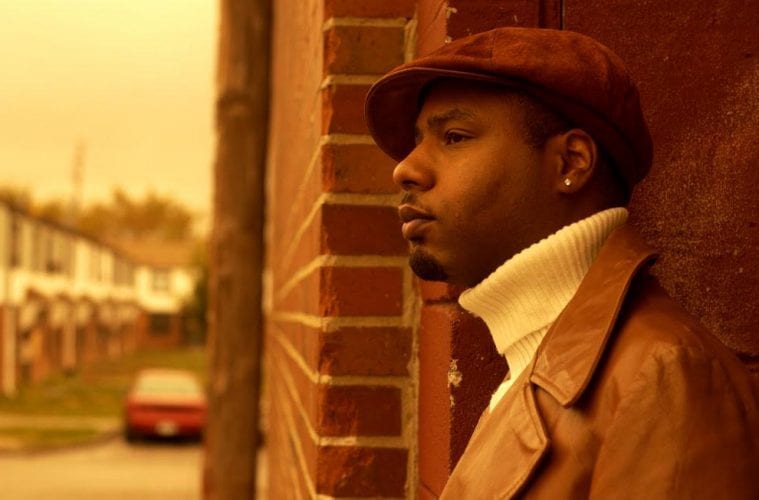 New York, Los Angeles, New Orleans and Nashville are all noted centers of musical distinction, but one of the best kept secrets in the music business is the wealth of musical talent that resides within Atlanta and its surrounds. Home to hip-hop, country, neo-soul, rap, rock and pop musical acts, Atlanta is also home to a deep bench of talented jazz musicians. One such talent is the jazz trumpeter Russell Gunn. Gunn was born in Chicago and spent the predominance of his youth in East St. Louis (home to another trumpet player of some distinction: Miles Davis) before becoming an Atlanta resident.

Gunn’s latest endeavor with the Royal Krunk Jazz Orkestra, Get It How You Live, drops today on Ropeadope Records.

Now an acclaimed musician and currently on tour with Marcus Miller, the young Gunn started playing trumpet at the age of 10, and confesses to being a drummer at heart. 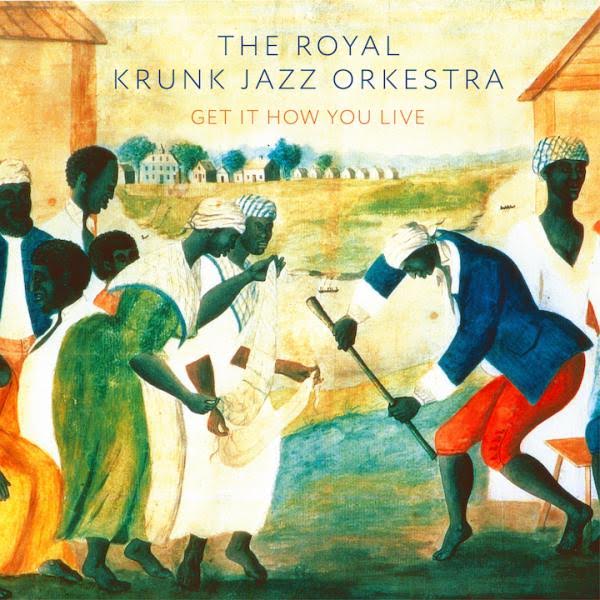 “Drums have always been the foundation for everything for me,” he says. “I was going to play the saxophone when the opportunity came up to join a band at the age of 10. The only reason I chose the trumpet was because my best friend and I wanted to play music together and he wanted to play trumpet, so that’s what happened.”

East St. Louis in the ’70s had its share of inner-city challenges. It was demarcated by youth gangs that were territorial in nature. For Gunn to travel across town by bus into basically unfriendly territory took fortitude and a fair amount of courage. “It wasn’t easy,” he says. “Trust me, me and my best friend sometimes not getting out of band practice till 10 or 11 p.m. was a real problem. The high school was surrounded on four sides by the housing projects. It wasn’t fun, to be on the other side and have to navigate that neighborhood. But it was worth it.”

Inside the halls of Lincoln High School, Gunn got rudimentary musical lessons, mostly by well-meaning instructors, what he calls “musical specialists,” people who could get you started on the instrument. He credits his band leader at Lincoln, Ron Carter (not the famous jazz bassist), as being a caring and nurturing individual in his early development. Gunn’s facility on his instrument, the real skill he eventually developed, came from countless hours of practicing.

“My training program was sitting in a room with a cassette player, rewinding Clifford Brown all day and all night,” he says.

Being self-taught has its limitations, and Gunn admits that he developed some bad habits along the way, habits he constantly finds himself improving on, even now in his mid-40s.

Somehow, through it all, Gunn has managed to reach some impressive musical achievements. When Gunn went to New York in the early ’90s, he found himself playing with the likes of Oliver Lake and Branford Marsalis and was recruited personally by Wynton Marsalis for his orchestra, which would eventually become the Jazz at Lincoln Center Orchestra. Having grown up in the era of hip-hop music, Gunn is quick to defend the movement that brought us rap music as a total cultural experience, not to be confused with much of the banal commercialized fare that is predominant in much of today’s music. “Rap music is one part of a cultural experience that included break dancing, deejaying, graffiti art and a style of dress,” he says. He credits rap artists like L.L. Cool J as being influential to his musical psyche.

Known as a predominantly hard-bop player of extraordinary sensitivity and purpose, during his career he has produced over 20 recordings as a leader and been a valued sideman on countless others. His Ethnomusicology Vol 1 from 1999 and his Ethnomusicology Vol 2 from 2001 — both groundbreaking concepts that skillfully melded hip-hop elements with jazz — were each nominated for Grammy Awards. 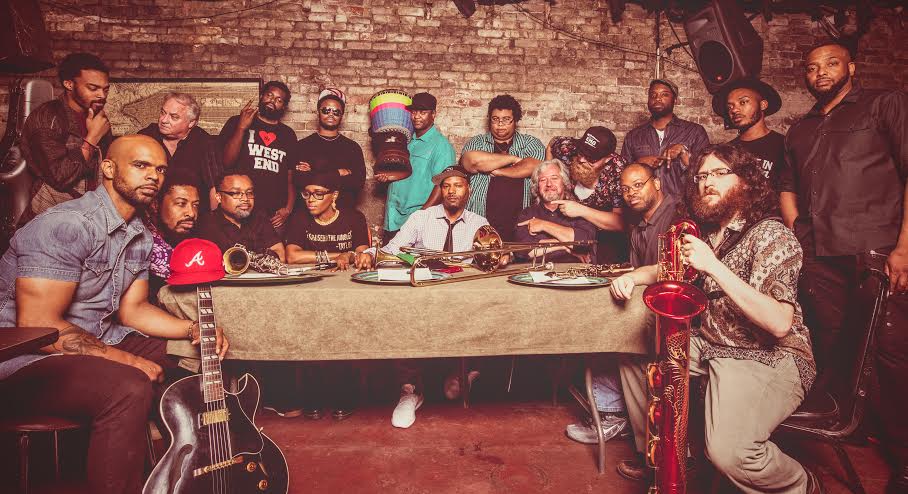 Fast forward to 2018, the in-demand trumpeter is currently part of the bassist Marcus Miller’s touring band. What’s it like to play with a former protégé of the great Miles Davis?

“Completely satisfying,” says Gunn. “There are few opportunities like that left for musicians. To be part of a band, especially at my age, where I’m still in the student role and I can still learn. But also, to play with someone who has played with someone who I wish I could’ve have played with.”

When not touring with Miller, backing contemporary artists like D’Angelo or sailing as a part of the Blue Note at Sea Jazz Cruise, Gunn is at home in Atlanta honing his own music, a deft mixture of hip-hop, neo-soul, funk and jazz. His most ambitious project is his 19-piece big band, The Royal Krunk Jazz Orkestra. Despite his lack of formal training in musical notation and arrangement, Gunn has managed, through patience, hard work and tedious trial and error, to create his own distinct voice in the big band genre.

Gunn describes the word “Krunk” as a super excited, euphoric state of mind. “I did a record with my big band and the singer Julie Dexter,” he says. “She was listening to the previews of the music in her car when a kid came over to her window and said, ‘That sounds like some “Krunk” jazz to me.’ And that’s how it was born. Kids don’t lie.”

The album was previewed and practiced at the East Atlanta jazz club St. James Live before being recorded at The Ray Charles Performing Arts Center at Morehouse College here in Atlanta. It features the Grammy-nominated, neo-soul singer Dionne Farris, best known for her hit single “I Know” from 1995.

Always thinking outside the box, Gunn says he decided to reach across the aisle and incorporate some of Farris’ neo-soul material and arrange it into his big band format. Besides Farris, the new album features solo spots by trumpeters Theo Croker and Melvin Jones, vocalist Dahill Smith and local saxophone phenom Brian Hogans, and several songs have been expertly arranged by local trombonist/arranger Wes Funderburk.

Gunn considers this album the culmination of all the work he has done in his career up until now. If history is any indication, the results should be spectacular. When he returns from this leg of his European tour with bassist Marcus Miller, Gunn plans on a performing with his big band at first locally and then nationally.