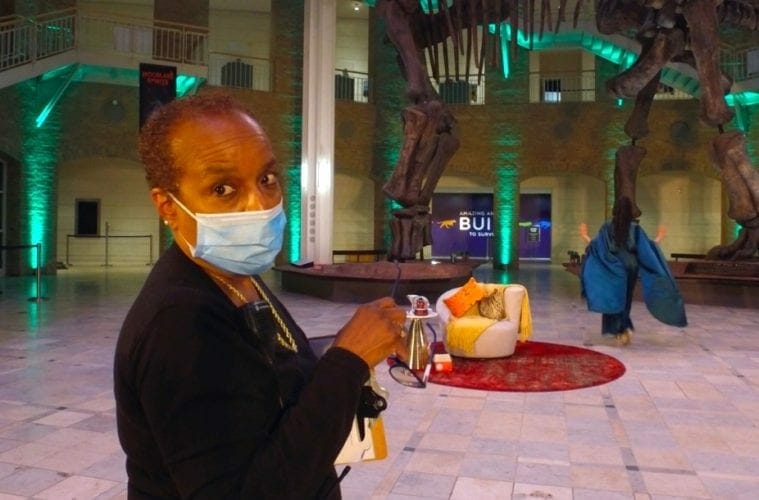 In Our Own Words: lark hackshaw, stage manager at the Alliance

lark hackshaw is a stage manager who has worked with the Alliance Theatre for 30 seasons. She’s affiliated with Winston-Salem’s National Black Theatre Festival and has worked on productions regionally and nationally — including the Tony Award-nominated A Soldier’s Play on Broadway. Most recently, she’s worked on film projects. (Photo by Felipe Barral)

Just as I remember where I was on September 11, 2001, I remember where I was at 3 p.m. on March 12, when Governor Andrew Cuomo shut down Broadway theaters due to COVID-19. Our limited run of A Soldier’s Play was scheduled to close in three days. The next day, Friday the 13th, we documented the production on film for the Lincoln Center archives, hugged each other as long as we could, raised our glasses in an onstage toast and headed to airports in an attempt to beat the shutdown. My next assignment, Sweat, due to start the following week at the Alliance, was canceled. The thought of quarantining for a month or two was delicious for me as I had been away from home for almost five months and was ready to unpack, kiss the fur babies and decompress.

As two months segued into four, then eight, now almost 10 months, life took an interesting turn. A long time ago, I learned that the only thing I can control and the only person I can fix is myself. The lesson stuck as politics, police killings, race riots, a crazy president, the rising COVID death toll and rampant unemployment forced me to go inward, find my peace and deepen my relationship with myself.

Self-evaluation can be hard. You have to be still so you can hear the God spirit within you and be open to some truths that are not easy to face. But in the end, the prize. My worth and my value is now crystal clear.