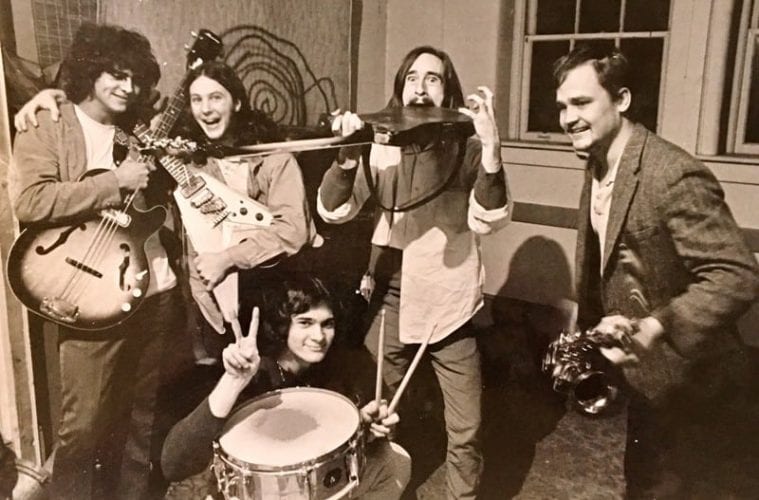 The Hampton Grease Band played together from 1967 to 1973 and instigated Atlanta’s rock scene. Pictured in their early years (from left) are Mike Holbrook, Glenn Phillips, Jerry Fields, Harold Kelling and Colonel Bruce Hampton.

For all practical purposes, Atlanta owes its modern rock scene to a clock radio.

The year was 1968, and the Hampton Grease Band was still three years away from becoming the first Atlanta band to sign a major-label deal. At that point, the band couldn’t even find an Atlanta club willing to hire a group that played original music.

One afternoon, as Grease Band guitarist Glenn Phillips strolled through Piedmont Park, he spied a single electric outlet at the park pavilion. His first thought was if the outlet was live, his band could set up their equipment and play in the park on Sunday afternoons, the way they did in San Francisco. 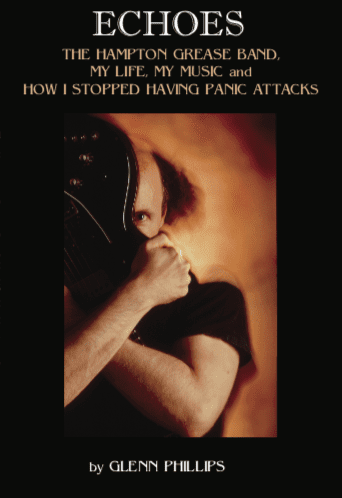 Phillips returned to Piedmont Park the next day with his clock radio. He went to the pavilion, plugged it in, and the clock radio sprang to life. A few days later, the Hampton Grease Band made its debut and helped ignite Atlanta’s version of the Summer of Love, centered on the park and 10th Street in 1969. “We played there every weekend,” Phillips says. “And by the spring of ’69, the Allman Brothers were playing there with us, The Grateful Dead played there, as did countless other great Atlanta bands.”

Phillips, who performs his 20th annual post-Thanksgiving concert Friday night at the Red Light Cafe, recently released his autobiography — titled Echoes — along with a new album, The Dark Parade. The book offers a rich and articulate account of Atlanta’s original rock scene. After the Grease Band broke up in 1973, Phillips pioneered the indie music scene when he became one of the very first musicians to self-release an album, 1975’s Lost at Sea.

The book is a candid and often brutally honest look at Phillips’ personal struggles with codependence, growing up in an alcoholic family and his own debilitating panic attacks. “Writing about it is something I felt I had to do,” he says. “I was driven because writing helped me connect the dots in my life. And I thought there may be other people going through the same things, and this might help someone else.”

Phillips, 69, sits in the music room of the ranch house he shares with wife Katie in a quiet Brookhaven neighborhood. His heavily modified Gibson L-6S is in his hands as he talks about the impact the Hampton Grease Band had on Atlanta’s music scene. 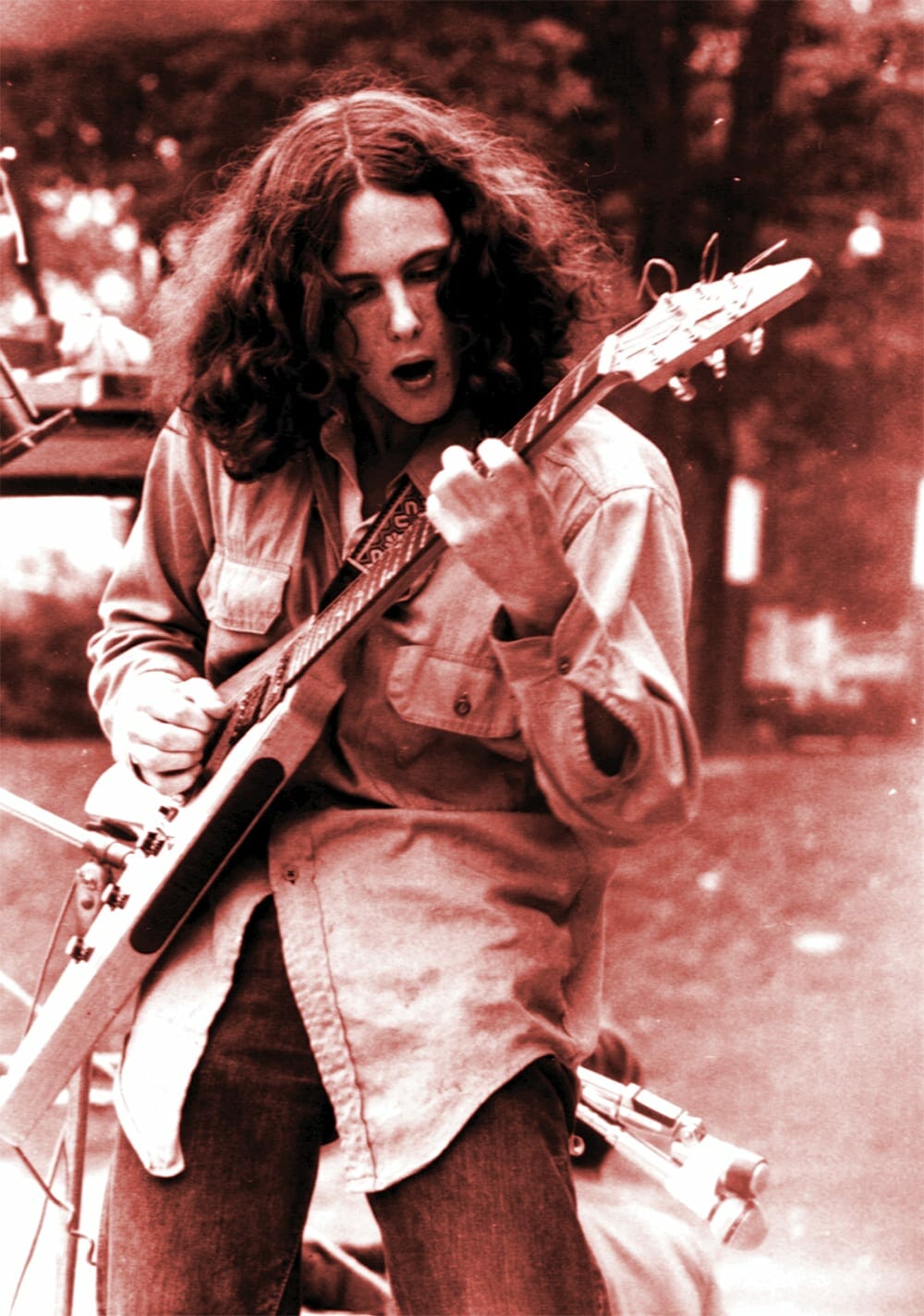 Glenn Phillips performs in 1968 at Piedmont Park with the Hampton Grease Band.

The Grease Band also set the tone for the quirky, slightly off-center eccentric vibe that continues to influence Atlanta bands today. For example, the opening track of the band’s first, and only, album was a song called “Halifax” that was nearly 20 minutes long. The song lyrics essentially quoted an encyclopedia entry on the Canadian city.

“Harold and I were obsessed with music and writing these long, involved songs,” Phillips says. “Bruce was a natural and gifted performance artist. Bruce was disconnected from the music and often not at practice. But that was the magic of the band. Our bond was friendship and family. We were lucky enough to become part of a community.”

Columbia Records released the band’s debut double album, Music to Eat, in 1971. For the album’s liner notes, the band reprinted a review that completely trashed its music.

Despite a critically lauded show at Fillmore East in New York City opening for Zappa, Columbia had no idea how to promote such an odd collection of music. Music to Eat became known as the second worst-selling album in the label’s history, second only to a spoken-word yoga album.

“I don’t want it to sound like we had more influence than we had because we were a cult band,” Phillips says. “The band was about the power of complete freedom, being yourself and being unafraid about the consequences. We were very much part of the times, but not of the times. But we were accepted and embraced by our cult of fans, and that was powerful for us.”

Phillips’ father, who came from a family of alcoholics and fought alcoholism himself, killed himself in 1973 because he was depressed about his job. After that loss, Phillips became determined to record a solo album of instrumental music to help process his grief. He recorded the album in his Brookhaven duplex and then decided to release it himself.

“I didn’t have a band, or a record contract, but I did have an emotional compulsion to do this album,” he says. He decided to find a plant that pressed albums and release it himself, something that was not done in 1975. 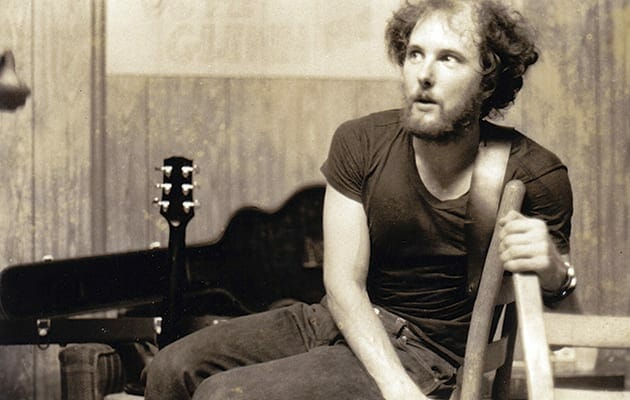 Glenn Phillips at the time  “Lost at Sea” was released

“I had never heard of somebody putting their own record out,” he says. “The do-it-yourself movement had not started yet. My friends thought I was nuts. I have been told that record had a powerful effect on the do-it-yourself punk movement in England. Because it was a homemade record, it made people over there realize you could release records on your own.”

The album, Lost at Sea, hit big in England. Somehow, a BBC disc jockey heard the album and began playing it on the air. Not only did the album come in second place in the Melody Maker readers poll for best album, it spurred a recording contract with Virgin Records. Label president Richard Branson flew to Atlanta to personally sign Phillips.

In 2015, for the album’s 40th anniversary, Lost at Sea was rereleased on vinyl as a double album with live tracks and demos and sold out both its domestic and European pressings.

Over the years, Phillips has released 20 albums and garnered considerable critical acclaim for his guitar instrumentals. “The common thread to all of my music is that each album has been a chapter in a musical memoir,” he writes in the forward of his book. “It’s all been part of an effort to understand a life that didn’t always make sense as it was happening, and that life started with my parents.”

Growing up in dysfunction is a major theme in Echoes, as well as Phillips’ struggles as an adult to escape the cycle that entrapped his parents.

Both were alcoholics who self-medicated to calm emotional issues that had been handed down through generations. After his father’s suicide, Phillips began to experience severe bouts of anxiety and panic attacks that he didn’t realize were attached to his unresolved grief. In many ways, Phillips felt guilty that he wasn’t able to “heal” his father.

In recent years, Phillips has come to understand that his parents went through similar issues and that drinking was their way of deadening emotional pain. “It wasn’t until much later in my mom’s life that she told me that father’s mother killed herself the same way he did, his sister killed herself the same way he did,” Phillips says. “Until then, I’d felt guilt. Then I understood, there was nothing I could have done to stop my father from killing himself.” 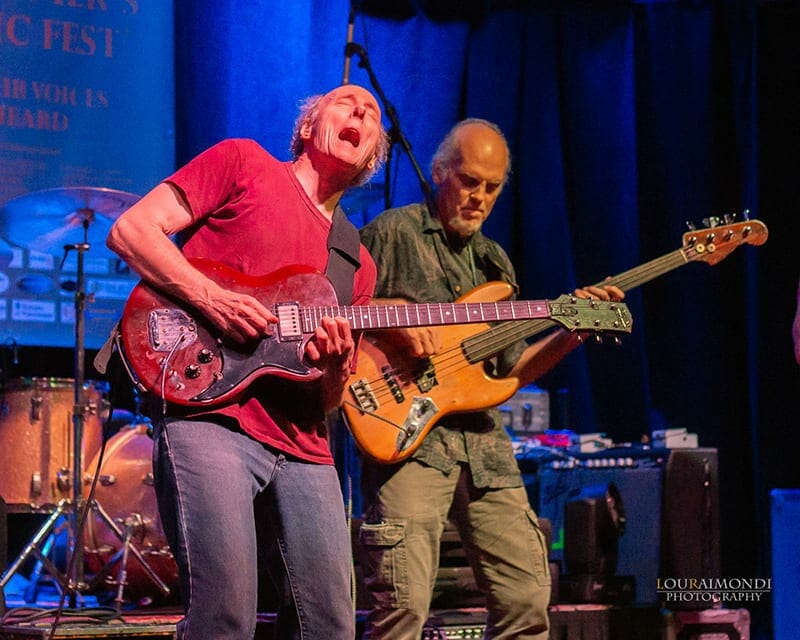 Writing the book helped Phillips reach a place of acceptance and gratitude, even if getting there was an often uncomfortable process. “It took a long time, writing and editing it, decades, really,” he says. “A lot of writing and putting it aside for a couple of years. You have to take the raw materials of your life — good, bad, funny, ugly — and you have to try to turn those things into positives. That’s how we move forward. That’s what is so incredible about music. It gives you a means to do that.”

Phillips says his career as a musician has been a fulfilling journey. These days, he doesn’t tour very often and generally plays local shows only a few times a year. “We play whenever we feel the need to do it,” he says. “We don’t tour the way we used to because we’re all older, and I don’t want to break anybody. Every few months, I’ll book a job like the 20th anniversary of our Thanksgiving show at the Red Light, and we’ll play and have a great time.”

He feels fortunate that his music never brought him widespread fame. He’s seen the effects on friends who made it big only to lose themselves in a haze of drugs and alcohol. “That kind of success at that age can be a very destructive element in your life,” says Phillips. “The moment of connecting with your audience is a beautiful thing. But as youngsters with issues, living in that kind of insulated bubble of success and with the drugs of the times, it’s a brutal lifestyle. Psychologically and emotionally, it can be torturous.”

The Hampton Grease Band played a reunion show at Variety Playhouse in 2006, the last time band members performed together. “Everyone in the Grease Band has had a long life,” Phillips says. “I’ve had to keep these memories alive, and these experiences I had with these people and how much they meant to me and how fortunate I was to have those experiences, that’s what matters. I was incredibly lucky.”