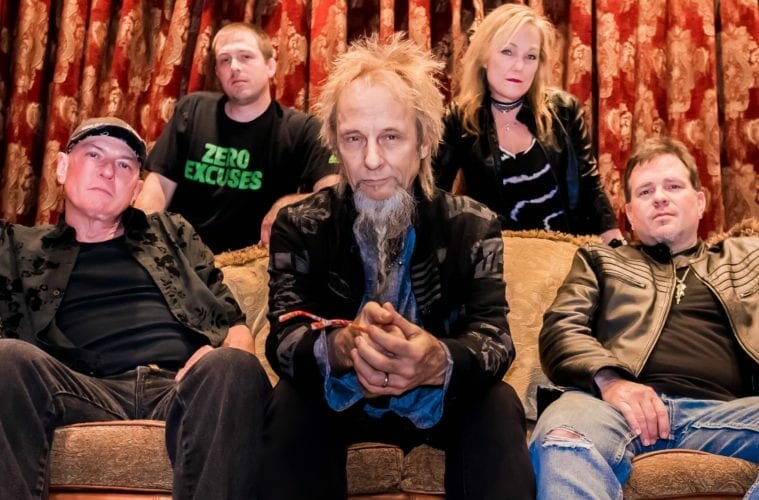 Mother’s Finest has one of the most familiar concert introductions in rock — “Ladies and gentlemen, from Funk Rock, Georgia, please welcome Mother’s Finest!” — and the band pioneered a hard-driving blend of funk and rock ‘n’ roll long before Prince brought it home with Purple Rain.

Nearly 50 years after Mother’s Finest moved to Atlanta and became known for their scorching live shows, the band is still a fixture on the concert circuit and a 2011 inductee into the Georgia Music Hall of Fame.

A key ingredient to their sound is the guitar work of Gary “Moses Mo” Moore. A native of Dayton, Moore’s father was a bluegrass musician. Moore released his first solo album in 2010 and also has his own solo group — The Real Cool Band — which will take the stage Saturday night at Eddie’s Attic.

Moore sat down with ArtsATL to discuss the evolution and staying power of Mother’s Finest and why it’s important for him to step out of that legendary group and pursue different musical styles.

ArtsATL: How long did it take Mother’s Finest to form as a band, and what were the circumstances surrounding the union?

Gary “Moses Mo” Moore: It took maybe three to four years to become the band that is now known as Mother’s Finest. When I was still in high school, in Dayton, Ohio, I was playing in a band called the Raspberry Blues Band. We played at a club called The Golden Lion. As fate would have it, Joyce [“Baby Jean” Kennedy] and Glenn [“Doc” Murdock] were also playing there. They played the hell out of “I Want To Take You Higher” by Sly [and the Family] Stone. The musical connection with us was immediate and strong, and, from that point, it was on. Mother’s Finest remains one of the hottest live bands in existence.

Joyce and Glenn went on to perform in Miami. Shortly after I graduated in the summer of 1970, they called to ask if I’d be interested in forming a band with them. So I drove to Miami to join them. One of our first bass players told us he would no longer be able to be in the band but said he had a brother who could play bass. “Wyzard” (Jerry Seay) then took his place, and the core of the group was formed. We had several drummers over a two-to-three year period but really solidified becoming a band after we moved to Atlanta. We found Barry Borden performing with a group called Motion in Underground Atlanta and asked him to join the band. When he said yes, that became the Mother’s Finest that most people are familiar with, and the rest became history.

ArtsATL: Why the name “Mother’s Finest,” and who came up with it?

Moore: We all wanted to be called The Mother F***ers but knew that would only be a problem. So, instead, we went with Mother’s Finest so we could slip “MF” past the record companies. Glenn Murdock came up with our very first logo, using his graphic artist skills to create the image we used exclusively for many years. The record label artists came up with quite a few variations for the records we released, and we hired some artists to create artwork which included the MF letters for various items and merchandise made for our tours.

ArtsATL: Mother’s Finest has endured and survived several decades of change. Name three things for which you’d like the band to be remembered.

Moore: First, the music. It still remains the most important thing to us. Secondly, our performance as a band/group. We’re all in love with the stage and the connection we’re able to make with the audience and each other. I still get excited and energized by the people who I play with. Thirdly, the longevity that’s been provided to us by our fans and friends. Who knew we would have lasted this long as a group and have a catalog of songs people would remember or discover for the first time, over a 50-year span. We’ve grown as songwriters and performers, but we’ve also grown up together — we’ve become family. We’ve made a lot of friends along the way by just staying together over the years. Moore brings a rock edge to the funk of Mother’s Finest, and also performs with his solo band.

ArtsATL: Tell us about your solo project and your upcoming show at Eddie’s Attic.

Moore: Performing and writing new music with The Real Cool Band allows me to reach deep into my own creative self for more musical ideas. In a short time, we’ve become friends, family and writing partners who inspire each other to push through the veil that separates what is known from the vast universe of the unknown. We’re always trying different ideas, mashing up different genres and merging different styles and techniques. For instance, by adding my son-in-law, ZeroBasement — who is by nature a rap artist — I’ve discovered how to blend an art form unfamiliar to me into songs with rhythms and melodies using beats that are new for me. Each member who has helped me to record these songs has added a special sound by being who they are and by the way they perform. Kerry Denton has a jazz/classical flair for drums; Mikey Long has a strong southern, soulful approach to playing the bass; PoiZen EV brings a certain sass and excitement with her percussion instruments and vocals. There’s nothing but musical pleasure to be found in the 2000s.

Our performance at Eddie’s Attic this Saturday will be a musical smorgasbord from a variety of talented Atlanta artists. As a smaller venue, there’s an emphasis on the music and songs performed there. That is, there’s less production, with more for the music and vocals — closer to the audience for an intimate, honest connection. It gets real when it’s right in your face. Musicians have to exercise control over their instruments, vocalists can show their mastery over just singing into a microphone, and the acoustics are awesome in this room.

ArtsATL: How have your musical goals and desires changed with your solo project?

Moore: Goals are the same: hunting for a new melody, weaving words into stories with a rhythm. But I’m also using all that’s been learned by writing for Mother’s Finest as a group, and learning to sing and play the guitar — something I’ve never done for Mother’s Finest. My desire is to continue to have an outlet for the songs which I write for myself, or others. It’s all I have ever wanted to do. My solo project is just another avenue to express myself. I’m fortunate to have others who wish to do this with me and join me on my journey. Though, for where this  journey may go, I don’t know.