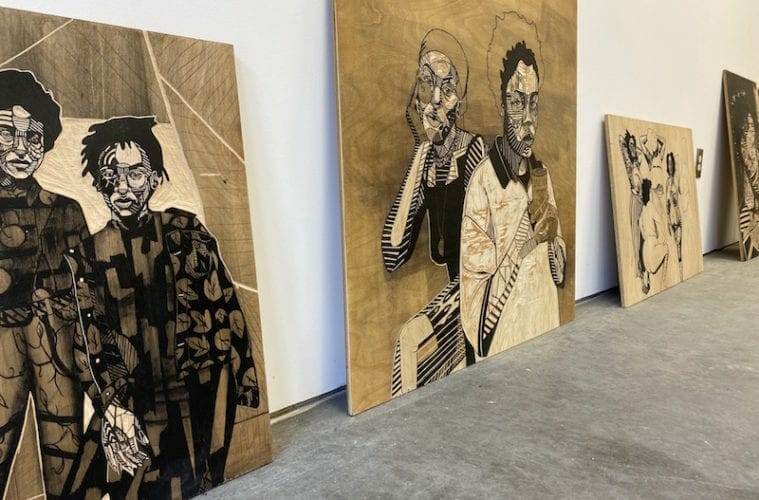 Much of the world had to learn how to shelter in place in 2020. Then there are those to whom peacefulness comes naturally, like the team at North Georgia’s historic Hambidge Center.

According to executive director Jamie Badoud, Hambidge is more about nurturing the creative process rather than end result. The Art Lab exists so artists can be surrounded by other creatives and about “different artists creating a safe community for themselves.”

The 18,000-square-feet donated space became official in September 2020. A month later, Hambidge filled all of the spaces with art and held an online Art Auction + Virtual Performance Show. The residencies began in February and continue through June. The lab has a total of seven studios, a gallery and a dance space.

LOCATION, AND MORE: 2450 Piedmont Road N.E., at Piedmont Road and Morosgo Drive, formerly the Lindbergh City Center at the old PNC Bank Building. (If the Lindbergh area used to be your stomping grounds, you’ll remember such retail spaces as Jimmy John’s and Wet Willies, which used to be there.) The MARTA Lindbergh Station offers direct access.

THE WHY: To provide a place in which artists are surrounded by fellow creatives. Says Badoud, who comes from a painting and accounting background: “Art is work. Artists need to break out of regular routines, all those things that aren’t grounding us.” A peek inside the Matriarc Society studio, an exclusively femme music space. (Photo by Dayna Thacker)

THE PROCESS: The lab received more than 70 proposals from professional artists. A jury chose eight for the first five-month residency, which began in February and ends in June. Artists were given studio space they can access 24/7 plus free parking passes. Hambidge charges no fees and takes no cut from anyone who sells work. The artists aren’t told what to do or how to use their space.

“It’s about the artists and their well-being,” says Dayna Thacker, programs and marketing director. “The storefront aspect allows artists to incorporate the public into their work in a way that’s hard to find.”

The campus features big windows and aquarium-style spaces that passersby can see into from outside, including a phone booth space for small performances. Artists can choose to do things that face outward.

The Art Lab community will engage with the public in some way each month  and no two months will be alike. At this month’s Second Saturday Studio Tour viewers watched a photo shoot in Solana Ramirez-Garcia and Kirsten Robin’s Matriarc Society, an exclusively femme music studio.

Experiential artist and researcher Jessica Brooke Anderson gave away family heirlooms as guests adopted part of her family history. Photos were taken to create a family tree of strangers now connected through the objects. Writer/photographer Arvin Temkar asked visitors to describe their year in COVID in six-word stories, which will become a window display. WHAT’S NEXT: Second Saturday Studio Tours will take place April 10, May 8 and June 12 (masks and social distancing required). The tours are self-guided and artists’ activities will vary. Some studios may be open to visitors, some artists may show work through the window. They may host creative workshops, lessons and more for the public now through June. Updates on Instagram, Facebook or the Art Lab website.

LAST WORD: “We’re trying to get together a group of people from all backgrounds, all races, all pronouns, all everything,” Badoud says. “We’re celebrating that and creating a playground in the city that nurtures that. Artists “create beauty, they create understanding, but when they’re talking about their work, that creates a whole deep, deep layer. That dialogue needs to happen as a people. We need to share and enlighten the world. And we can’t do that until artists really learn from each other.”