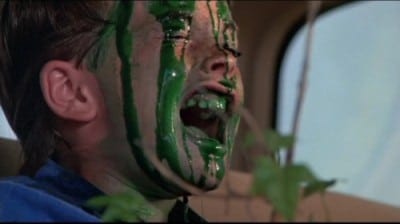 Like its title, “Best Worst Movie” contains some oppositions. It’s funny and sobering, sweet and bitter, inspirational and cautionary. And it’s an eye-opening look at the ways people delude themselves as a side effect of that unstoppable global disease: the desire for fame.

Here’s the story. Many of the aspiring actors unlucky enough to appear in the 1990 straight-to-video “Troll 2” chose not to list that gig on their résumés. That was an option, at least, for the actors who even got another audition after the witless, low-budget “horror” film about an American family under attack from vegetarian (!) goblins. 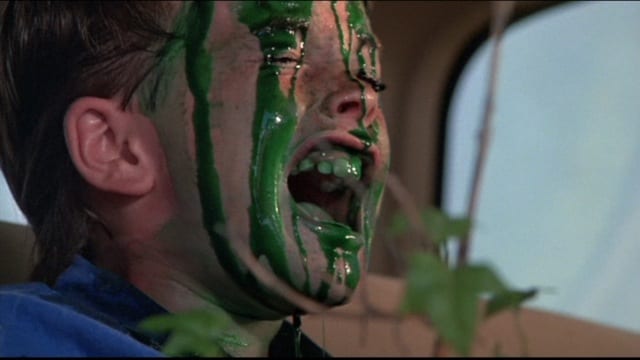 Michael Stephenson, the kid-actor star of the thing, decided to confront the turkey head on by directing this documentary. By the mid-oughts, you see, “Troll 2” had become a sort of delicacy for lovers of Ed Wood-level cinematic blunders. One deadpan video store clerk explains that, at her shop, the movie is filed in “the ‘Holy Fucking Shit’ section.”

She’s telling this to George Hardy, the small-town Alabama dentist who stumbled into the lead adult role in “Troll 2” while practicing in Utah back in 1989. Director Stephenson reconnects with him, and Hardy becomes the documentary’s prime focus: a grinning Candide who sets his practice aside to tour the country with some of his former cast members, showing up at screenings where audiences greet “Troll 2” with orgiastic guffaws from start to finish. (Pity the person whose groupies comprise young, terminally ironic hipsters; it will not end well.)

Stephenson also travels to Rome to look up “Troll 2’s” Italian director, Claudio Fragasso, and his partner and screenwriter, Rosella Drudi. They’re both fabulously deluded. “It’s an important film which talks about the family, the union of the family,” Fragasso declaims. Traveling to the States to attend special screenings of “Troll 2,” it takes Fragasso a remarkable amount of time to realize that people love the flick because they think it’s one of the worst movies ever made!

With his bluster — especially after he heckles the actors when they speak about the bilingual chaos of working for him — Fragasso fully earns the viewers’ schadenfreude. He deserves to be mocked. Not so much with the case of the fragile Utah actress who played the wife and mother in the film. Stephenson and Hardy track her down to the condo where she tends to her infirm mother. There’s something sadly … off here. And yet, the woman can’t resist launching into a living-room re-enactment, with Hardy and Stephenson, of one of the dreadful scenes from “Troll 2” — while the actress’s aged mom, unable to go anywhere else, must watch in mute horror.

Even Boy Scout Hardy recognizes that there’s something damaged here. But he hangs in there, grasping his newfound fame … a little too long. After a night of post-screening adulation, he says, “I don’t feel that kind of feeling when I’m drilling a cavity.” Later, though, after he’s ignored by fanboys at a couple of Dragon Con-ish conventions, he starts reminding himself of the importance of dentistry. “There’s plenty of gingivitis around here, have you noticed?,” he asks co-star Darren Ewing (famous forever for his “Oh! My! God!” moment in “Troll 2”).

So, in the end, George Hardy’s sense of self-preservation seems to neutralize the fame virus. Maybe. Anything can happen. At the end, “Best Worst Movie” offers the possibility of a sequel that no one really wants to see. Everybody calls Hollywood the dream factory. But nobody ever said they were all good dreams.