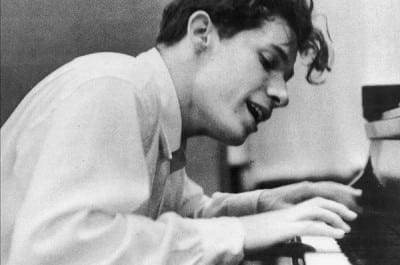 Review: The latest Glenn Gould biopic, “Genius Within” finds a vibrant artist aloof from the world

Fueled by a wealth of footage shot during Canadian pianist Glenn Gould’s youthful peak in the 1950s and ‘60s, a new documentary fills in blanks left out by, say, an impressionistic work like “Thirty Two Short Films About Glenn Gould,” from 1993. But “Genius Within: The Inner Life of Glenn Gould” might be one of the least apt titles of the year. Yes, the film somewhat demystifies a man who understood — and nurtured — his public image as a muse-sparked genius not quite of this earth. But it never gets inside the head of the guy whose performance of Bach’s “Goldberg” Variations turned him into a mid-century musical legend. Approach the film as an amiable home movie, stocked with reminiscences from long-suffering (but still loving) friends and former partners, and you’ll have a good time. 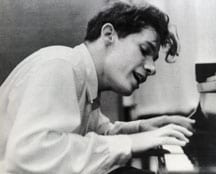 Since his death in 1982 at age 50, people have speculated that Gould might have had Asperger’s Syndrome. His extraordinarily intense focus on music and his somewhat aloof, compartmentalized relationships with other people might fit that diagnosis. But it’s impossible to prove and, really, beside the point. An only child born to aging parents (his mother already in her 40s), Gould showed obsessive interest in the piano from a very early age. A childhood friend recalls hanging out at Gould’s house, wondering how the boy’s parents managed to sleep while their son played and sang in a trancelike state until 2 or 3 every morning.

Touring professionally in his early 20s, Gould always returned to his native Toronto. But his influence spanned the globe. Like a clockmaker, he pulled apart the elements of familiar compositions, putting them back together in ways that could startle. A fellow musician, on first hearing a Gould recording, remembers thinking, “It’s a machine! No, it’s a human being, playing as no one else has before.” And Leonard Bernstein, conducting a Brahms concerto with the New York Philharmonic and Gould, famously tells the audience that he doesn’t actually agree with Gould’s interpretation of his solo. “Who is the boss — the soloist or the conductor?” Bernstein asks. 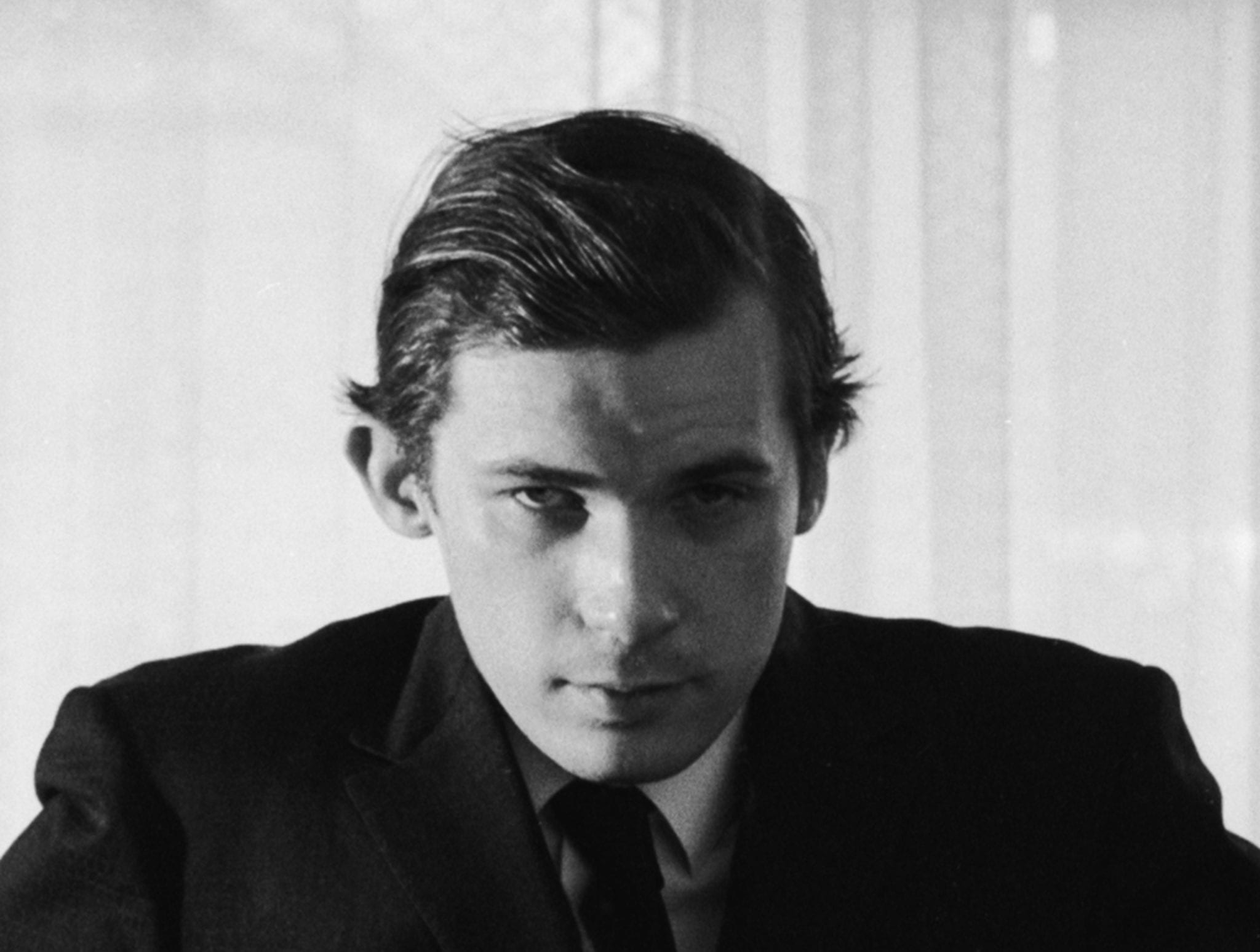 That was one of Gould’s last live performances before he gave them up in 1964, playing only in the recording studio from then on. The movie dispels any romantic notion that this was the result of some artistic breakdown. Tall, handsome, smart and aware of all these things, Gould is shown as a savvy caretaker of his image. Confining his output to the studio, he brought luster to and legitimized other non-live classical recordings. And he managed to escape the rigors of touring and the whims of audiences, whom he’d come to see as a mob-minded evil. He was a savant, but no idiot.

“Genius Within” paints the late 1960s and early ‘70s as halcyon days, as Gould not only recorded concerts but also wide-ranging commentaries for Canadian radio. 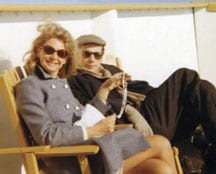 The most interesting part of the documentary — but one that doesn’t bring us any closer to the inner workings promised in its title — focuses on Gould’s four-year affair with painter Cornelia Foss (left, with Gould). Here’s where you’d expect things to get awkward: Foss was married to composer-conductor Lukas Foss; he and Gould were a mutual admiration society of two. Yet when romance arose between Cornelia and Glenn, sophisticated decency prevailed. As Cornelia says in the film, “It was a very straightforward triangle.” Her two children, now middle-aged, support her memories of a beautifully blended family that almost worked — but fell apart when Gould’s innate eccentricities were increasingly made toxic by hypochondria and a dangerous mix of antidepressants and other prescriptions.

The movie drags a bit toward the end and makes some digressions that don’t pay off (such as an interview with Petula Clark, a late, possibly tongue-in-cheek obsession of Gould’s, though the two never met). But classical music lovers will find plenty of interest here.

Near the start, in voiceover, Gould explains, “I couldn’t imagine a life in which I would not be surrounded by music — which shelters you from the world, which takes you and keeps you at a certain distance from the world.” At its best, “Genius Within” documents the ways Gould managed to live, sometimes successfully and sometimes not, in that space between the demands of earth and the imperatives of the chords in his head.