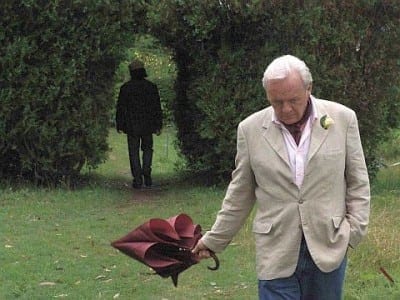 Not to be confused with that film series about death-prone teenagers, “The City of Your Final Destination” is the first Merchant-Ivory movie without producer Ismail Merchant, who died in 2005. It could easily be the last, too, since director James Ivory is now in his 80s.

Ivory and Merchant were partners in life and in business for 40 years, turning out impeccably acted, gorgeously art-decorated, sterling-pedigreed titles including “A Room With a View,” “Howards End” and “The Remains of the Day.” Fine movies all. And yet, the couple were also behind ill-conceived things like “Slaves of New York,” “Jefferson in Paris” and “Le Divorce,” in which miscast actors struggled with Ivory’s direction — which could graciously be called leisurely and, less graciously, lacking a pulse. 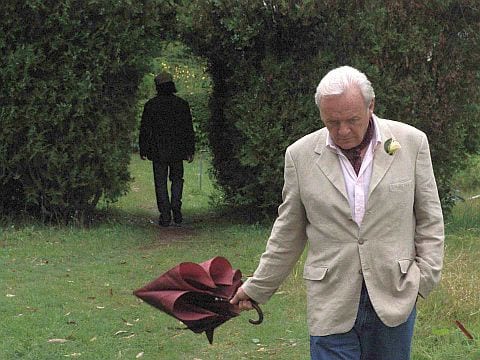 “The City of Your Final Destination” features some of the strengths and weaknesses seen throughout the Merchant-Ivory body of work. It’s lush on the eye, alternately focused and too slow-moving, and peopled with fantastic actors, but also one who is badly out of his depth.

Based on a 2002 Peter Cameron novel, it tells of young literature scholar Omar Razaghi (Omar Metwally), who hopes to make his academic mark by getting approval to write the authorized biography of Uruguayan author Jules Gund, who shot his brains out after writing only one acclaimed novel. Problem is, his surviving family members respond to Omar’s query by refusing to cooperate.

Encouraged by his bossy girlfriend Deirdre (Alexandra Maria Lara of “Downfall” and “The Baader Meinhof Complex”), Omar flies to Uruguay and shows up, without warning, on the doorstep of the Gunds’ vast, isolated estate, hoping to talk the novelist’s flamekeepers into changing their minds. They include Jules’ widow Caroline (Laura Linney), his gay older brother Adam (Anthony Hopkins, top photo), and Jules’ mistress Arden (Charlotte Gainsbourg, pictured below), with whom he had a young daughter. It’s quite an arty ménage, presided over by Linney as a couture-wearing viper whose chilly demeanor could reconstitute all the melting glaciers around the North Pole. As Adam puts it, “Caroline’s only pleasure left in life is to say no to everything.” 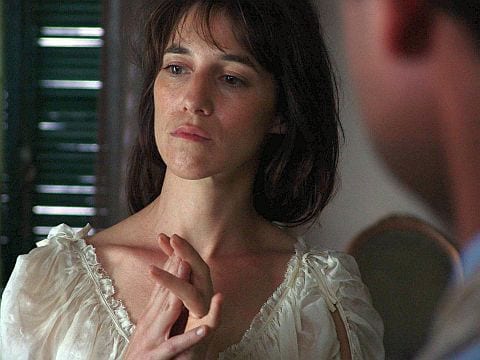 There’s something deliciously old-fashioned now about watching a movie treat literature with such importance. In writing his book, Cameron clearly was influenced by Henry James’ “The Aspern Papers.” “The City of Your Final Destination” likewise features a young man lured by the idea of discovering unseen manuscripts from a famous writer. The film is beautifully shot (with Argentina standing in for Uruguay), and allows for some lovely acting. Hopkins is sly and wittily camp as Adam, who wants to strike a dangerous bargain with Omar. He has a wonderful scene with Hiroyuki Sanada as his longtime lover. There’s a built-in affection here that could easily be director Ivory’s quiet tribute to his longtime partnership with Merchant. 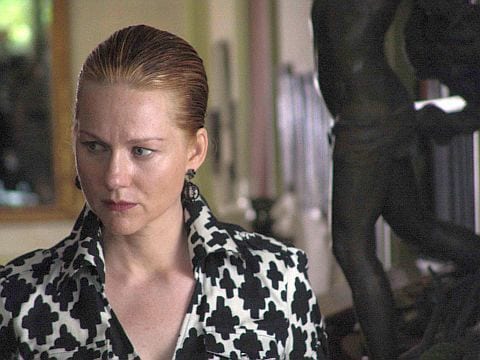 Linney (pictured above) is the standout here, though, sinister, haughty, yet also — when she allows it — revealing a hint of shielded vulnerability. The movie also includes several scenes with the brilliant Argentine actress Norma Aleandro as a local grand dame, outspoken and sexy. (It’s the sort of role Anna Magnani might have played in her prime.) Aleandro isn’t vital to the movie, but her presence is a reminder that if you have never seen her astonishing work in “The Official Story,” from 1985, you owe yourself a big, big favor. See it.

And see “The City of Your Final Destination” too, if you’re willing to put up with its flaws. The biggest is the casting of Metwally, a handsome young man with the dramatic authority of a sponge. The movie gambles its final act on an emotional climax that, due to Metwally’s weakness, never pays off. And the final scene, which doesn’t feature the actor, also seems curiously flat and badly judged. That’s a shame, because much of “City” has a richness that, however old-hat, is getting as hard to find in theaters as a secret manuscript by Jules Gund.