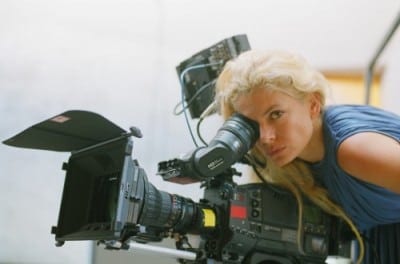 First-time filmmaker Angela Ismailos likes the way she looks. That’s the clearest message that comes through in her documentary, “Great Directors.” The movie offers a decent handful of clips and quotes for film lovers. But in cramming interviews with 10 noted directors into a scant 86 minutes, Ismailos wastes precious time by including moody shots of herself, swanning solemnly through Paris, Rome and London. 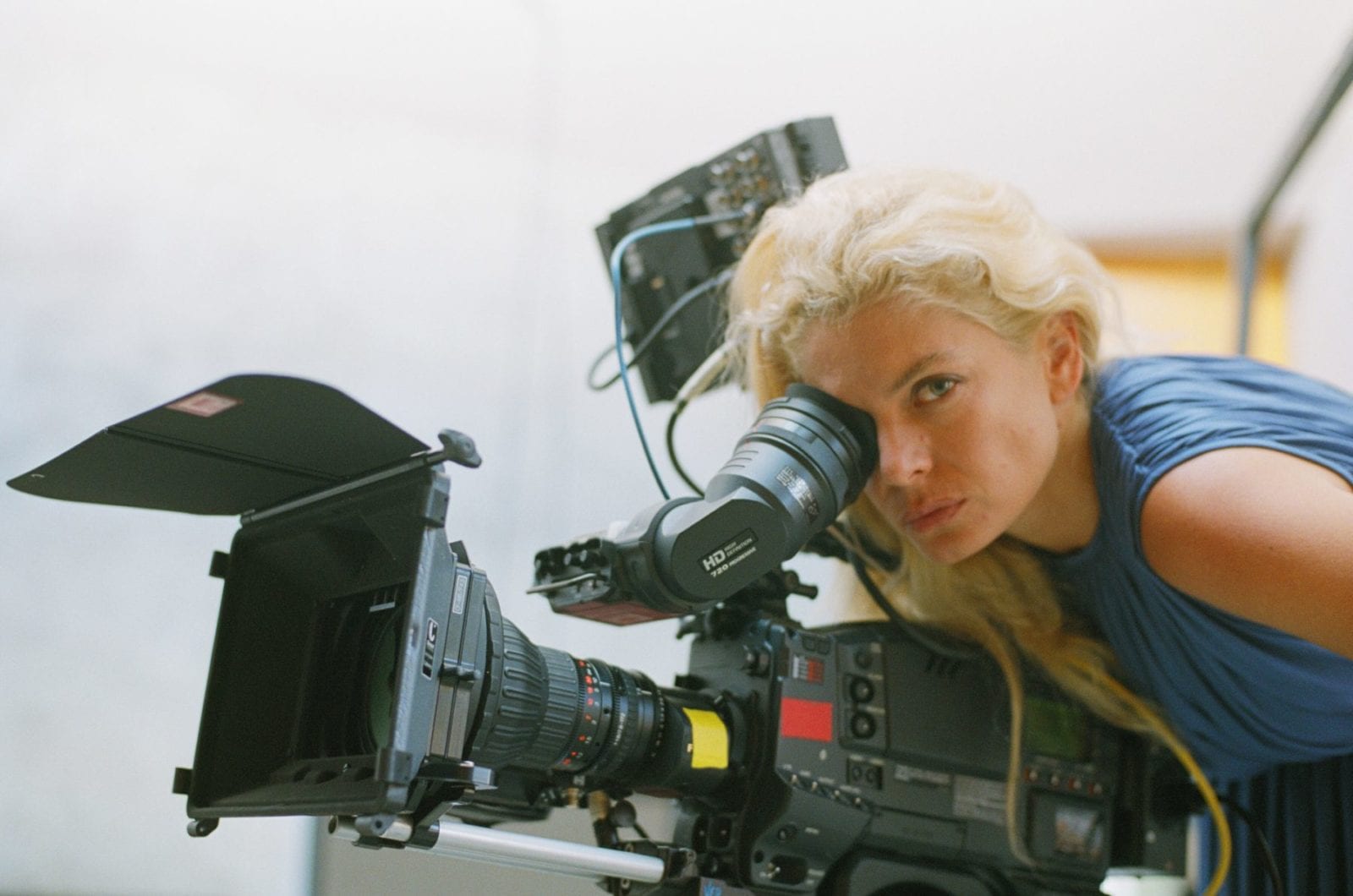 Oh, yes, she is striking and well-dressed, in the way of women born into the moneyed world of Greek shipping, which is her background. Her film, if not exactly bursting with insight, is harmless enough. But what she uses as criteria to decide who “great directors” are remains a mystery. (Maybe the ones who decided to sit down with her and chat?)

The lineup comprises Bernardo Bertolucci, Catherine Breillat, Liliana Cavani, Stephen Frears, Todd Haynes, Richard Linklater, Ken Loach, David Lynch, John Sayles and Agnès Varda. (That’s Varda standing in the center of the photo below.) In other words, a few inspired-to-transcendent filmmakers, but just as many who could at best be called skilled craftsmen. Then there’s Breillat, who at one point compares her work to Vincent van Gogh’s. Only van Gogh did not paint his canvases with brushstrokes of menstrual blood and gyno-hysterical self-importance. 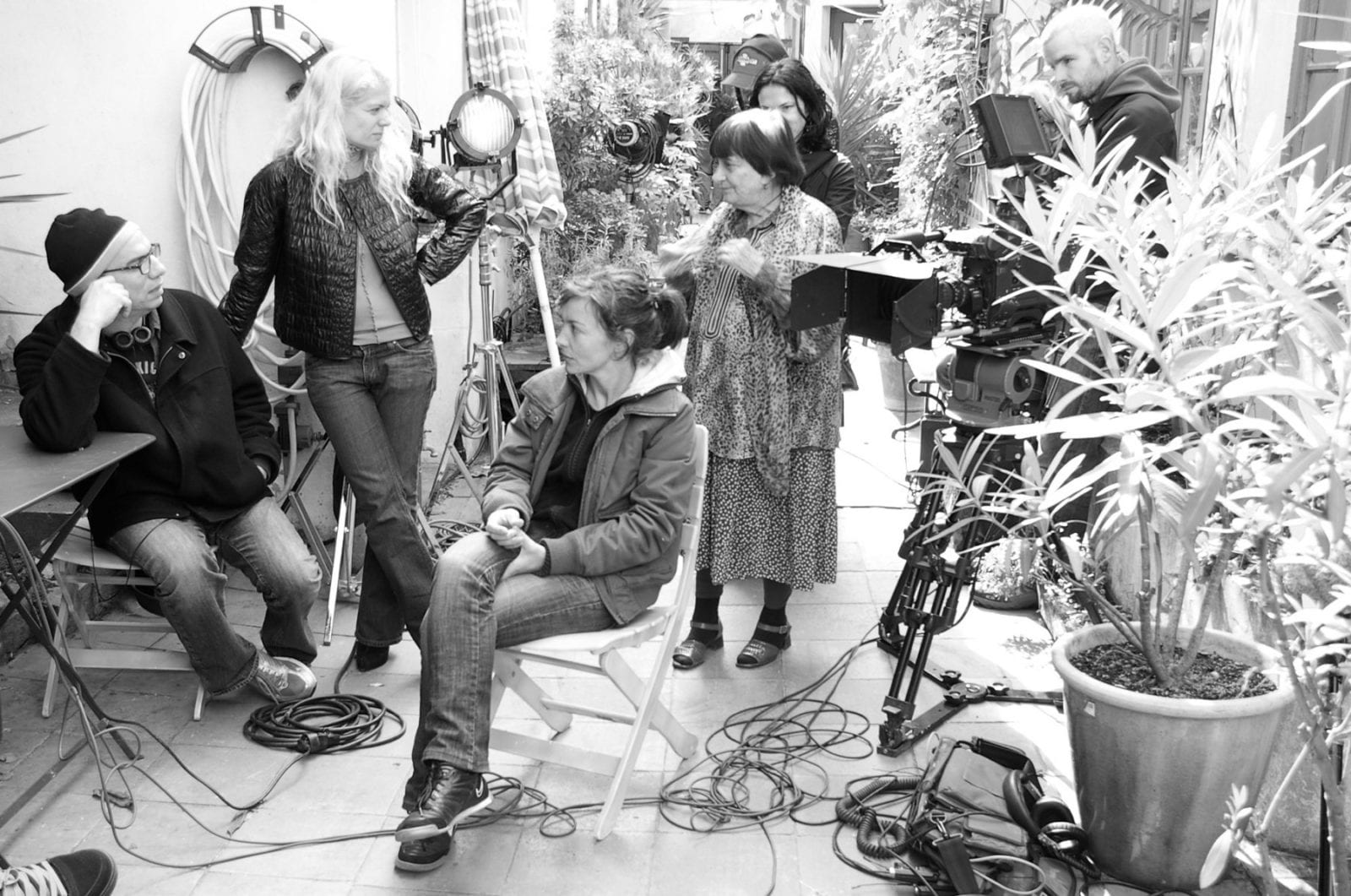 Reportedly, Ismailos clocked some 250 hours of interview time with the directors. If so, she might have been wiser to pitch her project to a cable channel as a more in-depth series that gave her subjects sufficient time to speak about their films, their inspirations, their peeves. As it stands, “Great Directors” is a very unfocused piece of work that offers unequal time to its artists. There are no unifying themes. Weird tangents happen. Haynes, for instance, instigates a long riff, with plenty of clips, about the brilliance of Germany’s enfant terrible Rainer Werner Fassbinder. Fine. But Fassbinder is dead. The focus is supposed to be on living directors. (Speaking of which, Martin Scorsese and Francis Ford Coppola are also mentioned in the film, which makes their absence even more notably awkward.) 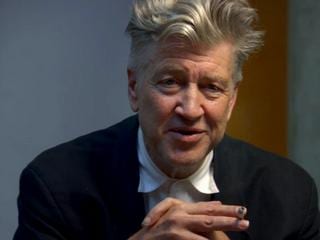 “Great Directors” has a few nice bits. Like David Lynch (at left) recalling how he had to get the job of directing “The Elephant Man” by first letting one of its producers, comedian Mel Brooks, screen Lynch’s midnight cult flick “Eraserhead.” Lynch was sure he’d lost the gig. But Brooks burst out of the screening room exclaiming, “You’re a madman! I love you!”

But too much of “Great Directors” is the equivalent of a stone skipping briskly across the surface of a pond and making few ripples. While she was being shot glamorously strolling by her cinematographer, it’s a shame Ismailos didn’t just turn to the camera and say, “OK, look. These are the directors I managed to talk to. Here are some of the things they said. I had a really good time. Maybe you will, too. Even if you don’t, my hair looks beautiful, doesn’t it?”