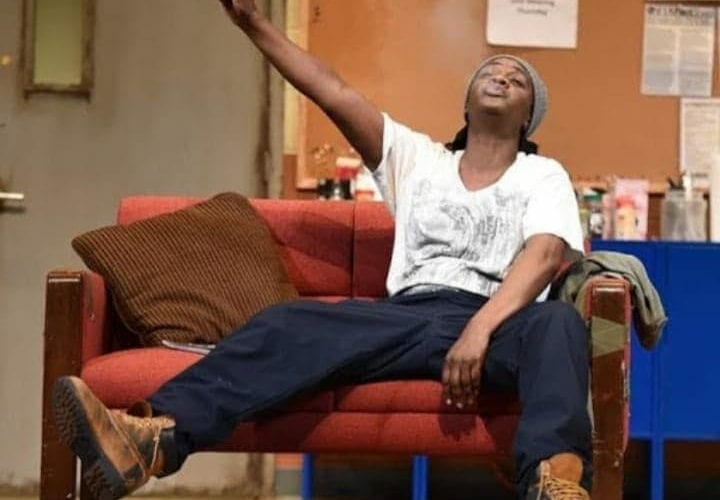 Tonia M. Jackson an an autoworker in "Skeleton Crew" at True Colors Theatre Company in 2019. (Photo by Greg Mooney)

Getting into theater didn’t just scratch an artistic itch for Atlanta actor Tonia M. Jackson. She says it saved her life and steered her in a positive direction when — as a teenager — she could easily have gone wrong.

Jackson, now one of the city’s busier performers, was working at Trinity Rep in Providence, Rhode Island, when she learned she was among six artists receiving a $25,000 Fox Foundation Resident Actor Fellowship that will allow her to deepen her relationship with True Colors Theatre Company. 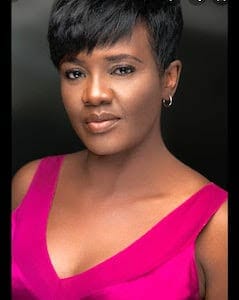 “I get to do stuff just for me as an artist, to help my craft,” she says. “I am doing vocal dialect and movement for the aging actor. I am also going to study some Shakespeare and shadow [renowned theater artist] Rhodessa Jones. I want to do these things to make me a better artist and to make me more marketable.”

She’ll also be serving her community of choice — disenfranchised brown and black young people. “I want to bridge that gap between theater and areas in the community that don’t have access. I want to bring them in.” She plans to do workshops, classes, community conversations and storytelling, hoping to create a safe space to talk about the various aspects of performing.

Tonia “has such love for what she does,” says True Colors artistic director Jamil Jude. “She embodies characters and she lives there. She fits with what we want to do at True Colors, to be a home of local talent and a theater that shows the best of Atlanta talent but also works on plays nationally and regionally. Tonia has that pedigree. She works across the nation. Finally, she loves students.”

Jackson grew up in Minnesota — in the Selby Dale area of St. Paul, specifically — and recalls wanting to act since she was little. “I can’t remember not wanting to perform,” she says. She’d watch TV shows like Zoom and The Electric Company and long to be part of them. She’d also convert nursery rhymes into sketches to do in her neighborhood.

She also dealt with abuse and low self-esteem.“I could not figure out what I wanted to do,” she says. “There were two ways I could go. I knew I was creative and talented and smart, but I was in the inner city, where I would do some things I was not supposed to do. It was the theater, realizing I was an artist walking into the black box at St. Paul Central High School, that showed me who I was. I could put everything in a creative package and make a life for myself.”

She started writing, which changed her life. In high school she joined a theater company that told teenage stories and toured the greater Twin Cities area and Wisconsin.

She attended Chicago’s Goodman School of Drama (now the Theatre School at DePaul University) and began performing. She auditioned for The Grapes of Wrath at Steppenwolf Theatre Company — her first professional audition ever — and was cast, soon becoming a regular in Chicago’s theater scene. 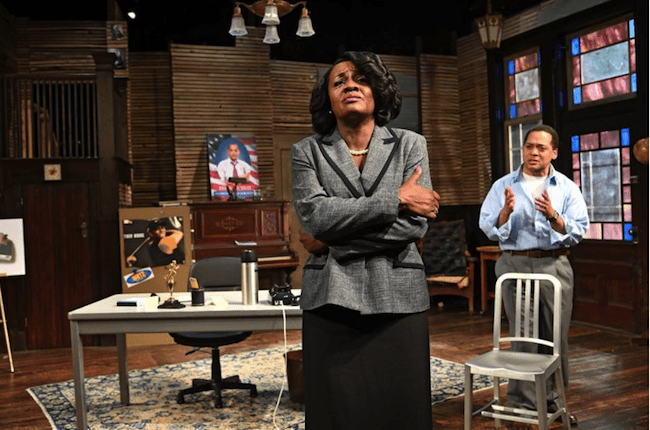 On a trip home to the Twin Cities, she was told by director Marion McClinton (who’d later become known as August Wilson’s go-to director) about a drama he was staging at Penumbra Theatre. Jackson auditioned for Unfinished Women Cry in No Man’s Land While a Bird Dies in a Gilded Cage, the tale of teenage girls at a home for unwed mothers and the last days of saxophonist Charlie “Bird” Parker. She was cast. After a few more roles at Penumbra, she returned to St. Paul. Later, in 2007, she moved to Atlanta.

“I wanted to move where I could find community and create a space for myself,” she says. “I needed a complete change, and I didn’t want to do New York or L.A. I also wanted to be in a place where I could do theater, film and television and that had enough creativity that I would be able to survive. Atlanta has been that place.”

She did a few readings at Horizon Theatre and was then cast in the Alliance Theatre’s 2008 double bill of August Wilson’s Radio Golf and Gem of the Ocean. She’s also worked at Theatrical Outfit and True Colors as well as major regional theaters in Alabama, Florida, Baltimore, New York City and San Francisco. She’s been seen in such TV shows as Greenleaf (Oprah Winfrey Network), Black Lightning (the CW) and Outer Banks (Netflix), and in the 1999 Lifetime movie A Chance of Snow. Jackson is also an acting coach and teaches at the Utopian Academy for the Arts, a charter school in Ellenwood. Theater remains her foundation.

THE ROLE THAT CHANGED HER LIFE

She connected deeply with the character of Faye, a longtime Detroit autoworker and union rep in Dominique Morisseau’s Skeleton Crew, staged in February 2019 at True Colors. Without that show, she doesn’t know whether she’d have gotten the Fox fellowship. 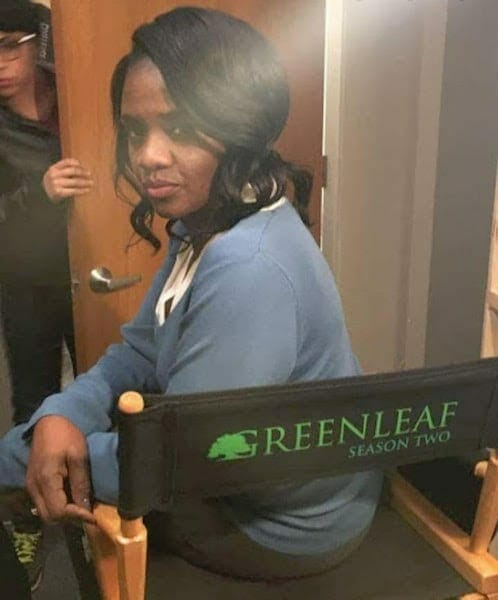 On the set of “Greenleaf.”

“It changed my life,” Jackson says. “Every night I was in the moment so much it was scary. There was something about the heart of [Faye], like my heart. I didn’t have to push to be in the emotion of who she was. All of those layers of situation after situation after situation happening in her life and still getting up and being present as much as possible — that spoke to me. The character was beautifully tragic, and there was so much meat to it.”

Her True Colors work feels particularly special. “I understand the company aspect, the family aspect of creating together as an ensemble,” she says, referencing her 20-plus years as a Penumbra company member. “I feel like I have found that in a way at True Colors. They are trying to reach the community and do social-change work.”

Jackson and True Colors’ Jude share several mentors, so she finds it easy and fun and wonderful to create there. “I have a special relationship with every theater I work with,” she says, “but with True Colors, it’s about the chemistry.”