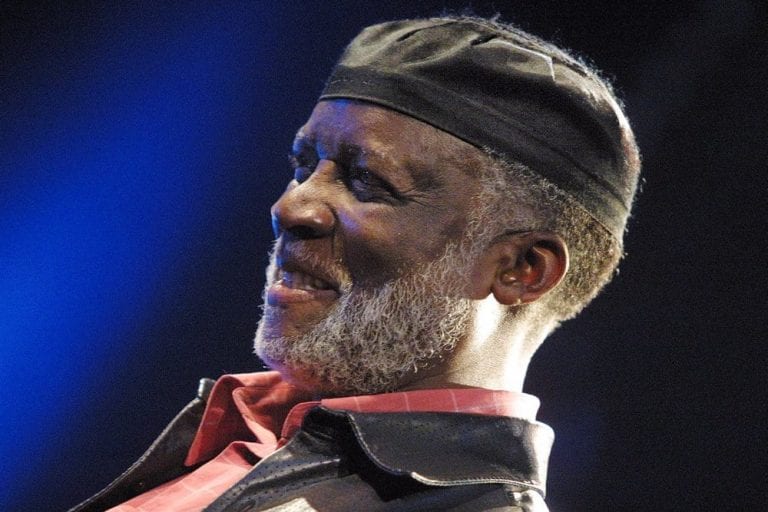 Legendary pianist Ahmad Jamal — who, at 83, still maintains a demanding touring schedule — will headline the 2014 Atlanta Jazz Festival, performing on the closing night of the three-day event, which will take place May 23–25 in Piedmont Park.

Jamal is set for Sunday’s final concert, according to a representative from his booking company, the Maurice Montoya Music Agency. The concert appears on the itinerary page of his website for May 25; the Atlanta Office of Cultural Affairs, which puts on the yearly event, confirmed his participation Tuesday afternoon.

While the Cultural Affairs office wouldn’t initially confirm Jamal’s involvement, the agency has confirmed for ArtsATL a large majority of the performers.

Also appearing on the main stage during the event are Israeli singer Ester Rada and the Airmen of Note, an 18-piece big band populated by members of the United States Air Force Band.

In addition to the main stage performers, jazz harpist Edmar Castaneda and his trio will play a set on the international stage, one of two smaller stages that will feature music on May 24 and 25. Somi, Ali Amr, the Diego Figueiredo Trio, piano wunderkind Eldar Djangirov and Cyrille Aimée will also grace the international stage.

Singer Kemba Cofield, saxophonist Brian Hogans and Willie Ziavino, who fronts a Latin jazz ensemble, will each perform on the local stage. The J. C. Young Middle School Jazz Ensemble and the Rialto Jazz for Kids band will open each day of concerts on the local stage.

Officials are planning to announce the 20 initial festival groups Thursday on the Atlanta Jazz Festival website. The final five performers — four headliners and one local artist — will be confirmed April 3 at a media event. Artists for the remaining headlining slots on the main stage have been booked, but officials said they are waiting on final confirmation for all the acts.

The winners of the jazz festival’s youth jazz band competition will start the festival each day on the main stage. These high school ensembles will be selected during a day-long competition at the Kopleff Recital Hall at Georgia State University on March 22. The event will feature up to 15 high school ensembles from across the state jockeying for the three performance slots. The Rialto Youth Jazz Orchestra is scheduled to play on the main stage May 24.

Cofield, who played the jazz festival in 2008 as a winner of the Future of Jazz competition, said she’s planning on “a blend of original, straight-ahead blues, funk and soul” for her set on the local stage. The singer had been sending in applications to festival officials for years, aiming for a repeat performance; she received the go-ahead that she’d been added to the lineup last month. The news is still so new that she’s still working to line up her band for the engagement.

Cofield said she’s humbled by the honor of being chosen as a featured artist, and she’s also pleased to be performing at a festival that celebrates jazz in all its forms.

“Its unfortunate that in America, it seems as though we are leaving the rich heritage we call jazz for any music that will bring a crowd,” she said. “As I have seen it, AJF always has a myriad of jazz vibes to reach the masses.”

Guitarist Randy Napoleon, who has been a member of Freddy Cole’s band for nearly seven years, first played the festival with Cole in 2009 when it was held in Grant Park. He noted the community aspect of the festival, and the attendance of Atlantans from all different backgrounds, gave the festival an atmosphere of “a town fair but with jazz music.”

Of course, Piedmont Park is a much larger venue than Grant Park, but the guitarist has played a wide variety of performance spaces with Cole and promised that the singer always finds a way to make each concert, no matter the size, feel intimate. Even with the vast experience he has gained during his tenure with the band, Napoleon is the group’s junior member. Elias Bailey has played bass in the band for nine years, and Napoleon said Curtis Boyd has been Cole’s drummer, off and on, for half a century. This familiarity among the musicians means Cole can cull from his extensive backlog of tunes for each performance, and his band will be with him for every beat.

“Freddy is kind of a human iPod shuffle,” he said. “You never know what song is going to come up, and he knows thousands of songs.”

Napoleon explained that Cole won’t indiscriminately pick from that vast array of tunes; he’ll read the audience and pick the best tunes to fit the current mood.

“I’ve had many people tell me that it felt like Freddy was singing just to them, and in fact, sometimes it may be true,” Napoleon said. “I think sometimes he looks around in the audience and he looks at someone and says, ‘What does this person want to hear?’ And he’ll go for that song.”

The guitarist said he enjoys playing festivals also because of the chance to hear other great musicians on the same stage. Cole’s group is slated to take the stage Sunday at 5 p.m. before sets by Frisell and Jamal, and the guitarist said this early evening slot is perfect for the group.

“I love it. It feels like a party and it’s cheerful. It doesn’t always have to be a smoky nightclub,” he said of the early evening atmosphere, noting that Cole will keep the music upbeat and engaging. “This is the kind of music that I would want to turn on and cook some ribs on the grill. It’s happy music. “