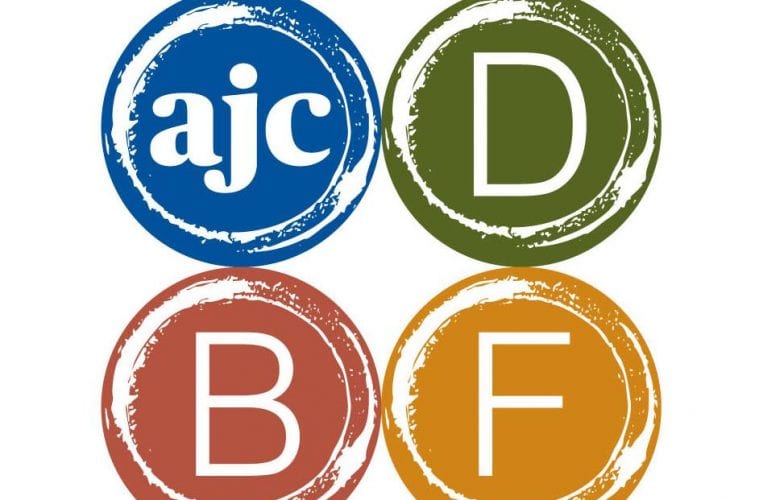 Georgia’s flourishing literary scene encompasses authors of all genres. Claire Cook, Karen White and Kimberly Brock, among the many local artists participating in the Decatur Book Festival, exemplify that diversity. Their recent novels, however, share a general theme: they explore regrets and recovery with a little (OK, a lot) of help from good friends and bodies of water.

ArtsATL interviewed the authors by email. Claire Cook’s heartwarming, fast-paced story explores the healing power of friendships and the second chances we owe to ourselves through the experiences of her protagonist, Melanie, recently divorced from her high school crush, who agrees to attend her reunion in order to remember who she was back then.

ArtsATL: What do you think is the real purpose behind a high school reunion?

Claire Cook: As a novelist, the real purpose is that it creates one of those lightning-rod situations that help get a book up and running! People are either dying to go to their next reunion or wild horses couldn’t drag them, so that was a fun jumping-off point. The high school reunion in Time Flies also allowed me to stroll down memory lane and reconnect with all that great old music, not to mention the bad high school hair and makeup.

I’d also had the thought swirling around in the back of my mind for a long time that someday I’d write kind of an update of the movie “Romy and Michele’s High School Reunion,” but for boomers, when you have more baggage and obligations, and you can’t just slide on a miniskirt and jump into your convertible.

ArtsATL: Melanie is a sculptor, and you incorporate the concept of welding as a tough but beautiful art throughout the novel. Do you weld?

Cook: I choose professions for my heroines that I think my readers will find interesting, and with each of my 10 novels, I’ve heard from readers thanking me for giving them ideas for their own lives. My knowledge of metal sculpting comes from lots of research and peppering artists with questions, because I think those authentic details are crucial for believability. As for my own personal experience with welding, I have tried it under close supervision, and I found it really, really hot, loud and scary. I am a metal-sculpting wimp.

ArtsATL: Both your Melanie and her best friend, B.J, admit to debilitating phobias, one a fear of driving and the other of needles. In the novel, you say that 40 percent of women suffer from phobias. Can you talk a little about this?

Cook: I stumbled across the fact that 40 percent of women experience a full-blown phobia at some point in their lives, often brought on by stress, and I was really struck by that and wanted to learn more. So I reached out to my followers on Facebook and Twitter and asked, “What are you really, really afraid of?”

Hundreds and hundreds of women posted with everything from the basement, spiders, clowns, needles and snakes to bridges and highways. I absolutely hate driving on big, busy highways, and would drive only on back roads in some cities (Atlanta!!) if I could get away with it. I know lots of other women who feel the same way, so I thought it would be relatable and might also reassure anyone dealing with an issue like this that they’re not alone.

Cook will speak at 4:15 p.m. Saturday in Marriott Conference Center Ballroom A. The Time Between by Karen White (NAL Penguin, 336 pages)

Would you divulge devastating information to a loved one or would you keep it secret? Set on a hauntingly rendered Edisto Island, Karen White’s beautifully nuanced novel explores the fragile bond between siblings and the meaning of mercy and love.

ArtsATL: You have two sets of main characters in the novel, the American-born sisters with self-inflicted losses and the Hungarian-born sisters who survive the Holocaust. What were the challenges in writing about, and linking, these two types of tragedies?

Karen White: I believe the causes of the tragedies, despite their depth and scope, are simply back story. The real story is about the aftermath of two horrific events and how the characters deal with the tragedies. [The focus was] showing how each character chooses to live her life afterward: two are self-sacrificing, one takes advantage of her sister’s guilt and one is desperate to simply move forward.

Not one of them is right or wrong; their actions are simply a reaction to a moment in their lives. It takes courage and self-forgiveness for the two main characters, American Eleanor and Hungarian Helena, to move beyond survival, and that’s what makes them the true heroes of this book.

ArtsATL: In the novel, the two sets of sisters keep so many things from each other. In your exploration of the desire to be honest versus the need to protect from the truth, are you any surer of which is more important?

White: Truth is not always black and white. In the book the Hungarian elderly sisters, Helena and Bernadett, withhold information from the other to protect them from losing hope. To them hope was the one thing that sustained them, and to lose that was to lose all. I’m sure there was guilt involved, but I can’t say it was wrong to want to spare a loved one the devastation of learning the truth.

ArtsATL: Music, with the power to heal, forgive and bind characters across generations and lifetimes, is very much a character in your novel. And in the background there’s always the ocean, with its particular rhythm and flow. What do you think makes music, natural or man-made, so powerful?

White: I’m a musician. I’ve played the piano and sung almost my entire life. As a child I always heard music in my head, and it stopped only when I realized that nobody else had a personal symphony playing at all times. Music is still important to me, and I’ve passed that love on to my children. There is music everywhere, and not just on your radio or iPod.

Nature has its own soundtrack, too — on a summer night, in the marsh, at the beach. It affects moods and emotions. It’s why we sing lullabies to our babies to calm them and play a march when the president enters a room. I believe this visceral reaction to music is inborn. Some of us are lucky to have discovered their love of music and have been encouraged to express it.

White will speak at 11:15 a.m. Saturday in Marriott Conference Center Ballroom A. Recipient of the Georgia Author of the Year Award for 2013, Kimberly Brock has penned a symbolically rich and gorgeously written debut novel that digs deep into the hearts of broken people and shattered dreams to find a path toward hope and home.

ArtsATL: Your mystical prose has made Manny’s Island a mesmerizing place where time almost stops. Is it based on a real place? Why an island? Do you think there is something inherently magical about islands given that they are isolated by water and yet connected by it, too?

Kimberly Brock: When I set out to write my main character Roslyn Byrne’s story, I knew her beginnings were in an isolated cove of Appalachia. I was interested in the choices people make when they are running from their circumstances, specifically the desire for isolation when we need community the most. Roslyn believed she was running away to an entirely different reality by going from the mountains to a sea island. I enjoyed drawing all the connections that surprised Roslyn and the people she meets: how our cultures, our search for the divine within the natural world, connect us.

Roslyn believes she is alone in her experience, and the island represented that feeling. But it also revealed that she was very wrong about herself in so many ways. She was never alone and is quickly surrounded by others in the midst of their own struggles. Manny’s Island is absolutely timeless, reflected in the human stories that play out generation after generation, in the alligators that have survived there for centuries.

The feeling of the island is based loosely on my childhood experiences on St. Simons Island and time spent with a friend on an island in South Florida. An island slowly reinvents itself over time, by increments. It is a place apart. It represents continuity but also transformation. Manny’s Island is a product of my imagination and a metaphor for the soul.

ArtsATL: Superstition plays a big role in your novel, and I was very fascinated by your idea that ghosts are simply regrets that haunt. Why are some people able to overcome their ghosts and others not, and who ultimately is the river witch? And I must ask what would Roslyn say she and alligators have in common?

Brock: Superstition is another one of the commonalities in all cultures that interested me: the ways people address what frightens or threatens them, how they address death and grief, and especially our capacity for great faith. Roslyn’s character is drawing on her memories of her grandmother’s religion and strength to try and incorporate them into her own life. The people of Manny’s Island all have their own ideas about nature, divinity, family, faith and death. But all of the characters are defined by their regrets and their ability to forgive, or not.

We are haunted by the things we can not go back and change and our inability to forgive ourselves or others. That’s a choice. For the characters in The River Witch, those who make the choice to forgive, who can accept the good with the bad as an inevitable part of life, are the survivors. I think that’s what Roslyn has in common with the alligators who have survived the good with the bad for centuries. In The River Witch, love doesn’t conquer all. Love endures.

ArtsATL: Can you tell us a little more about the Appalachian tradition of Sacred Harp music Did you always mean for it to be such a driving force in the novel?

Brock: One of the most poignant and quietly influential musical traditions in America is the Sacred Harp. Always performed a cappella, Sacred Harp is part of the larger tradition of shape note music and a form of sacred choral music with roots in the “country parish music” of early-18th-century England. The singers arrange themselves in a hollow square. There is no single leader or conductor; rather, the participants take turns in leading, standing in the middle of the square. It is unapologetic, untrained, unconstrained and powerful in its pure expression of the human voice.

Singings followed by dinner on the grounds still take place in many communities all across the United States, and in other places in the world. The strength of that gentle community and the tenacity of the tradition appealed to me.

Roslyn began to reveal herself to me by reflecting on the music of her childhood as part of a congregation that sang from the Sacred Harp songbook. I liked the resiliency of this art form and how it portrayed the very characteristics Roslyn was longing for in her life. In the prologue, she is haunted by the loss of her Southern Appalachian heritage as part of her identity.

As the novel progresses the music becomes a guiding voice, the wisdom of her grandmother. The music haunts her, as her regret of abandoning not only her grandmother but also essential parts of her heritage. When she embraces the music of her childhood, Roslyn’s true transformation begins. So, yes, it was always meant to be a driving force, a very visceral and evocative way of rediscovering identity — and the sacred.

Brock will speak at 4 p.m. Friday at Agnes Scott College.