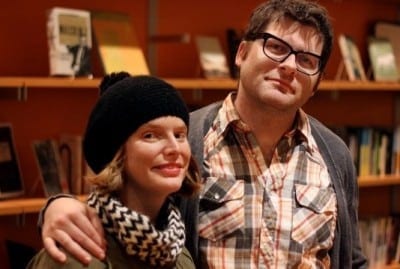 “Wildwood: The Wildwood Chronicles, Book I”

A beautifully written fantasy novel for children, “Wildwood” is a collaboration between a variously gifted husband-and-wife team. Colin Meloy’s day job is lead singer and songwriter of the indie folk-rock band the Decemberists; his wife, Carson Ellis, is the illustrator of the wildly popular children’s book “The Mysterious Benedict Society” and many acclaimed picture books.

“We’re getting closer to having one mind together, which is weird, but also kind of sweet,” Meloy observes in an online video preview of “Wildwood.” 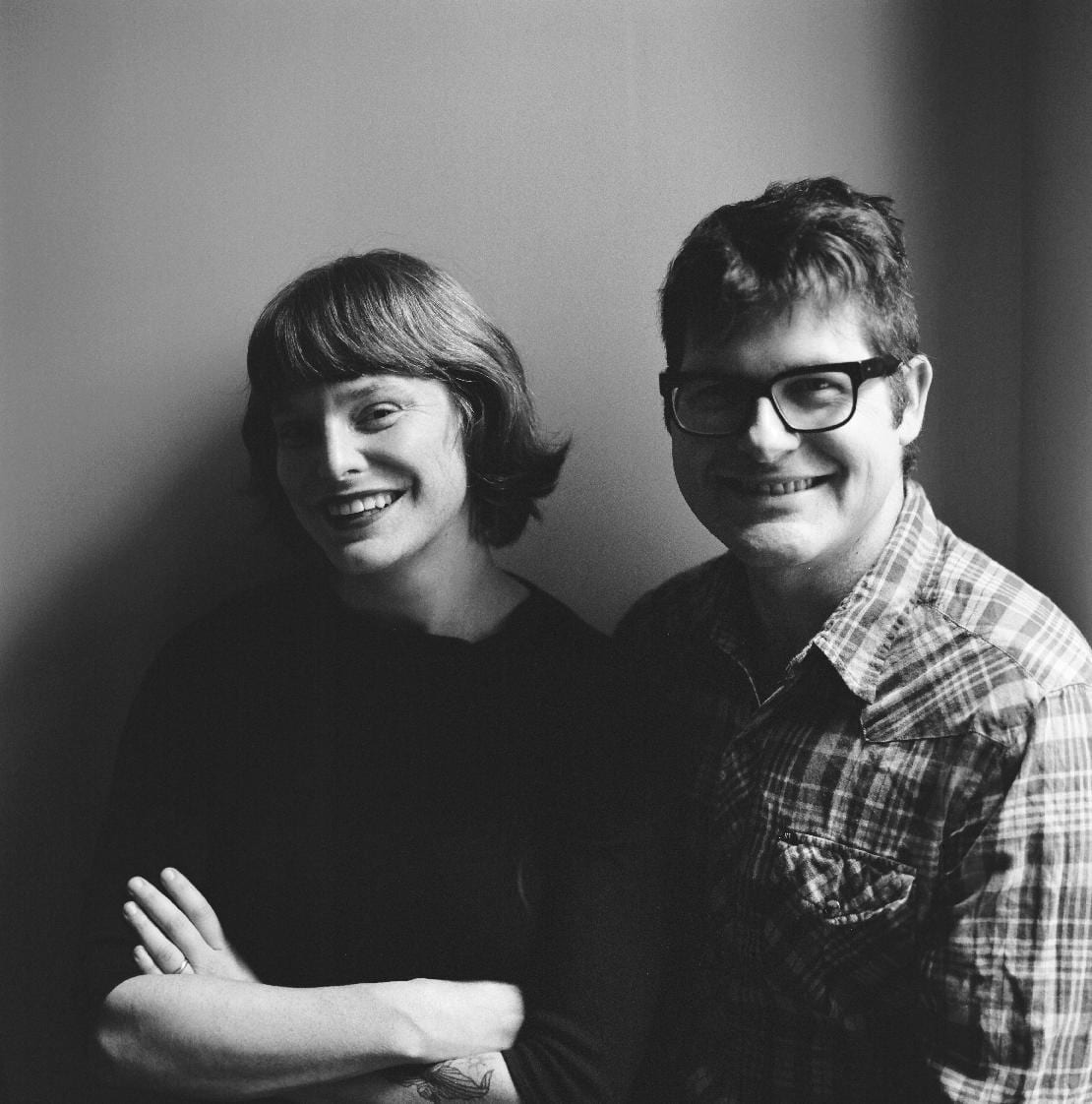 The video shows the couple hanging out on a couch at home with their cat. Ellis is possessed of a dreamily retro visage that brings to mind the poet Sylvia Plath. A soft aura of otherworldliness seems to envelop the couple, as if their romantic imaginations could settle like a cloud around them. They’re also shown walking through a great forest near their home in Portland, Oregon, which they say inspired “Wildwood,” because it feels like a country of its own.

In the book, Prue McKeel, a smart, articulate, feisty 12-year old, ventures into a deep wood. Her baby brother has been carried off by a gaggle of crows and she goes to rescue him, joined in her mission by a classmate, Curtis. Within the depths of the Impassable Wilderness, they stumble into a fantastical world of animals and men.

Later, when the two become separated, their fate depends on the allies they can find and the qualities they can summon in themselves. What’s intriguing are Meloy’s subversions of expected outcomes and the philosophical subtleties — yes, philosophy is sneaked into the adventure like pureed cauliflower into a child’s meatloaf — in the climactic battle between good and evil.

While the best-selling “Harry Potter” books are dense with the practices, pedagogy and pomp of wizardry, constructing a complete alternative culture, “Wildwood” is an extended fairy tale. It entertains with a lighter touch. The writing is sophisticated, lyrical and humorous, and so good that an adult can easily slip into it.

And some of the wry comic touches will sail over the heads of children. Prue, a child of liberal, eco-minded Portland, early on declares herself a vegetarian. Curtis runs into her while taking out “the recycling.” In the forest, he has fun goofing around with a sword when coyote soldiers induct him into their army, but then he pronounces himself a pacifist.

I turned the book over to an expert: my 11-year-old son, who has probably read every children’s book series known to man, from Lemony Snicket’s “A Series of Unfortunate Events” to “The Secrets of the Immortal Nicholas Flamel.” His verdict: “Wildwood” is a “pretty good” read. It kept his interest. I guess if he were grading it for a summer reading list, he’d give it a B+ .

He did find the opening premise — the baby’s kidnapping by crows — “random.” By which, I think, he meant lacking in narrative logic. I have to agree. The abduction is tied to a family secret, invested with a significance revealed too late in the game. The terrible secret demands some portent, some sleight-of-hand foreshadowing, to weight the story emotionally from the start, so the reader doesn’t scrunch his face in confusion and think, “Why crows?” That awkward opening seems less menace than non sequitur.

To Meloy’s credit, he doesn’t write down to children. On the contrary, he expects a considerable maturity of them. Michael Chabon and Jonathan Safran Foer, acclaimed literary novelists, give “Wildwood” blurbs of high praise. If the target audience of nine-to-12-year-olds doesn’t quite know the meaning of words like “sojourn,” “promontory,” “aboriginal” and “figurative,” Meloy appears to have faith they can figure them out from the context — like Prue, who decides to use the word “ergo” after she reads it, though she’s not sure she’s using it correctly. If my son stumbled over the vocabulary in “Wildwood,” it wasn’t often enough for him to complain about. When I asked whether he knew what “pacifist” means, he said no. Pressed, he said he thought it was a religion. But he could explain to me perfectly what Curtis meant when he told the coyote soldiers he was one. 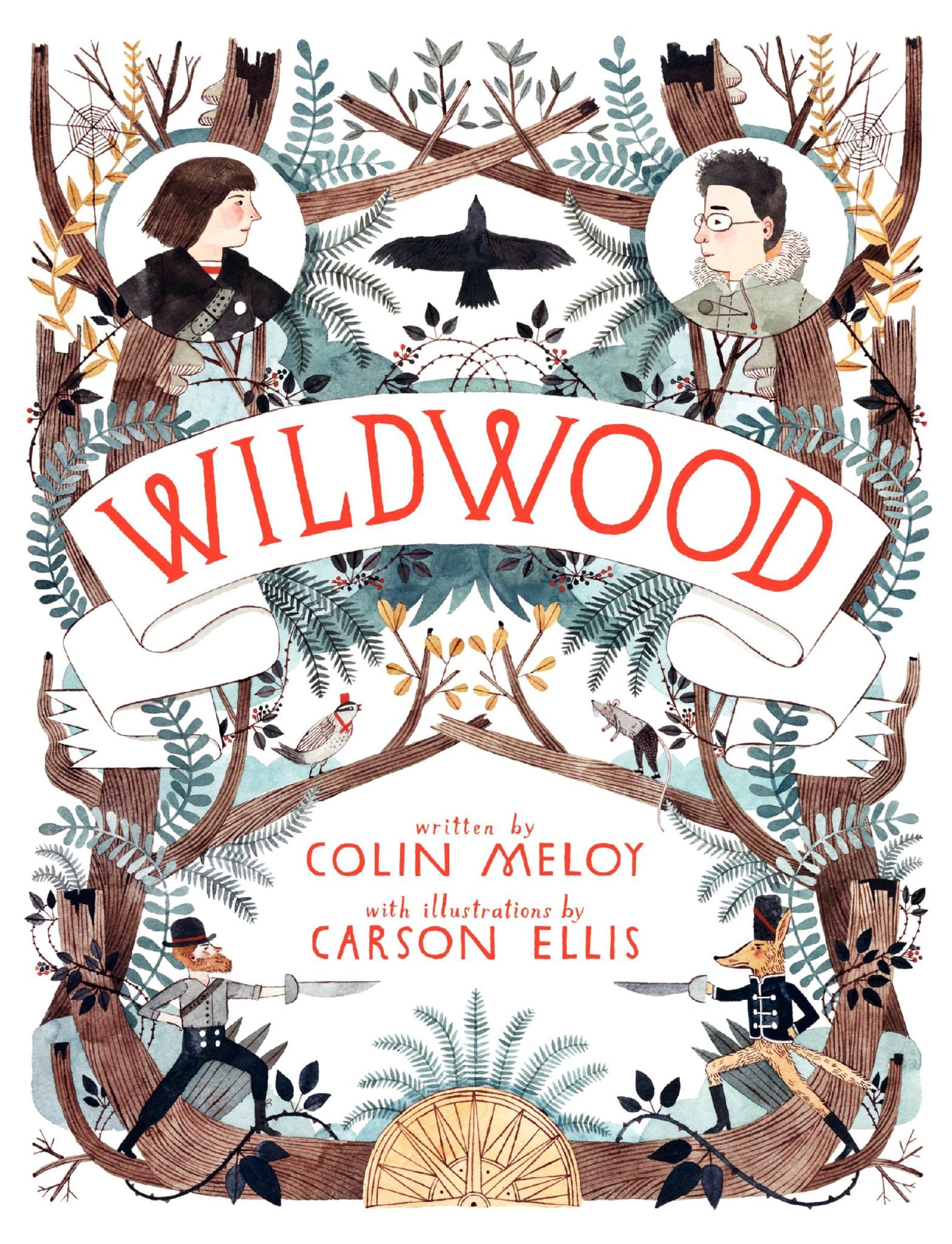 Ellis’ somber, folkloric illustrations carry the quiet mood of a northern wilderness. Some have an almost melancholic Germanic feeling. Meloy has said that he identifies closely with Curtis, in whom he sees his boyhood self. His wife makes the connection visual, giving to Curtis Meloy’s big glasses and shock of black hair.

Meloy, presumably the grown-up pacifist, offers an interesting idea about the limits of morality from the mouth of a Mystic whom Prue appeals to for help in finding her brother. It’s an idea you don’t find in many children’s books, where concepts of good and evil are categorical and nothing ultimately can beat goodness.

The Mystic expresses a different view, laced with some resignation: “My dear Prue, we are the inheritors of a wonderful world, a beautiful world.… But likewise are we the children of an indifferent universe. We break our own hearts imposing our moral order to what is, by nature, a wide web of chaos. It is a hopeless task.”

Those last two lines it sometimes takes all of childhood and adulthood to understand.