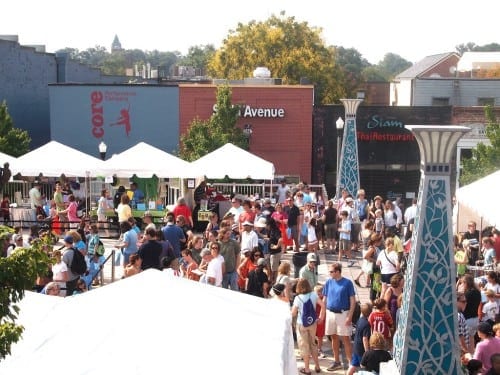 Decatur Book Festival: Civil rights on a historic anniversary, and our top picks and best bets 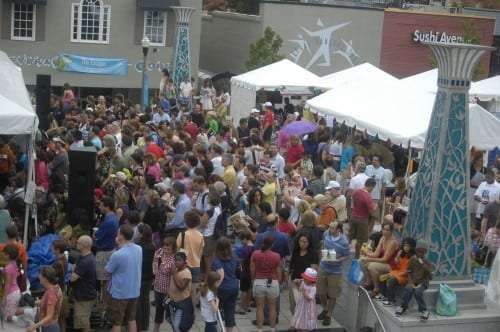 On August 28, 1963, a quarter-million people converged on Washington to demand an end to racial discrimination and strong civil rights legislation from President John F. Kennedy. Commemorating the 50th anniversary of the March on Washington, the Decatur Book Festival, coming up over Labor Day Weekend, will take an in-depth look at the issues of civil rights and social change in America. More than a dozen authors will speak on topics including new discoveries about slavery, the importance of soul food in black culture and the integration of sports from the 1930s to the ’60s.

Martin Luther King Jr., who delivered his historic “I Have a Dream” speech at the March on Washington, will be remembered by Martin Luther King III, his eldest son, at a discussion of his picture-book memoir for young children, My Daddy, Dr. Martin Luther King Jr. U.S. Rep. John Lewis, civil rights icon and the last surviving speaker from the 1963 march, will kick off the book festival with a sold-out keynote address on Friday. (ArtsATL will be live-tweeting during the speech.) 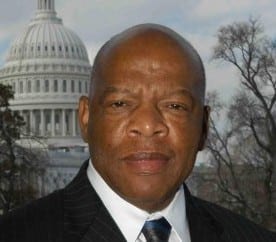 Lewis (at left) is expected to comment on the recent Supreme Court decision invalidating a key provision of the Voting Rights Act of 1965, which he witnessed President Lyndon Johnson sign into law. Lewis will also introduce March, a graphic novel of his early life and civil rights activism for a new generation of readers.

The timing seems uncanny. The turbulent events of this summer — the Supreme Court decisions on gay and voting rights, Congress’ fight over an immigration reform bill, the raging arguments over the acquittal of a white man in the shooting death of an unarmed black teenager — are mirrored in the festival’s lineup of programs. Readings, panel discussions and conversational pairings will explore many things normally avoided in polite company: issues of race, gender, sexual orientation and ethnicity. With these divisive factors of American identity laid on the table, some light may be shed on the historic transformation the country has struggled with for the past half-century, as the civil rights movement has inspired other minorities to mobilize for equality and justice.

“Books mark the progress that we make,” reflected Philip Rafshoon, programming director for the eighth annual festival, as we sat in a threadbare room in the church where the festival is headquartered.

Rafshoon ran Outwrite Bookstore, a center for Atlanta’s gay community, for 18 years. His vision for this year’s festival program is also influenced by his late father Charles Rafshoon’s work in documenting social and political history as the official photographer for Jimmy Carter’s 1976 presidential campaign. 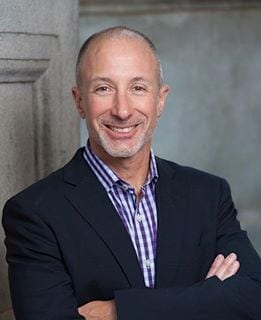 “The festival has always been diverse and it’s always been supportive of multiple communities,” Rafshoon noted. “But I really wanted to make a statement that this festival is for everybody. We need to be as inclusive as we possibly can be.”

Sprawling across Decatur Square and into surrounding streets and venues — churches, hotel ballrooms, a high school and the old courthouse — the festival, as usual, promises a kaleidoscopic mixture of authors and genres. Writers of beach reads, cookbooks, parenting manuals, “chick lit” and mysteries will bump up against literary stars, intellectuals and memoirists. The poetry roster is substantial, and there’s a robust children’s and Young Adult literature program. The number of authors has swelled to more than 500, and the number of venues has grown too, now including the refurbished Decatur Recreation Center, where President Obama spoke about early-childhood education earlier this year.

The biggest new addition this year is an ambitious arts program involving more than 40 dance, theater, music, film and visual arts organizations. The 6,000-square-foot plaza at the heart of the festival will be the locus for tents housing exhibitions, information tables and installations, including several site-specific works. Among them is “Too White to Be Black,” a sculptural installation by Justin Rabideau and Bethany Collins of WonderRoot, which was inspired by a biracial Ohio family.

Pop-up performances, demonstrations and brief concerts will complement more formal previews of fall productions by many of Atlanta’s best theatrical and dance companies. Like all the book-oriented events, these will be free. (To learn more, see our preview story here.)

ArtsATL’s PICKS FOR TOP EVENTS AT THE FESTIVAL 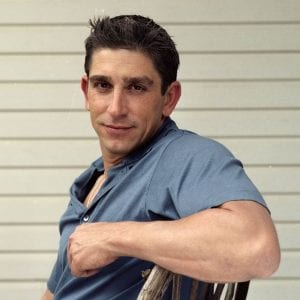 Richard Blanco, President Obama’s inaugural poet this past January, touched many with his poem “One Today.” Like many immigrants, this stellar gay poet of Cuban background must navigate between different cultures. Blanco will read and discuss his poetry and excerpts from his memoir, For All of Us Today: An Inaugural Poet’s Journey. 11:15 a.m. Saturday, August 31, at Decatur Presbyterian Church Sanctuary Stage.

“Slavery: New Investigations and Discoveries.” Historian Henry Wiencek, author of the controversial Master of the Mountain: Thomas Jefferson and His Slaves, and cultural historian Mac Griswold, author of The Manor: Three Centuries at a Slave Plantation on Long Island, discuss new findings about Jefferson’s pursuit of profit through slave ownership at Monticello and Griswold’s discovery of a New York slave plantation that once encompassed all 8,000 acres of Shelter Island. Moderated by journalist Condace Pressley. 11:15 a.m. Saturday, August 31, at First Baptist Church Sanctuary Stage.

Manil Suri presents the final installment of The City of Devi, his acclaimed fictional trilogy about modern India. In a surreal, futuristic Mumbai, threatened with annihilation by India’s longtime nemeses China and Pakistan, a woman, her husband and his lover negotiate their own emotional battles. 12:30 p.m. Saturday, August 31, at Marriott Conference Center, Ballroom B.

“My Literary Brother,” a discussion of science fiction, fantasy and all things game-related by writers and identical twins Lev Grossman and Austin Grossman. Lev Grossman, author of the highly praised best-selling fantasy novels The Magicians and The Magician King, is also a cultural commentator and book reviewer for Time magazine. Austin Grossman, who consults on video game design, is the author of the new novel You, a genre-defying portrait of the world of professional game makers and their virtual lives. Introduced by journalist and poet Edward Austin Hall. 3 p.m. Saturday, August 31, at Decatur Presbyterian Church Sanctuary Stage. 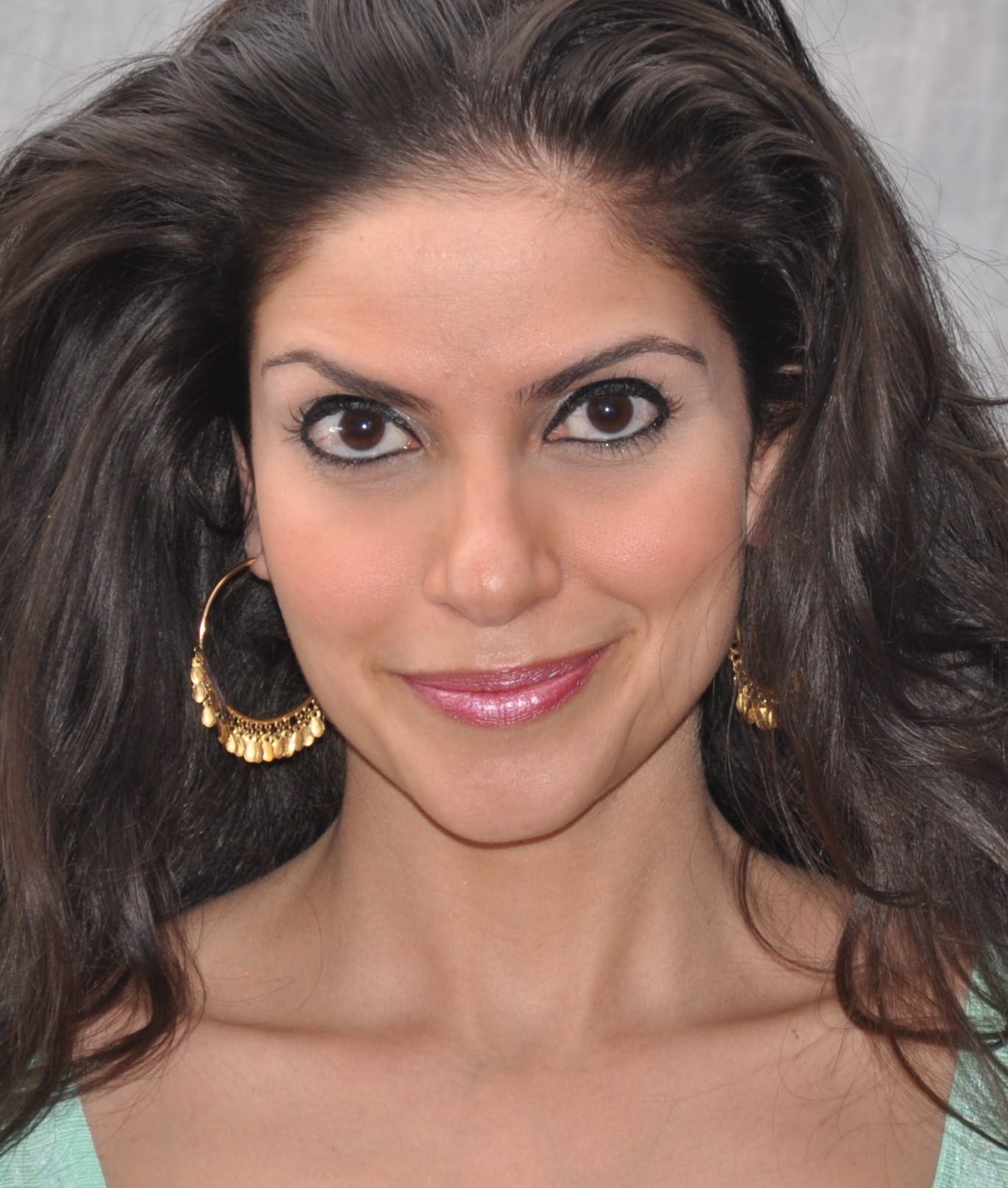 art|DBF After Dark, a party on the main plaza featuring music, art and dance. Enjoy a beer or glass of wine and take in Flux Projects’ “An Inversion (With Sky),” a new light-projection installation by Micah and Whitney Stansell. There will also be performances by Atlanta Ballet’s Wabi Sabi, the Atlanta Opera, Staibdance, 7 Stages and Serenbe Playhouse. Atlanta DJ Agent 45 will spin tunes. 7 p.m. Saturday, August 31, in Decatur Square.

Serenbe Playhouse. If you haven’t caught one of Brian Clowdus’ open-air theatrical performances, this 45-minute preview of his upcoming production, “The Sleepy Hollow Experience,” will give you a taste of his offbeat artistic vision. 1:15 p.m. Sunday, September 1, at Decatur High School Stage.

Alfredo Corchado, Nieman Fellow and Mexico bureau chief for The Dallas Morning News, has received numerous death threats for his reporting on drug violence in Mexico, forcing him out of the country at times. His memoir, Midnight in Mexico: A Reporter’s Journey Through a Country’s Descent into Darkness, recounts the time he received a tip that a drug cartel was targeting a U.S. journalist, whom he suspected was him. Instead of fleeing, Corchado went deep into the Mexican countryside to investigate. 2:30 p.m. Sunday, September 1, at Marriott Conference Center Auditorium.

Carl Phillips, of whom Dan Chiasson of The New Yorker recently wrote, “I have a candidate for the author of the most interesting contemporary English sentences.” In poems shot through with his signature mixture of eroticism, restless energy and moral scrutiny, this classical philologist and professor of African-American studies argues for the courage it takes to look at the self squarely. Phillips, a prolific “poet’s poet,” has published 14 books in the last 20 years. 2:30 p.m. Sunday, September 1, at Old Courthouse Stage.