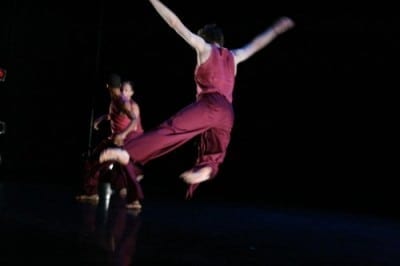 Review: Staibdance with Vega Quartet and William Ransom at Emory

In “Staibdance, Vega String Quartet, and William Ransom: In Concert,” interpreting George Staib’s six new contemporary works is a slippery process. The moment you’ve nailed a concrete meaning to his choreography, you realize that that’s not it at all. Staib plays with your brain, riding a tenuous line between abstract and literal movement. Like intricate puzzles, his dances pull you along, riveted, because the solution seems just beyond your grasp.

Thursday’s premiere at Emory University’s black-box Dance Studio (inside the Schwartz Center for Performing Arts) was Staib’s second collaboration with the Vega Quartet. For the past three years, he has maintained his troupe of Atlanta-based professional dancers in addition to teaching full time at Emory. The new works reflect Staib’s drive to bring more expressive content into his choreography, which in the past, he told me, has tended toward the abstract. The goal, he explained, is to be “theatrical without being literal.” 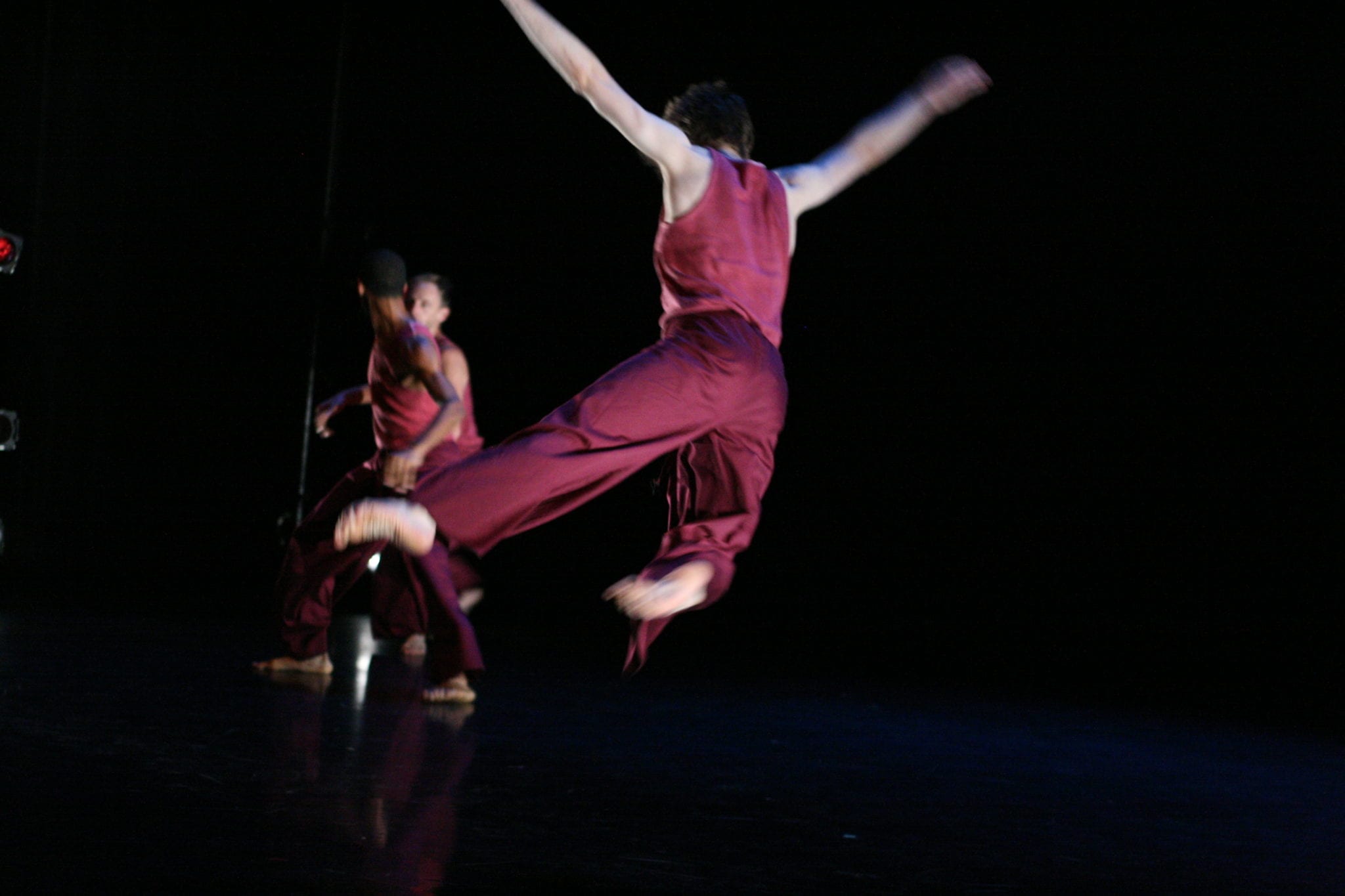 Music by seven composers whose styles range from 19th-century Romantic to contemporary Minimalist, impeccably played, set the tone, their structure a sort of game board for Staib’s choreography. At times, movement was oddly juxtaposed to music, suggesting humor, pathos or something in between; at others, the dancing fell into line with the music’s subtle emotional shadings.

Musicians and dancers blended in the intimate theater space. For each piece, the musicians appeared in different configurations, from a pair of violinists in an upstage corner to a line along one side of the stage to a grand piano just past center, with designer Richard Burnett’s rectangular black-box benches facing it concert style. Cynthia Church’s costumes for the musicians, who like the dancers appeared barefoot, blended relaxed and flowing lines with the elegance of concert dress. 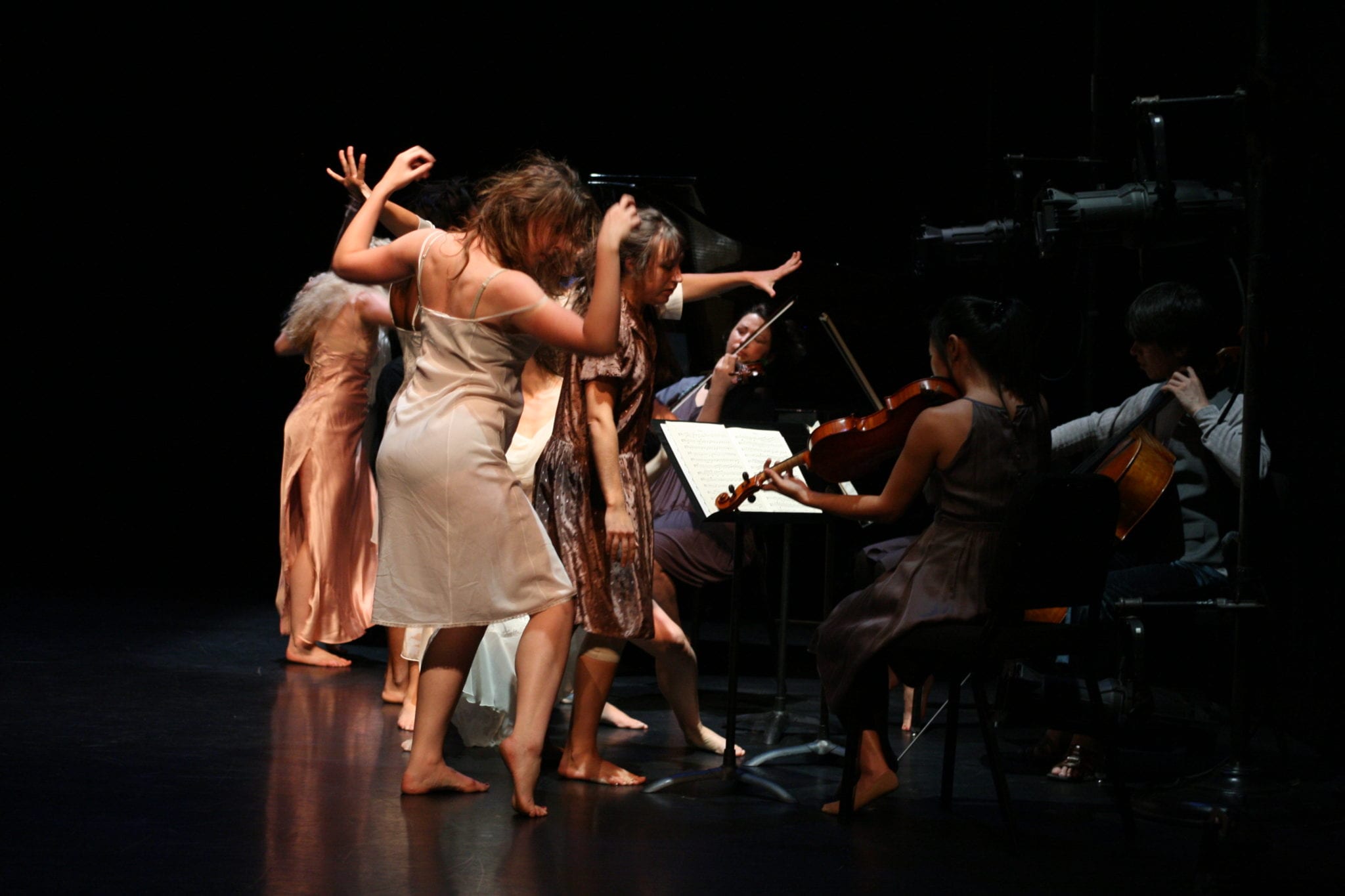 As in Jirí Kylián’s choreography, an influence on Staib, dancers swooped through wide second positions, arms bent at right angles; arms reached in long, straight lines as the body pulled in the opposite direction. But Staib’s work seemed more tightly wound than Kylián’s. Precise, quick and expressive, the dancers cycled through quirky, frenetic gestures; their arms whirled like propellers and sent their bodies careening with the speed of a mind in overdrive.

“Four Letter Word,” to Richard Einhorn’s “Maxwell’s Demon,” played by Yinzi Kong and Jessica Shuang Wu, introduced a series of action-and-reaction encounters. In urban-chic tunics of black braided leather and airy black tulle, the dancers’ frenetic circular motions and quirky, staccato gestures melted into jazzy hip action as they embraced, lifted and tossed one another off. 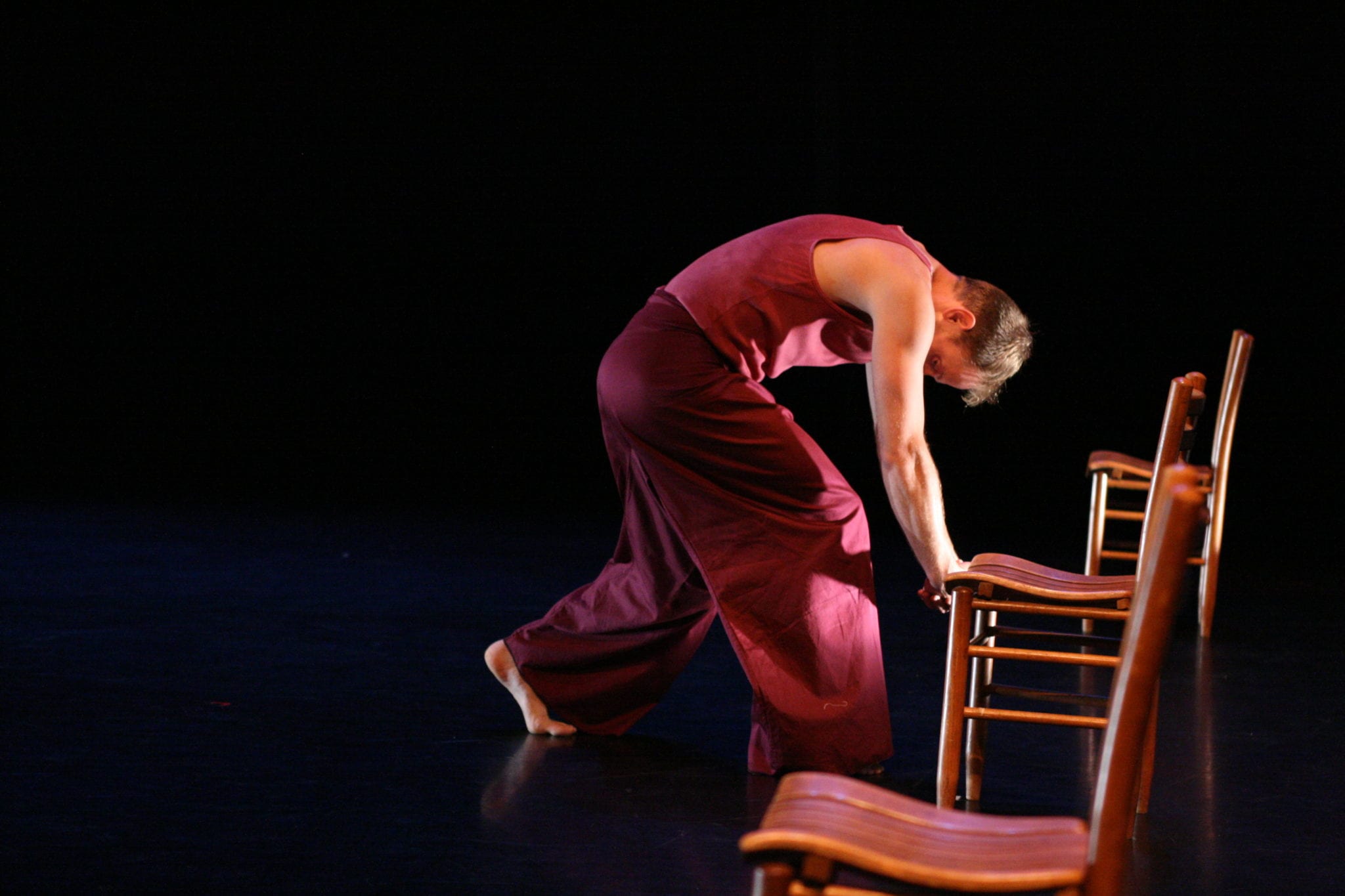 In “Nest,” set to music by Robert Schumann, seven women in dressy sleepwear churned and convulsed, beat their hands against the air on either side of their heads, poked fingers into their eyes and pulled their mouths open. They seemed to be either mental ward patients or mad housewives. In the end, neither was the case — but it’s best to experience the punch line first-hand.

The arresting men’s trio “Unbow” met the surges, eddies and ascending spirals of Samuel Barber’s “Adagio for Strings” with courage and unearthly grace. Gregory Catellier’s lighting enhanced sculptural qualities as the three dancers moved horizontally across the stage in counterpoint. Suspending in spiral turns, they swooped to the floor through wide open lunges and wove through a series of supported leaps. Honed to a pure, emotional resonance, this work seemed to exist within a suspended continuum with the music.

Staib appeared with Kathleen Wessel (his fiancée) in “Pillow for Ghosts.” The duet’s title is as mysterious as the gray-and-black-clad couple’s hand gestures. As they sat side by side on a long bench stretched diagonally across the stage, their palms stretched forward, circled like fans, clasped together and shook as if rolling dice, then flattened into praying hands. Rachmaninoff’s “Vocalise” evoked feelings of loss and finality while the couple danced if physically attached, but emotionally detached.

The evening’s last work, “Island,” might have benefited from the same kind of careful honing apparent in the others. Its Parcheesi-board layout created a complex grid for what looked like a society of people moving in many different directions, often seeming to visualize Kendall Simpson’s Minimalist score.

Watching Staib’s work is not relaxing; there’s rarely a lull. But it’s seldom too complicated to follow — always just on the edge, thoughtfully constructed to each beautifully rendered piece of music. The performances run through tonight. 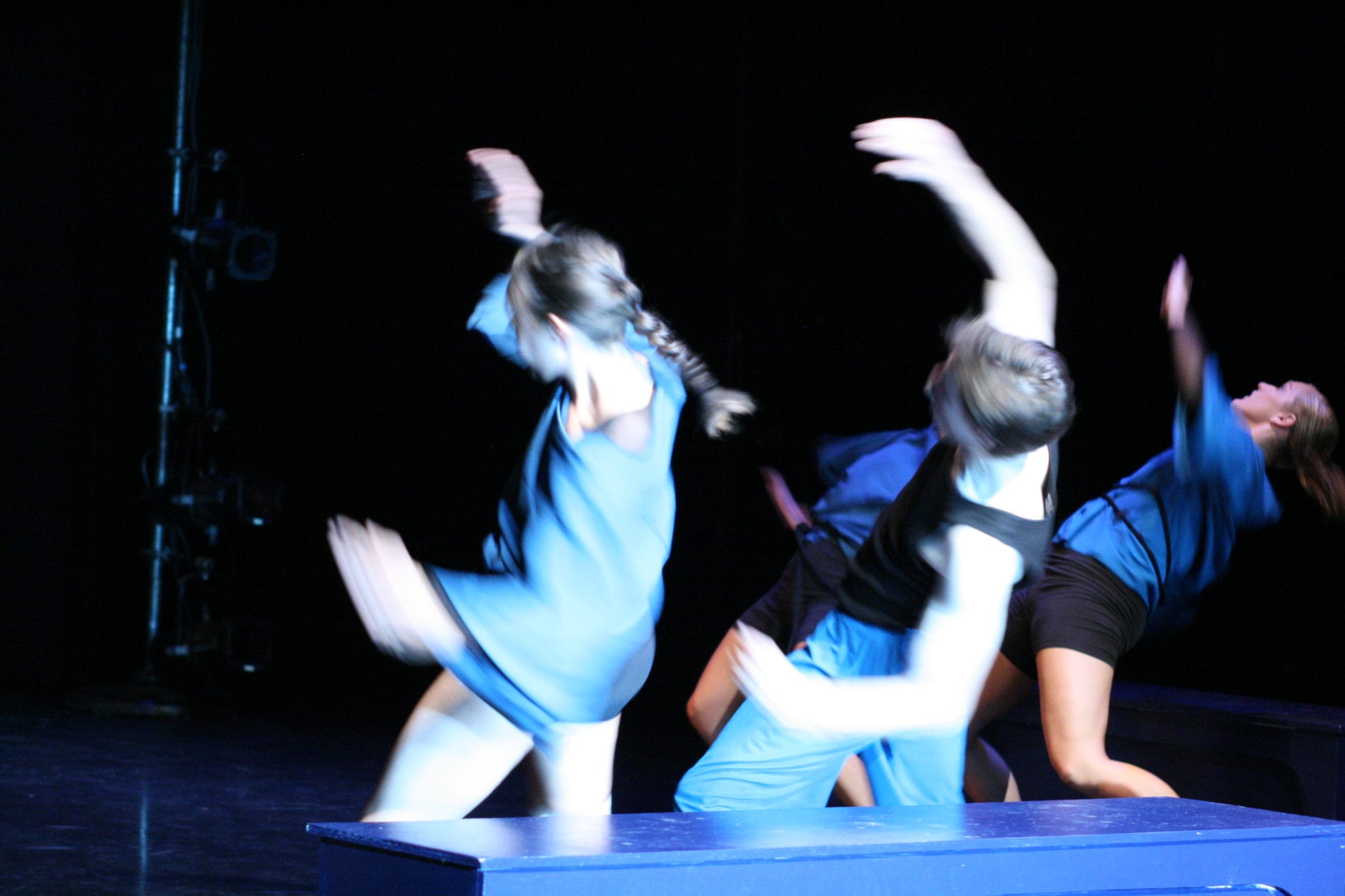