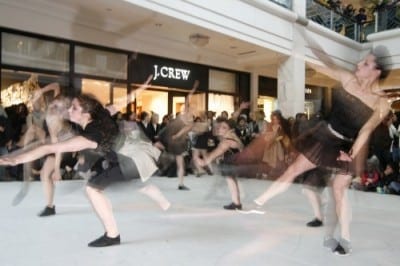 Review: Flux Projects debuts with gloATL at Lenox — “Did you find what you were looking for?” 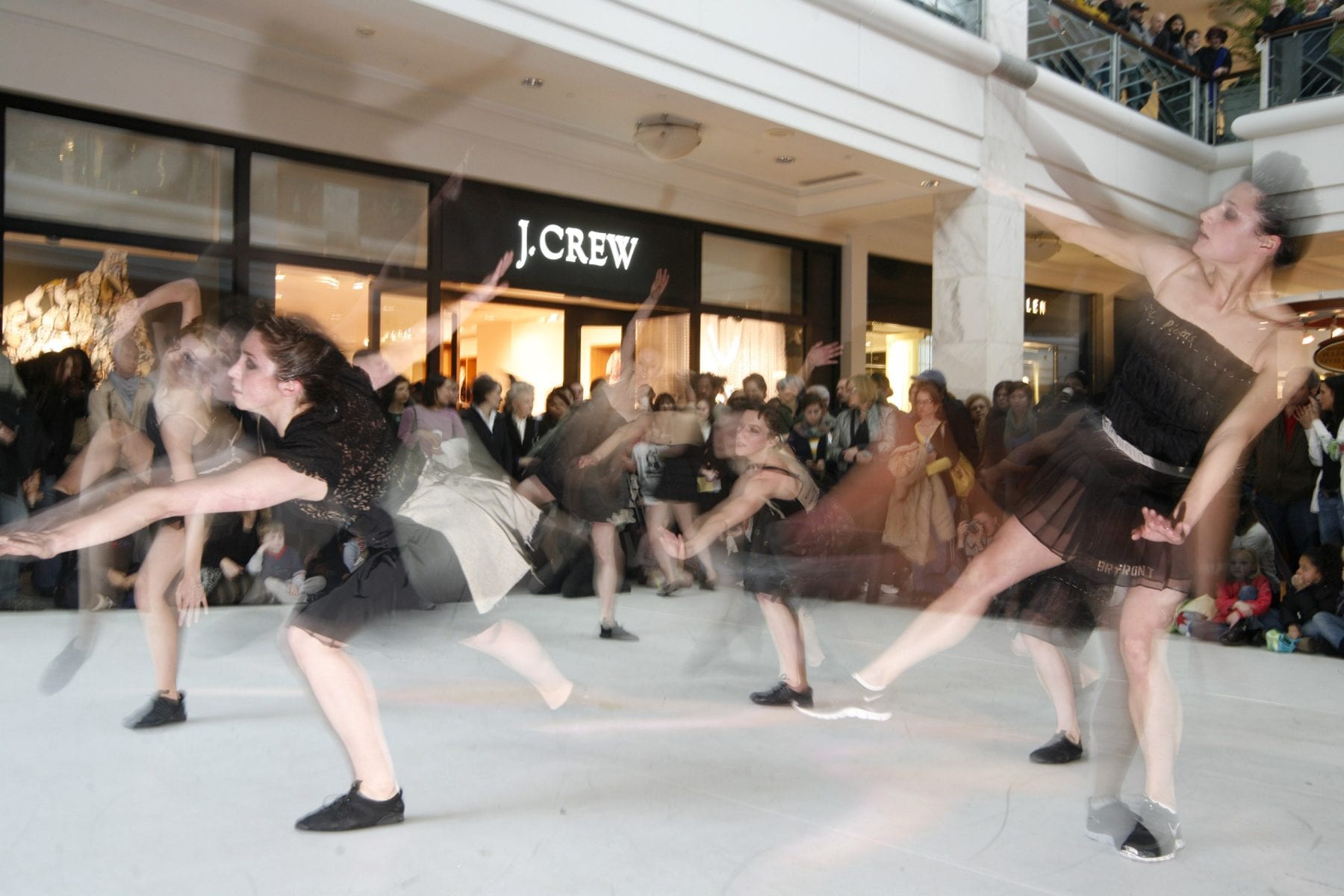 As Flux founder (and funder) Louis Corrigan told the press a few weeks ago, the three-day event was designed to “reach a broad audience who might have an interest in the arts, rather than reach an arts audience with interesting art.” In other words, as an arts community, “we basically need to do things that will make ourselves visible to people other than ourselves.”

The aims are ambitious, but Stallings was a good choice for Flux’s first project. Previously a member of Hubbard Street Dance Chicago, she gained the physical and emotional daring of Jiří Kylián, William Forsythe and Ohad Naharin’s choreography. Stallings has incorporated those influences into a classically based, contemporary dance language that truly moves from the inside out.

With her collaborative group gloATL, Stallings freed dance from the confines and predictability of conventional theaters with last summer’s “rapt,” outdoors at the Woodruff Arts Center, and last fall’s “pour” at Le Flash-Atlanta. But “Bloom” — this work is their first whose title is capitalized — took the concept of public art further by reaching out to Lenox Square’s unsuspecting weekend shoppers. “Bloom” took its audience — both passers-by and devoted fans — by surprise. 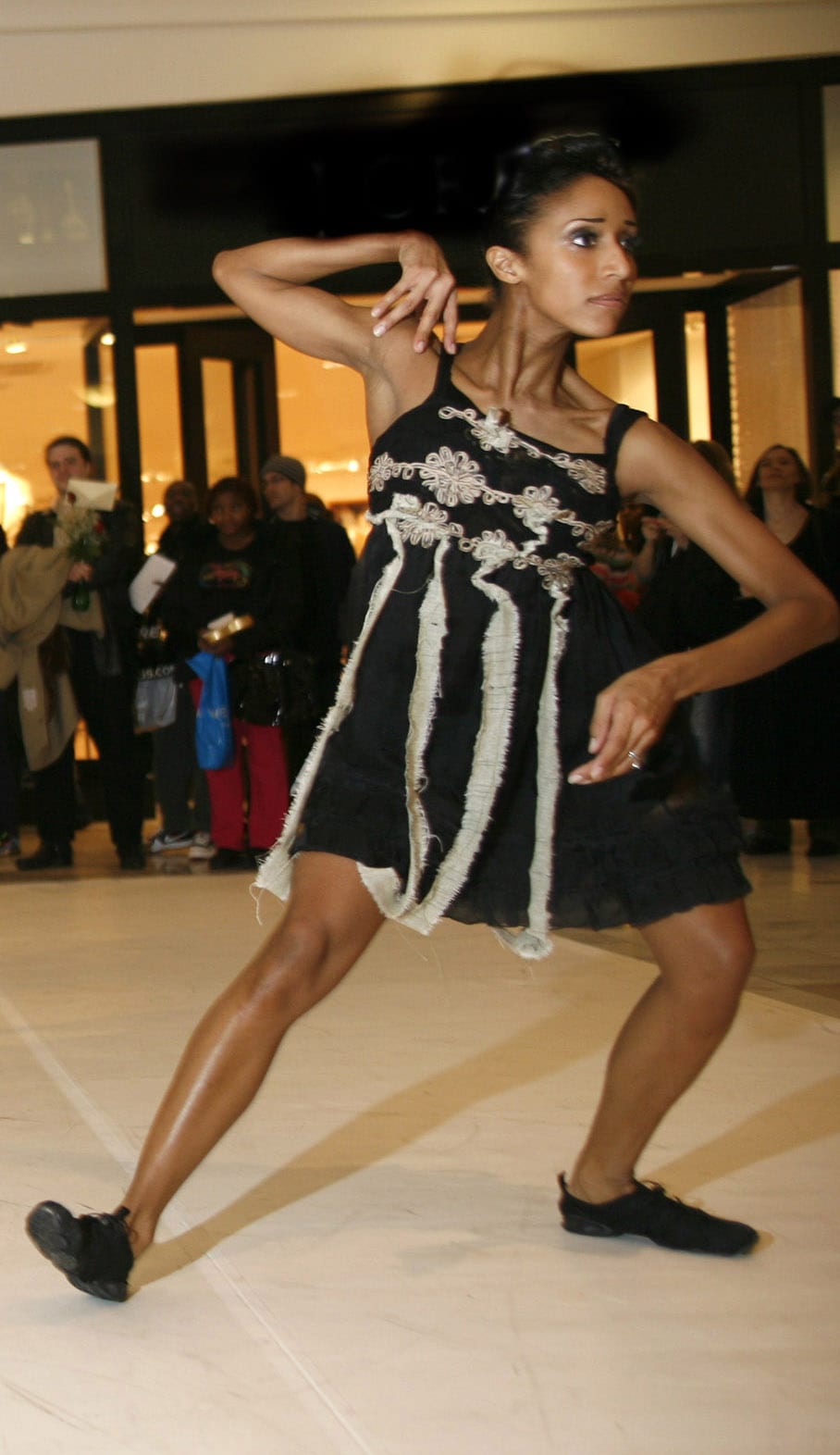 The mall’s slick corridors are lined with seductive ads and displays. Within the polished interior, dancers appeared in several locations dressed in April McCoy’s sleek, black party dresses with individualized details suggesting various stages of construction. One dancer’s dress had “BACK” stenciled on the back and “SIDE” on the sides. The costumes, too, seemed a reaction to the glossy perfection peddled by the mall.

Traveling down the corridor, gloATL’s dancers captured energies of distractedness, of reacting to the many images in the mall that competed for their attention. Impulses zipped through dancers’ torsos and limbs, taking their focus along unpredictable pathways, inventing newly expressive body shapes. Suspended halts, punctuated by sporadic initiations and lightning-fast direction changes, startled unwary bystanders as a growing crowd followed.

Yann Tiersen’s music for accordion and percussion added a European café flavor as several vignettes meandered toward the central “gravity point.” In this open space next to the mall’s central Starbucks, hundreds of captivated viewers encircled a section of dance flooring while another hundred or two watched from the upper level’s rails.

The heart of the work revealed itself through a series of sections danced to J.S. Bach’s Suite No. 3 for Cello, Big Rube’s poem “Ruby 7” and Maurice Ravel’s “Bolero.” In a compelling duet, Nicole Johnson and Sarah Hillmer linked arms, shared weight, pushed, tugged, prodded, manipulated, concealed, sheltered or chased each other, in what felt like a complicated relationship of mutual dependency and joint creation.

At the work’s core, Big Rube’s def poem “Ruby 7” spoke of an “outstretched hand of compassion” and repeated the line, “rip the heart from my own torso, so long as it beats….” Several dancers watched seated as Mary Jane Pennington danced a visceral, frenetic solo around him. In the end, he calmed her. 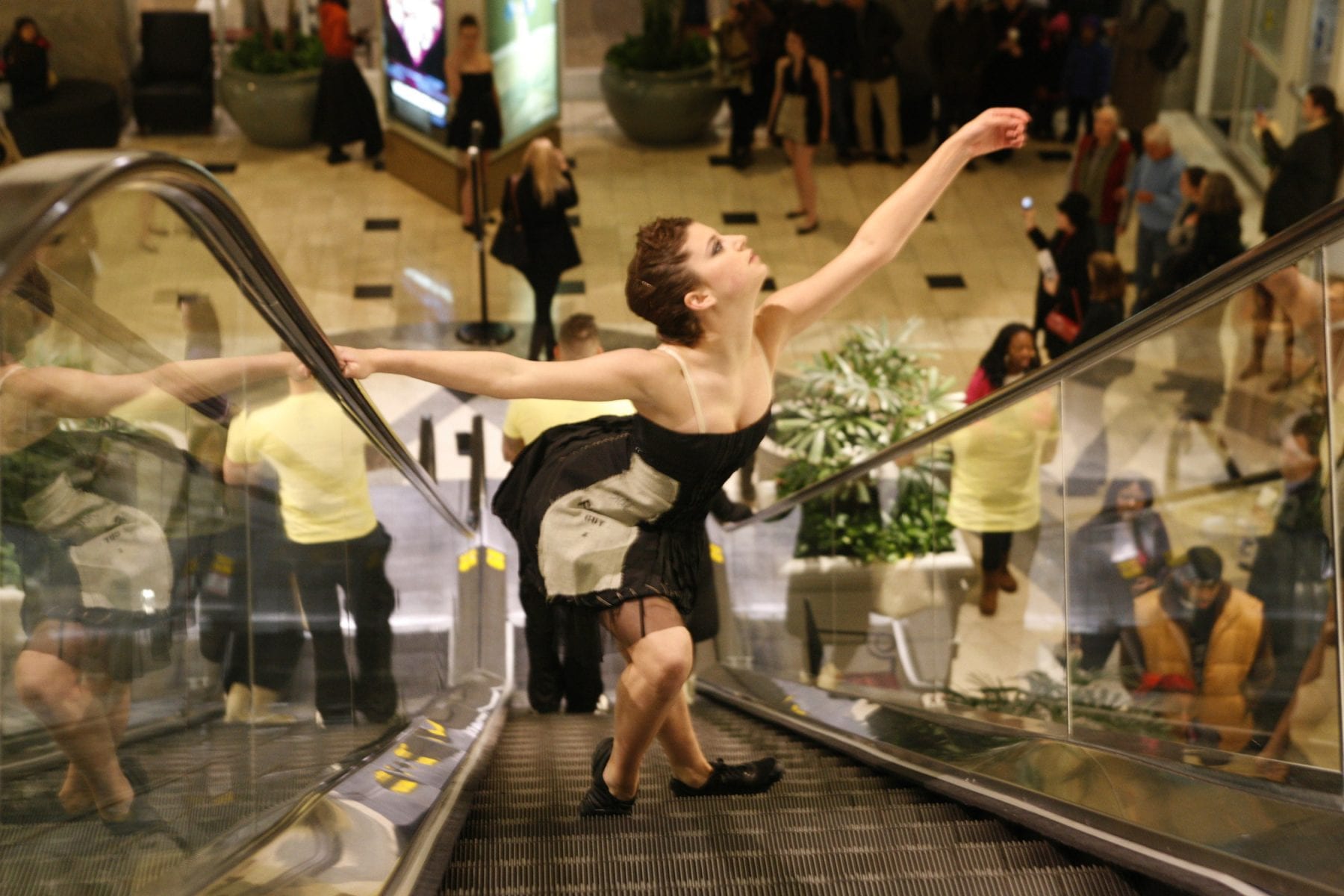 Dancers strode into the gently accommodating crowd. Some dancers seemed to be absorbed into the mall — arching while riding down an escalator as if free falling, gazing through windows at merchandise, flattening the body against the side of a stairway and intertwining with the decor. 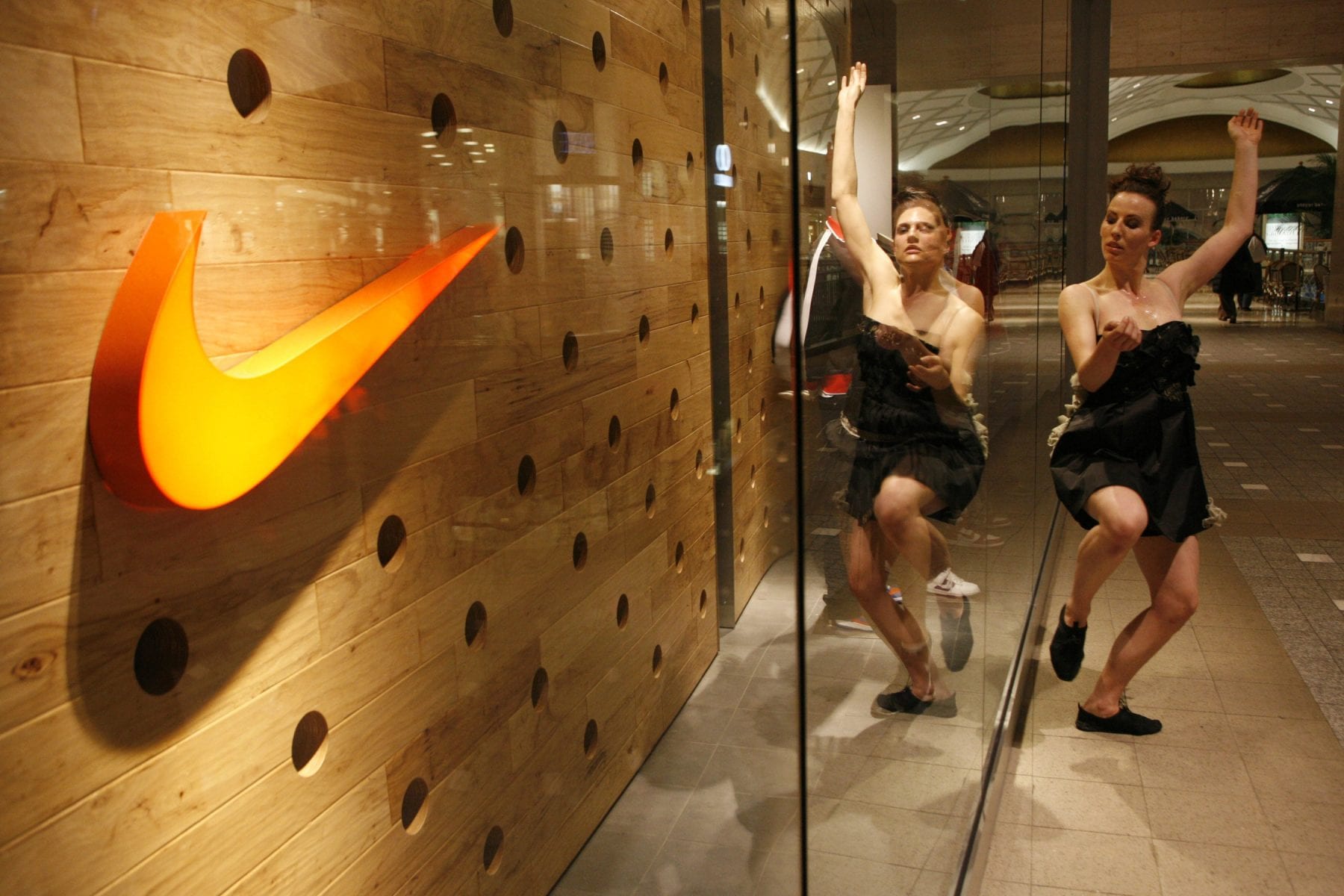 Several dancers arrived at a section of the work called “Halo,” dancing on and around a large bench, moving among spectators and asking intently, “Did you find what you were looking for?” — suggesting that people sometimes mistakenly substitute material exchanges for human ones.

Stallings’ choreography captured the invisible energies that inhabit the mall. She has created a three-dimensional language — at times, a world — that draws people into it. Once inside, “Bloom” suggested that it’s not appearances or material things that we seek. We’re looking for an exchange that reaches into the heart. Crashing against expectations, “Bloom” accomplished that by reaching into the center of Atlanta’s commercial district.