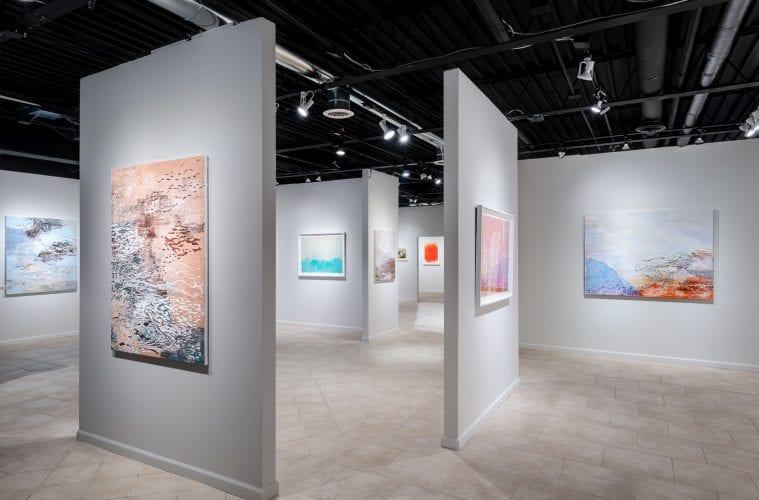 Cullum’s Notebook: Thomas Deans show reveals our era as a “time between”

Looking at art exhibitions in a wide variety of Atlanta contexts reinforces the realization that we’re in an accelerated transition phase in the digital revolution, arguably the biggest shift in perception since the arrival of movable type first made the print era possible. On this topic, I recommend Maryanne Wolf’s August 25 Guardian column about our new reading habits: we’re more impatient than ever, basically. Wolfe’s observations imply that if I provide a direct link to the article, you may never return to this page, so I leave it to you to do the web search.

I’m reminded of what Frances Yates wrote in Shakespeare’s Last Plays about “the times between, . . . when survivors from the earlier period are still alive and influential, times when an earlier period has not fully ceased and the new period is not yet fully born.” Yates writes that The Tempest and other late plays represent a return to the ideals of Shakespeare’s youth, “ideals which he had somehow lost in the terrible period of the great tragedies but which he now hopes to see reviving in the younger generation.”

Therefore, I’m going to focus occasionally on aspects of the Atlanta art world that embody our own “time between,” and mostly on survivors of one sort or another. The happy accident of a 35-year-anniversary exhibition, open through October 9, allows me to begin with Thomas Deans, who responded to my question about his career with, “The older I become the more I realize I’m a 20th-century person. But one crucial aspect of art, to me, I can carry into the brave new world of pixels and minute attention spans; that is the much-overused term, especially by me, mark making. It is the common thread in everything that I find visually meaningful. . . .”

Deans finds, most recently, what he calls “a sureness of hand coupled with an idea to be expressed” in the blend of graffiti with late-20th-century abstraction in the work of a younger artist, Daniel Byrd, who is tentatively scheduled for an exhibition in 2019. The present exhibition, however, is a combined homage to Deans’ appreciation of surface texture and the ongoing evolution of the gallery’s origins in British approaches to representational art. A side gallery holds exquisite mixed-media works on paper by Royal Watercolour Society artist David Brayne. The main gallery contains striking abstractions by the globally known Royal Academy of Arts president, Christopher LeBrun, matched exquisitely with abstractions by New York painter Laura Fayer. And, as an unexpected juxtaposition, the back gallery contains landscapes in varying closely related styles (some of them suggesting contemporary updatings of Fairfield Porter) by longtime Alabama-based artist Carlton Nell, Jr. 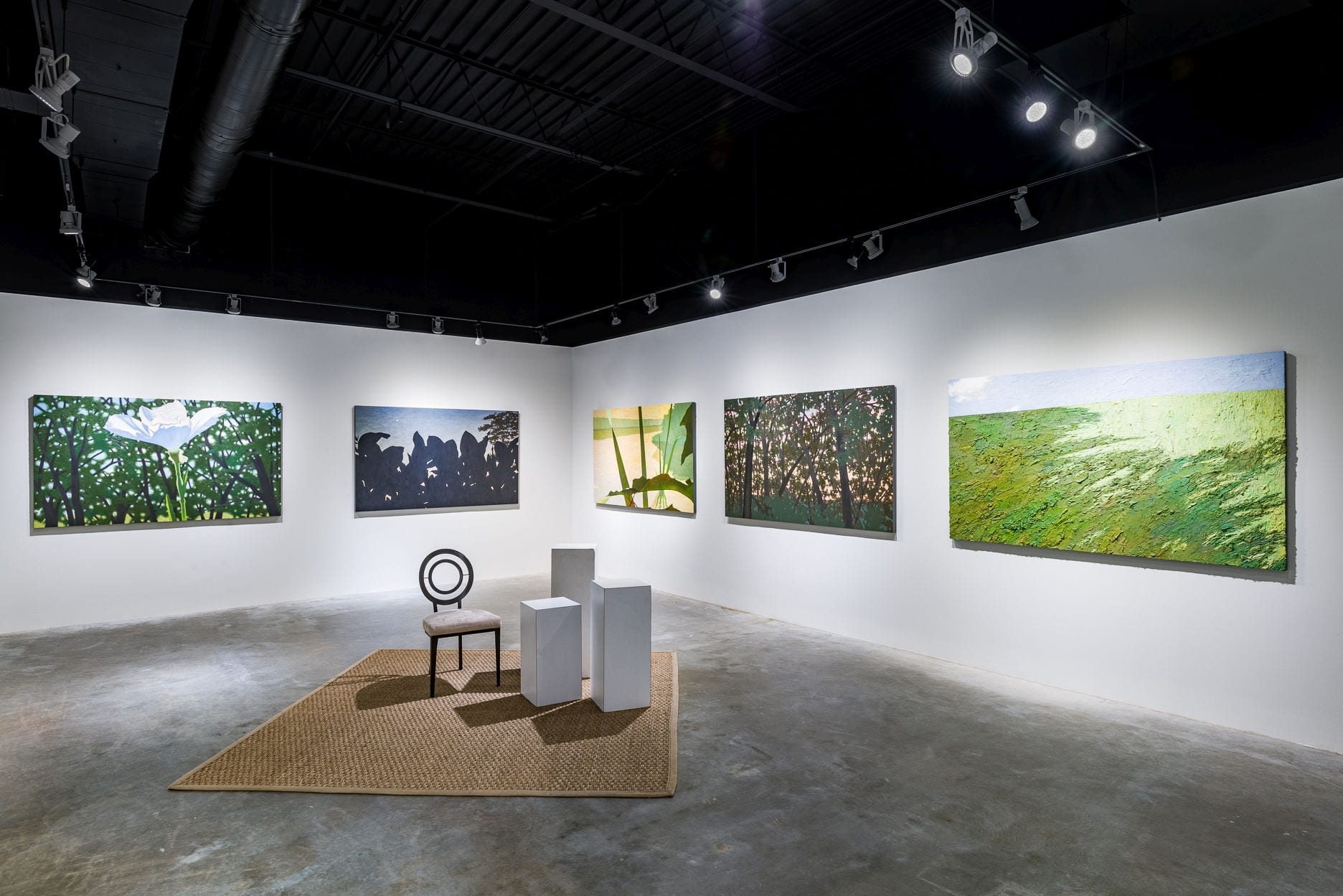 Over the past three-and-a-half decades, that trust in mark making combined with vision has led Deans to exhibit work ranging from small works on paper by William Blake disciples George Richmond and Samuel Palmer (and many other British artists from then to the present day) to work by contemporary Atlanta painters, including a 2016 show of recent neoromantic animal allegories by Atlanta contemporary Linda Mitchell (whose defaced BeltLine mural was recently in the news) and a 2017 exhibition of a body of work from the 1970s by longtime Atlanta College of Art professor Anthony Greco. It has also led him to stage exhibitions such as the largely overlooked 2002 show of the work of the formally trained, psychologically troubled British artist Cynthia Pell, whose sensitive work seems to have been presented since her 1977 suicide in a context of art-therapy outsiderdom into which it does not fit comfortably.

Mark making aside, Deans has from time to time sought out photography with identifiable kinship to the insightful rendering of complex visual relationships that characterize the best of the British representational work with which he began his gallery in Florida (and in London with a partner) before opening in Atlanta in 1999. Deans’ photography exhibitions have ranged from Frank Hunter’s or Kathryn Kolb’s almost visionary yet eerily precise renderings of nature to the more transgressive mode of Forest McMullin’s forthcoming solo show (opening October 12) of photographs of aspects of a rural South that still holds surprises.

Navigating the difficult terrain of changing art markets and shifting styles of consciousness simultaneously is a nearly impossible task for commercial galleries in general. Doing it while maintaining a consistent personal sensibility is almost inconceivable, and I find it astonishing that any gallery owners at all in Atlanta have pulled off the balancing act. Although I’m not planning a formal series of profiles, I hope, in the near future, to survey the various ways that others have resolved this dilemma.