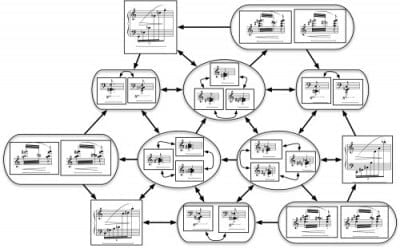 The first piece on the program Monday night, Bill Ryan’s “Blurred,” is scored for “piano and any additional instruments.” Within a framework, the players decide “on their own what pitches and when to perform.” And the overall effect should produce a “haze” of sound.

Sonic Generator devoted Monday’s concert in the Woodruff Arts Center’s Rich Auditorium to “open score” music, where composers write some notes, or not, and it’s up to the performers or the audience or happenstance to determine the outcome, or not.

Is this music? Ryan’s “Blurred,” from 2003, started with pianist Tim Whitehead drip-dropping notes on the keys, soon joined by violinist Helen Hwaya Kim, cellist Brad Ritchie, clarinetist Ted Gurch and flutist Jessica Peek Sherwood adding their own gentle droplets until it sounded like the loveliest rain shower imaginable. Despite the lack of rigorous construction, or precisely because of it, “Blurred” was timeless, or out of time, and magical.

In the early 21st century, we’ve broken from the shackles of structured art and it’s become fashionable to revel in sound-as-music that earlier generations would have dismissed as mere noise. It’s the triumph, or tyranny, of pure abstraction, of pure aesthetics.

Last April, Jason Freeman, a Georgia Tech professor and the administrator of Sonic Generator, had an essay published on The New York Times’ website, where he wrote: “As a composer, I want my audiences to experience creating music. In my work, I blur [there’s that word again!] the traditional divisions between composer, performer and listener, inviting others to make the music along with me. It is not enough for me to share only a polished performance or a mastered audio recording. I want to share the experience of composing music.” Here is the complete score of Freeman’s Piano Etudes:

As a “wiki” composition, the snippets of Freeman’s Piano Etudes were shuffled and reordered by visitors to the composer’s website, earlier this year, and then voted on by nytimes.com readers. Pianist Whitehead played four of the winning arrangements. The first, “Observing Squirrels,” scampered jarringly and lasted just a few seconds. The last, “Trying to Be Hip,” answered the question, What if Steve Reich worked as a cocktail pianist? To mention that the resulting pieces of music are not especially interesting is to miss the point entirely. But still, isn’t a nifty compositional process only as good as the music it creates? 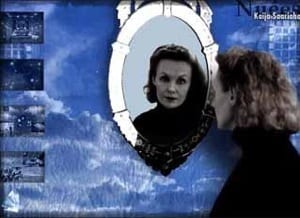 Finnish composer Kaija Saariaho (at left), who somehow combines an austere modernism with ultra-sensuous French Impressionism, was a little ahead of our “wiki” culture with the 1997 release of “Prisma,” a CD-ROM that includes “a unique interactive game of musical creativity” called “Mirrors” — you shuffle her building blocks to create your own music. You can also listen to the composer’s idealized version, and that’s what flutist Sherwood and cellist Ritchie performed first. Then they played their own version of “Mirrors” — assembled by the flutist’s husband, percussionist Tom Sherwood — and the difference was striking. Saariaho’s was vaporous, in wisps of sounds, and the semi-audible syllables whispered across the flute’s mouthpiece gave it a haunting and feminine lightness. It was identifiably Saariaho. Sherwood’s version was gloomier, greyer and held much less listening pleasure.

There were technical glitches. A Georgia Tech student, Akito Van Troyer, earned his master’s degree with “LOLC,” where a group of musicians are seated around the hall, each with a laptop computer. The composition is a work of group improvisation and interactivity: they triggered pre-recorded rhythms and odd sounds, which were layered, looped and transformed, and the musicians communicated via instant messaging on screen (pictured below). The audience watched this for a while … until the screen froze. An endlessly fascinating project — even if, from the listener’s perspective, it was more a display of gadgetry and philosophy than art. 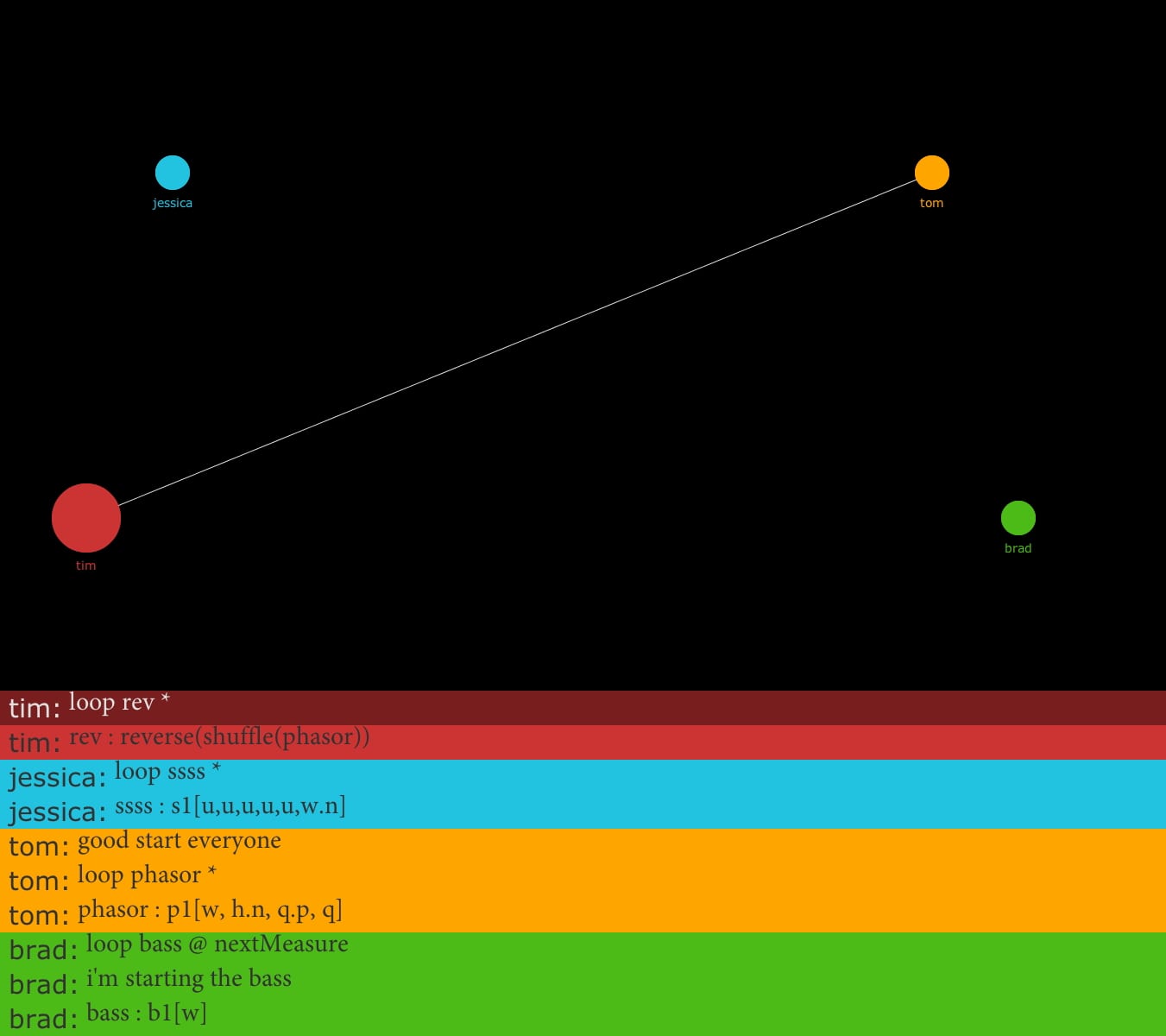 Ditto for David Kim-Boyle’s nine-minute “reTunings,” given its world premiere by cellist Ritchie. After more than 4’33” waiting for the interactive computer software to load, it finally kicked in with a ghostly wash of electronic sound, to which the cellist meekly added solid notes, with some lovely or weird consonances. The cellist got to pick which of the musical “cells” on his screen he wanted to play, and how he wanted to play them. At its best, these shifting cloud patterns might be described as “head” music fit for chemically induced daydreaming.

The final work was a classic of the open score process. Frederic Rzewski’s “Les Moutons de Panurge,” from 1969, is written for “any number of musicians playing melody instruments plus any number of non-musicians playing anything.” Nevertheless, Sonic Generator decided to bar the audience from participating, in clear violation of the composer’s intention.

As instructed, the musicians (here a sextet) played the 65-note melody in a cumulative sequence, adding one note per iteration until they reached the whole melody, then reversing course and subtracting one note at a time. The trick is staying together. “Stay together as long as you can, but if you get lost, stay lost,” instructs the composer, cheerfully. First it was out of phase and slipped away into total cacophony.

As percussionist Sherwood explained, perhaps touching on the nature of open scores and on society writ large, “Les Moutons” addresses our fallible nature and the need for a community to advance, despite individuals going their own way.