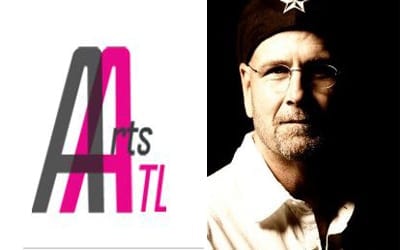 ArtsCriticATL has appointed Scott Freeman as its deputy editor.

The Georgia native (above), 53, brings 14 years of experience as an editor with various periodicals, including Atlanta Magazine, Las Vegas Life, Indianapolis Monthly and Creative Loafing.

He began his writing career as a journalist, built a reputation for long-form feature writing and is the author of four books, including well-received biographies of Otis Redding and the Allman Brothers Band. He’s now working on a book documenting a moment in Atlanta’s recent past.

“It’s wonderful to be able to bring on someone with Scott’s wealth of experience as a professional journalist, both as editor and writer,” says Louis Corrigan, ArtsCriticATL board president. “Scott immediately enhances our ability to deliver as the go-to publication for arts coverage in Atlanta.”

Freeman has played guitar and toured nationally with country singer Bill Gentry. Under his aegis, our coverage will grow to encompass Atlanta’s lively popular music scene. Freeman will also oversee coverage of classical music, theater, film, books and dance and will help implement additional changes that are in the offing.

“The website’s greatest strength is its pool of writers who care deeply about the arts and have a genuine calling to document what’s happening in our city,” says Freeman. “I think we’re uniquely positioned to become a hub for Atlanta’s arts community, and I’m very excited about the plans we have to broaden the scope of ArtsCriticATL in the future.”