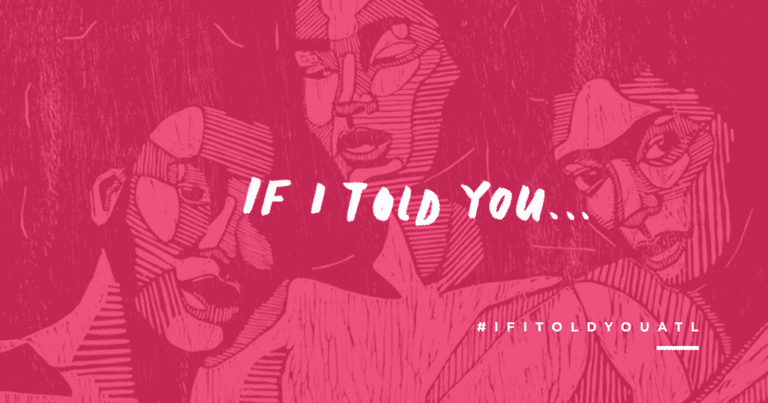 Medium Arts' If I Told You . . . series presents the Women Speak Poetry Slam hosted by Theresa Davis at the Beacon Atlanta this Friday, March 22.

Each Friday, we’ll round up our top literary picks for the week ahead – from author events and book signings, to spoken word open mics, story times for your little ones and more.

Atlanta writer Pat Conroy (1945–2016) was one of the most beloved Southern-born novelists and memoirists of his time. As part of the Atlanta History Center Author Program, five writers mentored by Conroy — Jonathan Haupt, Cliff Graubart, Anthony Grooms, William Walsh and Teresa Weaver — come together to read, remember and share their personal stories about learning from a legend.

Medium Arts’ If I Told You . . . series welcomes poet and spoken word artist Theresa Davis as host of the powerful, all-female Women Speak Poetry Slam at Beacon Atlanta. Presented poems should be less than three minutes and will be judged on content and originality. The first 12 poets to sign up get to slam, and there’s prize money at stake for poets who take first, second and third place.

Charis Books and More, a staple of Atlanta’s literary community, is leaving Little Five Points and moving to Agnes Scott College in Decatur (it’ll reopen there on April 1). To celebrate their last day in their current space, the folks at Charis are throwing an all-day party, complete with cake and farewell tears, and all are invited.

Join Eagle Eye Books as it hosts a panel of eight acclaimed female horror writers, including Selena Chambers, Gabriela Damián Miravete, Gwendolyn Kiste, Anya Martin, Sunny Moraine, Zin E. Rocklyn and Damien Angelica Walters, as they discuss writing horror and fantasy as women, members of the LGBTQ community and people of color. The event is part of the Outer Dark Symposium of the Greater Weird Literary Festival and is free and open to the public.

Lost Southern Voices is a lecture/reading presented in collaboration with Georgia State University’s “Revival: Lost Southern Voices” Literary Festival. The event is organized as a platform for the writing and work of Southern writers worthy of being “re-discovered, revived  and reread.” The night will feature readings by Jennifer Colatasi, Andy Rogers and Pearl McHaney.

Charis Books and the Auburn Avenue Research Library on African American Culture and History present Damon Young, cofounder of VerySmartBrothas and author of the new essay collection What Doesn’t Kill You Makes You Blacker. Young is one of the most widely read writers on themes like race and culture and will be in conversation with writer and Morehouse professor David Dennis, Jr.