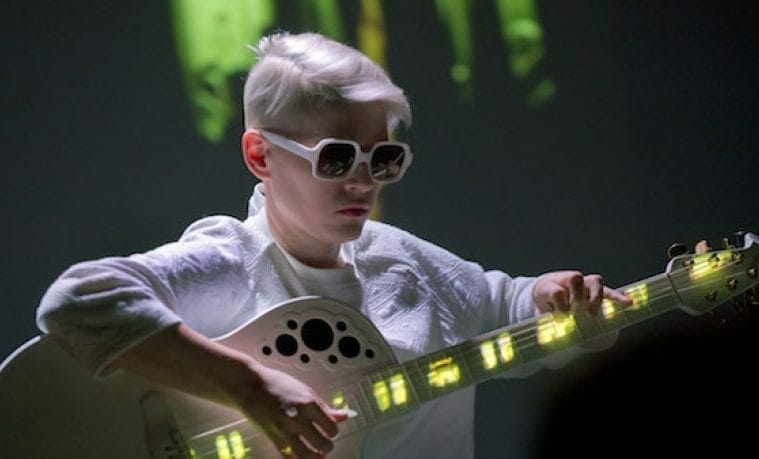 Formerly known as the Georgia Flood, Preachervan’s latest single from is an indie-rock love song with a dash of folk. The band’s current lineup consists of brothers Brooks Mason (guitar, vocals) and Lane Kelly (bass, vocals, keys), along with Savannah Lee Walker (guitar, vocals) and Aaron Hambrick (drums). “Fall Out” is a look at past relationships. “You are kinda sad, kinda happy, almost hopeful,” Kelly says. “The feelings fall out of you, and deep down you are OK. It is the first track that we cut with Savannah and Aaron, and it has a more raw and emotional sound.” The song is a taste of what’s to come, as two new albums are in the works. “One is traditional Preachervan and the other is a science-fiction concept album that may never be released,” Kelly says. “Depends on how the rest of 2020 goes. Am I right?”

“Teek” hits all the right notes, musically and emotionally. Created by Atlanta composer and guitarist Kaki King, the video was filmed as a stay-at-home travelogue during the Covid-19 lockdown. King, praised by Rolling Stone as “a genre unto herself,” has released nine albums and toured extensively, presenting in such venues as the Kennedy Center for the Performing Arts and the Smithsonian Design Museum in Washington, D.C., and New York’s Metropolitan Museum of Art. You may recognize her playing in the 2007 movie August Rush (King’s hands are used in close-ups for Rush). Her mastery of the instrument is evident in  “Teek,” with each note and strum placed with purpose. King is wasting no time creating under lockdown. The track is pulled from the upcoming album Modern Yesterdays, due October 23. Georgia Tech Arts will stream the world premiere concert and chat with King on October 24.

Comrade Launchpad is the musical alter ego of Atlanta-based James Bale. He formed the band in 2015 and has released two singles with an EP, Lorenz Attractor, due October 30. “Animal Man” has echoes of 1960s’ psychedelia and tackles a grand theme. “The music and accompanying video,” Bale says, “are a reflection on the history and development of human civilization and the curious predicament of our shared future.” The video, edited by Alex Morrison, is a collection of free-use archival footage set to the engaging musical track.