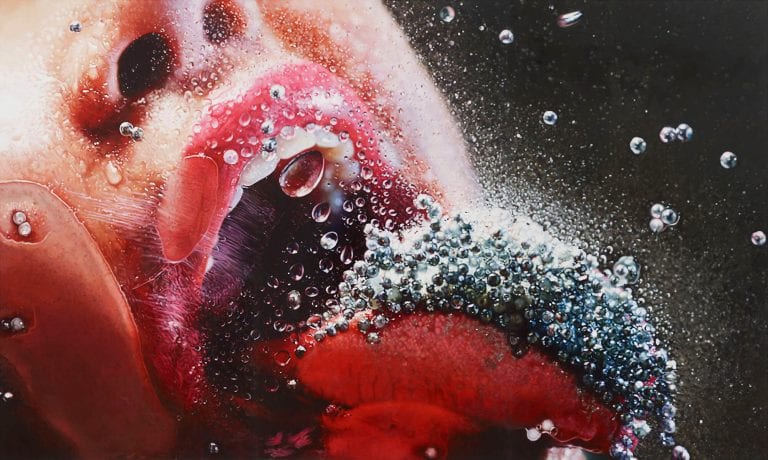 It is no secret that the world of photography has been going through tremendous changes in the past two decades, constantly reimagining itself along the way.

Getting a feel for today’s photography is a simple as attending the Atlanta Celebrates Photography Festival. Now in its 19th edition, the city-wide, community-driven festival offers a wide spectrum of events, from lectures to public art installations. It runs through the whole month of October with over 120 photo-related events and exhibitions. Following are some highlights.

The FENCE and the Georgia FENCE

Now in its fourth edition, The FENCE is by far the most visible and far-reaching event of the festival. Initiated in Brooklyn by the organizers of the Photoville festival, this highly curated art installation consists of a 700-foot-long mesh banner featuring work by 41 international photographers. The same installation is shown simultaneously in New York, Boston, Atlanta, Houston, Santa Fe, Durham and Denver. Organized around seven thematic categories — Streets, People, Home, Play, Nature, Food, Creatures — the installation features high-caliber work that is designed to inspire and grab the attention of even the most casual promenader of the BeltLine.

In addition, the Georgia FENCE — the sister initiative of The FENCE that showcases notable local photographers — comes back home after having traveled the state in 2016. It has been installed on the newly opened Westside trail at the Martin Luther King BeltLine overpass.

The Beltline through November 2.

On the rail map, ACP collaborated again with MARTA to produce an “Art Car,” an original display of curated work by high school students who, under the direction of local photographers, used photography “to challenge preconceptions and celebrate the everyday life of their communities.” Follow the Instagram account @everyday_atlanta to keep up with this initiative.

Also returning this year is ACP’s “Open Exhibition,” the popular event where photographers of all ages and with all levels of expertise can hang their best photo and eventually be selected for awards. The theme for this year is “What does giving back look like in my community?”

ACP has lined up an eclectic series of lectures this year, which promises to stretch our understanding of photography to its utmost limits. Among the most anticipated appearances is that of John Waters, the iconic filmmaker, writer and artist known for his irreverence and cheerful provocative style. Waters does not use photography in its pure form, but rather treats it as a writing tool “to create a whole new genre of clumsy ‘little movies’ made up from the scraps of others.” John Waters, “Low Definition,” October 20 at Woodruff Arts Center, Rich Theatre, 7 p.m.

Equally known for her sense of provocation, the New York painter, photographer and political activist Marilyn Minter will talk on October 12 about her prolific work. Her composite images of the female body, which blur the lines between photorealism and abstraction, have received wide attention. As for photography, she once said, “With photography, there was always something I wanted to change, to get rid of, so I started painting the photos.” Her lecture promises to be anything but boring. Make sure to see her work in the group show Socially Engaged, on view at the Georgia State University’s Welch School Galleries October 2 through November 11. Lecture by Marilyn Minter October 12 at Woodruff Arts Center, Rich Theatre, 7 p.m.

On the other end of the celebrity spectrum, Pete Souza, the former official photographer for President Obama, will share some insight on his eight years spent in and around the White House on October 3. Souza has gained popular fame lately through his Instagram account @petesouza by taking a subtle political stand against the current president and capturing the cultural difference between the two administrations.
October 3 at Jimmy Carter Presidential Library, 7 p.m.

Also worth noting in the lectures series are the ones by local talent and SCAD’s associate chair of photography Michael James O’Brien (October 18 at SCADshow), as well as a conversation between British photographer Paul Graham — whose latest work, The Whiteness of the Whale, is currently on view at the High Museum — and the High’s assistant curator of photography, Gregory Harris.
October 21 at Woodruff Arts Center, Rich Theatre, 2 p.m. 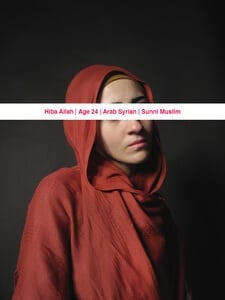 In the film category, ACP will screen the documentary 9 Days from My Window in Aleppo from photographer and filmmaker Issa Touma. Touma recorded the first nine days of the rebel uprising in the old city of Aleppo in August 2012, as seen through his apartment’s windows. Q&A will follow with Touma after the screening.
October 23 at Carter Library and Museum, 7 p.m.

The second installment of the ACP Photobook Fair will be hosted this year at Hathaway Gallery. The popularity of last year’s fair reflects the renewed interest for the photobooks’ form. In addition to local and national book publishers, the event will feature art/photography zines and a curated selection of photo book vendors. October 14–15 at Hathaway Gallery.

To end the festival on a high note, ACP will have a closing party on October 27 that will coincide with Photobattle, one of the most unconventional events of the festival. The match-ups engage two photographers simultaneously in photo-based fisticuffs with two projectors and two clickers. October 27 at Ambient+Studio.

In between these feature events, plan to attend the ACP auction gala, which will be held this year at the Porsche Experience Center (October 7, 6 p.m.). It is always a fun affair to attend. After that, you still have 100+ exhibits to cross off your to-do list. If you are like me, I suspect that by the end of the month you will experience a temporary photography fatigue due to excessive frequentation with the medium. Not to worry, though — it usually takes a little while to dissipate.