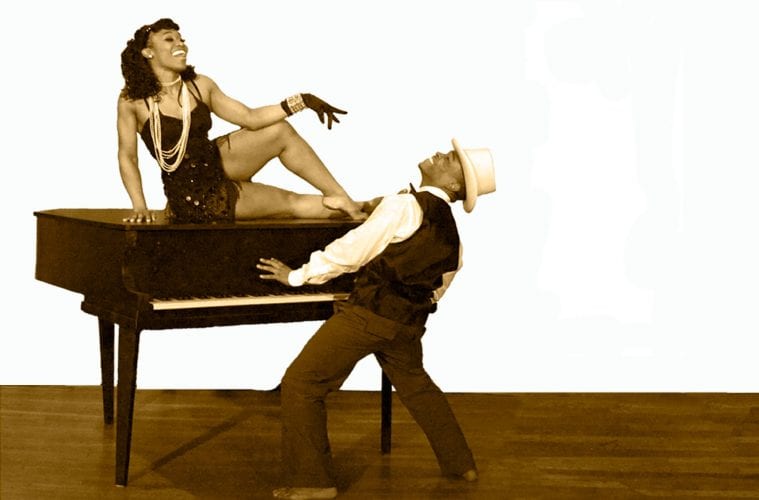 30 Under 30: Justin Evans springs from rough-and-tumble gymnastics to aerial dance Justin Evans, a former gymnast, current D’AIR Aerial Dance Theater company member and self-proclaimed daredevil, says he was born with an instinct to “climb and hang on things.” As a baby, he scaled the walls of his crib and soon began to teach himself gymnastics. By the age of six, he could do a back handspring, a sort of half-flip that tumblers often link together in quick succession, and practiced the move whenever and wherever he could. “I would flip down the aisles of grocery stores,” he says, then nods emphatically when asked whether this penchant for impromptu acrobatics made his mother nervous.

But take one look at the 28-year-old Evans and it seems clear that tumbling chose him, not the other way around. He is small and compact with the tightly wound musculature of a professional athlete. And his wide, slightly mischievous smile hints at a spirit of adventure that I soon learn is part of his everyday life. He sees the world around him almost as an obstacle course. He says that, during his walk to our interview, “I balanced on the curbs and jumped over things when I didn’t really need to. I think I do it unconsciously.” Even as we sit in an East Atlanta coffee shop, he eyes the ceiling fan and seems to make a few mental weight and size calculations. I get the feeling he is only half joking when he proclaims, “I could hang from that and make it look like art.”

“Art” is a word Evans uses often, presumably to distinguish his work with D’AIR from the years he spent as a competitive gymnast. Growing up, his specialty was power tumbling, a sport performed on a six-by-84-foot sprung runway that allows athletes to execute up to eight high-flying skills in one pass. In contrast to Olympic routines, which are performed on a 40-by-40-foot square floor and include stationary and dance-like skills, power tumblers concentrate all their efforts on the flips. Artistry takes a back seat to strength, speed and a healthy dose of chutzpah.

A largely self-taught gymnast, Evans began his formal training at the Mississippi University for Women in his hometown of Columbus. But the small-town vibe and lack of culture eventually drove him away (he calls Mississippi an “armpit state for the arts”), and at 17 he moved to Atlanta to pursue a broader range of artistic and training opportunities. After competing at a high level, first in Atlanta and then at a training facility in Michigan, he decided that the life of a tumbler wasn’t enough. “I wanted to perform more than I wanted to compete,” he explains. “I had a passion for the artistic side.”

Though he had no formal dance training, friends at Gotta Dance Atlanta told him he could make a living here and persuaded him to move back. At age 24 he began taking dance classes, oftentimes with a room full of kids. “They were really good,” he says with an appreciative laugh. “It was a humbling experience.”

It was through his connections at Gotta Dance that Evans met Nicole Mermans, who at the time had recently opened the D’AIR Project studio in Grant Park, coincidentally very close to Evans’ home. “It was like magic,” he says of their meeting and his introduction to aerial dance. In D’AIR, he says, he found the magic combination of art and adrenaline rush. “When we do drops or hang from another person, when we tumble down a silk or hang from a trapeze, those are heart-wrenching moments,” he says. And it is those moments, when both the performer and the viewer feel an emotional connection to the risk-taking involved in aerial dance, that Evans loves. He says D’AIR is like his second family and talks about the level of trust that develops when a dancer literally puts her or his life into another dancer’s hands.

He appreciates that Mermans, D’AIR Project director and the matriarch of this acrobatic family, is constantly “pushing boundaries” with new movement and nontraditional apparatus. He recalls a rehearsal when a dancer was working on a move where she had to hang by the neck. “Nicole said, ‘Just hang there a little longer and show the moment!’ But she said it in such a sweet way,” Evans says, then laughs and shakes his head in admiration. “If you can’t get a move, she demonstrates and always does it so effortlessly. Which is worse, because then a girl is doing it better than you!” We both laugh at this. Clearly, Evans sees Mermans as a beloved mentor and is inspired both by her creativity and her attention to detail.

“At first I would just jump on the equipment,” he recalls as his hands fly up in a quick climbing motion. But he soon realized that “being aware is the most important thing.” He says that Mermans always preaches safety and insists on proper technique in every rehearsal; she tells her dancers to “never get comfortable,” because losing focus can lead to injury.

But even with the best safety consciousness in place, aerial dance can be dangerous, and Evans has had to learn to get used to fear and a fair amount of physical pain. He shows me a small abrasion on his hand and says he got it from sliding down the silks. “You don’t feel it as it’s happening, but you get home and take a bath and feel something stinging. You look down and say, ‘Oh! I don’t have skin there.’ ” And, he says, if he takes any time off from training, even just a week or two, he feels a difference both physically and mentally. “Beyond your body, you have emotional things to conquer. I think fear sets in when you know you can hurt yourself. But I use it as motivation.”

He has had his fair share of frightening moments, the scariest of which occurred aboard the Costa Concordia cruise ship off the coast of Giglio, Italy, in January 2012. I never thought I would hear a firsthand account of this now infamous disaster, so the story is both terrifying and a bit surreal. In the middle of the night, the ship suddenly lurched onto its side, and Evans describes seeing people crash into walls. He was traveling with 63-year-old Keiko Guest, whom he had met at Gotta Dance when she asked him to teach her to do a back handspring for the Ms. Senior Georgia pageant. (Guest was crowned Ms. Senior Georgia in June.) “If I was with a normal 63-year-old,” Evans says, “there would be no way we would have gotten off that ship.” The two walked to the lifeboats on severely slanted floors and helped other, mostly elderly passengers when it became clear that many of the crew members didn’t know the emergency procedures. “That was probably the worst thing I’ve seen in my life,” he recalls. Although he hasn’t been on a cruise since — an activity he used to love — he remains optimistic and says the experience only solidified his belief that someone is watching over him. Perhaps because he credits his and Guest’s physical training as the reason they were able to escape unharmed, his love for risky acrobatics hasn’t changed. In fact, he has since started work as a film and commercial stuntman.

When he’s not vaulting over cars or swinging from a trapeze in performance, Evans teaches youth classes at the D’AIR studio. He’s discovered a love for the “rough around the edges” kids who have overcome difficult circumstances through the aerial arts. And he sees himself in the kids who just can’t sit down, those who light up at the sight of the apparatuses and all the possibilities they hold. “I’ve always wanted to fly, and this is probably the closest thing I have to that right now. I don’t think I would ever quit even if I was a millionaire.”