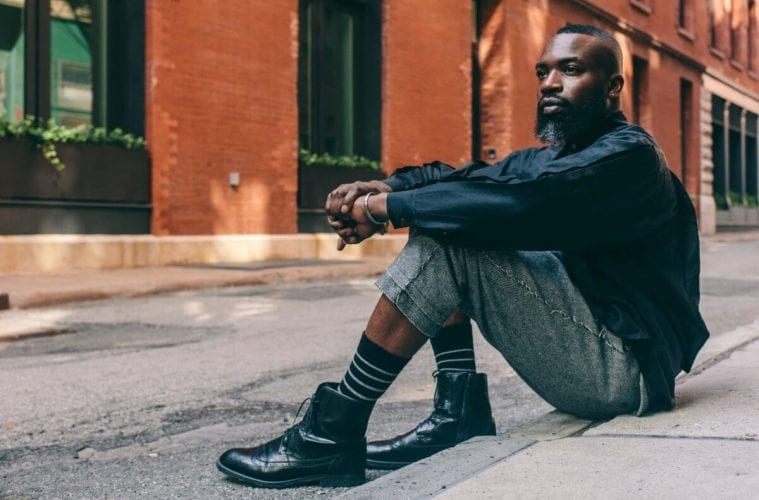 When Darnell L. Moore was a kid, a group of boys doused him in gasoline, intending to set him on fire after taunting him with homophobic slurs. The traumatic incident is just one example of the many times violence was inflicted upon Moore as a result of his identity as a poor, queer black man. He suffered at the hands of both neighborhood bullies and the government through policies that disproportionately harmed poor black and Latino residents in Camden, New Jersey.

Instead of merely writing a memoir in which he portrays himself as a victim who survived unspeakable terror, Moore has released a moving work that features a complex, holistic view of his life. No Ashes in the Fire: Coming of Age Black and Free in America reflects the difficult work he’s done to reconcile the ways in which he’s been both a victim and a perpetrator of harm.

No Ashes in the Fire shines because Moore thoughtfully melds together his work as an activist and journalist with his personal experiences to create a book that evokes what it’s like to grow up in communities that have been made to feel they don’t matter. The vivid tales of his life are only heightened by the bluntness with which he recalls the circumstances that he and other black and queer people were forced to live.

His memoir is remarkable because of his determination not to view things one-dimensionally. He frames his aunt’s stealing food as a form of care for her family, a necessary act to ensure that they didn’t go hungry. He writes about the oppressive aspects of black churches, but he also describes the communities that thrive there. Even when he speaks of the boys who attempted to set him on fire or his father who was physically abusive to his mother, he writes about them as wholly human. In the book, he remembers his father’s gentle touch just as he remembers his brutality. He grapples with having to reconcile that someone can be capable of both a steadying fatherly love and also unyielding violence. Moore frankly admits that the death of his father during the writing of No Ashes in the Fire  is what prompted him to look at his dad more compassionately. “His death really forced me to wrestle with his complexity,” he said during a recent interview with ArtsATL. “Had I written the book when he was still alive, I’m certain I would’ve written him in a more monolithic way, possibly as a monster.”

When Moore writes about his own transgressions, he doesn’t rush through them. He ruminates on his actions and the ways in which they make him similar to the people who hurt him. In the chapter titled “Unbecoming,” this critical self-reflection includes looking at the ways in which he’s benefited from a patriarchal society and relied on women to support him emotionally. “I thought that acknowledging my errors was the ultimate goal, but naming my wrongs is not the same as working hard to undo them,” he concludes.

“I can go on and on and wax poetic, but if in my everyday practices I’m not consciously thinking about how I’m interacting with women and girls, gender nonconforming folk and trans people then I’m not doing the work,” Moore said. “I mess up every damn day, but I’m aware in ways that I wasn’t before.”

One of Moore’s goals with the book was to write about queerness in a way that he never encountered when reading literature as a child. Although he read Romeo and Juliet in school, he didn’t have access to books that romanticized queerness. He attempted to deny his identity and even struggled with suicidal ideations as a result. The book’s standout chapter “Touch” focuses on Moore’s sexuality and the ways in which he both denied and allowed himself to experience love. “I wanted to write the book I needed at 16,” he said. “I needed a liberatory theology.”

In “Touch,” Moore writes about growing up at a time when the virus that caused AIDS was officially given a name. HIV was heavily discussed by the media and politicians and often portrayed as synonymous with homosexuality. “The twin forces of shame and stigma penetrated the lives and psyches of black queer and trans people,” Moore writes. “The state’s refusal to name same-sex desire as acceptable and separate from the AIDS epidemic was piercing.” Moore’s research serves to contextualize his own sexual experiences, including the times he’s had unprotected sex. “I was willing to deal with the consequences because I believed, because I had been told, that I would be infected and deadened anyway,” he writes.

The author is clear this book isn’t a tell-all. There was just as much thought put into what would be left out as there was about what would be included. While later chapters cover his activism, Moore’s work with the Black Lives Matter movement, for example, is only covered in the epilogue. “I don’t feel like we give enough critical distance to stuff,” he said. “Movement work is messy. It is complex. If I’m going to be committed to not lying and telling the truth . . . I’m not there yet.”

Ultimately, Moore describes writing No Ashes in the Fire as a healing process, adding that being able to read something like this when he was younger “would’ve saved me about 14 years of depression, suicidal ideation, reckless decision-making.” The book can benefit anyone who reads it, but Moore is clear that he had black and queer people in mind while writing it. “I’m hoping that some young person will pick it up and find healing,” he says. More than a tale of collective trauma, No Ashes in the Fire is a love letter to black and queer people. It’s an homage to those who have not only persevered but thrived when systematic oppression all but guaranteed their demise.