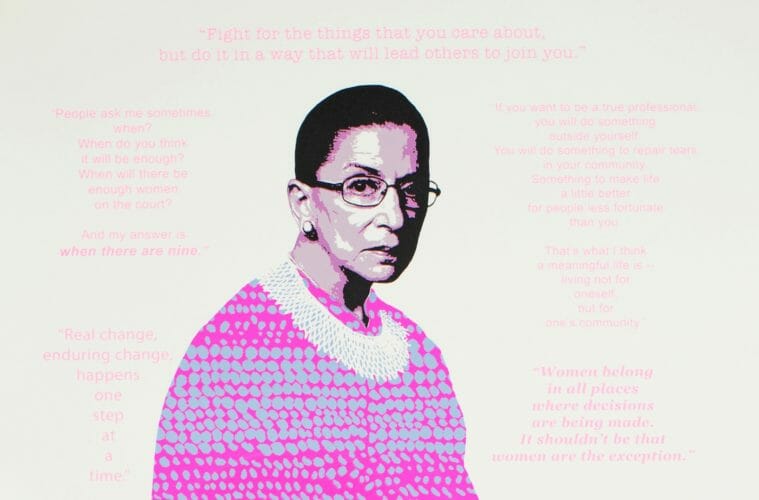 For Atlanta artists Julie Torres and Dawn Williams Boyd, the coronavirus was a very good thing.

The 2020 shutdown forced art galleries to close and shift artists’ work online, which is how each of them now has an artwork in the permanent collection of New York City’s prestigious Metropolitan Museum of Art. The museum has acquired Boyd’s woven work “Sankofa” and Torres’ “Super Diva,” a screenprint portrait of the late U.S. Supreme Court Justice Ruth Bader Ginsburg. 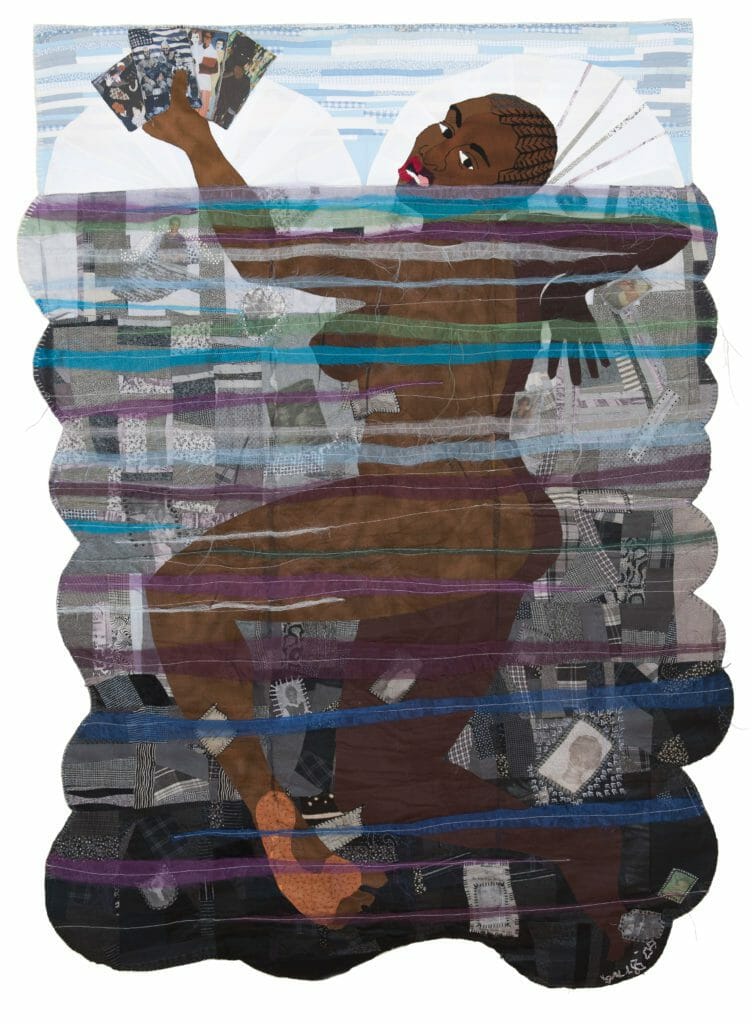 Boyd’s “Sankofa” includes photographs of her family and some of her own works.

Boyd’s unexpected journey to the Met started last year when Adam Shopkorn, owner of Fort Gansevoort gallery in New York, discovered her work online. “Where else do you do research when you are home for 17 months?” he says. “Dawn was hiding in plain sight. It’s a breath of fresh air to know there is no shortage of great artists in the world.” He was deeply moved by photos of her large-scale, stitched “cloth paintings” that pulsate with the pain, anger, trauma and joy of the African American experience.

Determined to bring them to a wider public, he photographed 15 of them and paired the artist with writer and critic Sasha Bonét. Together they created a compelling virtual exhibit of images and text that launched in September 2020 and is still online. A patron of the gallery was impressed with the exhibit and helped negotiate the Met’s acquisition of Boyd’s “Sankofa.”

Boyd, 69, doesn’t shy away from politics or the rawness of the Black experience in her art, so was surprised the Met chose this very personal piece; it incorporates pictures of her mother, her daughters, her fifth-grade report card and some of her own art works. (Sankofa is a mythical bird that symbolizes going back to the past in order to inform your future.)

She has exhibited her work in the South in person for many years but has never received this much attention. “I’m totally jazzed about the Met,” she says, acknowledging that the Black Lives Matter movement has brought greater awareness to the accomplishments of African Americans. “It’s a terrible thing to say: that X number of people had to die before the world recognized, again, that people of color are accomplished,” she says. 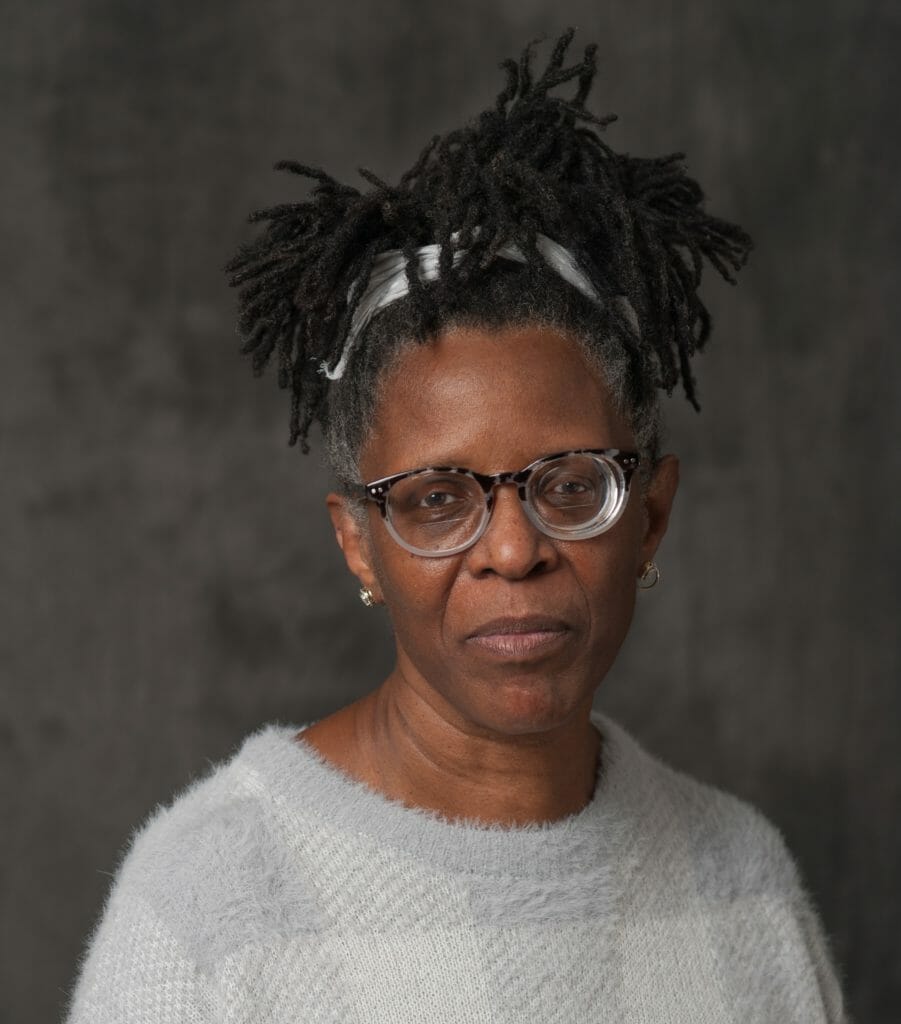 Boyd has a clientele of mainly White collectors who enjoy her work in their homes. “But to be able to express my opinion to as many people as possible, my work needs to be in institutions that cater to large groups of people,” she says. Boyd also has a message for the Met: “Institutions need to change. If you intend to survive, and you are dependent on people coming in your doors, you need to adjust yourself to your audience.”

Both Boyd and Torres, a former lawyer, are representational artists with something important to say. Torres’ signature pieces celebrate women like Ginsburg and Maya Angelou who have made a difference in the world.

She creates them with strips of paper meticulously woven together, some with gold leaf. They were well received at the 2019 Art Basel Miami Beach art fair but Torres’ hopes for greater success in 2020 crashed when the upcoming art fairs were cancelled. The virtual space offered her the next best opportunity, but Torres felt the intricate, time-consuming woven paper works didn’t photograph well, so she created simpler but equally compelling screenprints that she could sell online at a lower price point.

A collector with ties to the Met saw her work on Instagram, bought a “Super Diva” print and took it to the museum’s printmaking department to have it framed. By happy serendipity, a Met employee noticed it and was impressed enough to recommend it be acquired. Torres got the good news in December. 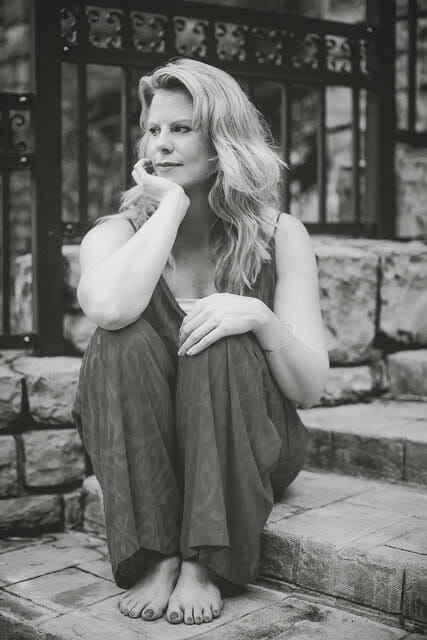 In July she got another call, two days before the July 29 opening of the Met’s in-person show Revolution, Resistance and Activism, comprising selections from its drawings and prints collection. “Super Diva” is now on view in that show, which runs through mid-January at the museum and can be enjoyed on the Met’s website as well.

Torres, who is still getting established in the art world, says she is “incredibly thankful. This truly is the dream of every artist.”

Both artists are experiencing the fruits of the national attention. Torres’ work is selling fast at the Maune Contemporary Gallery in Buckhead; several of her pieces were in the gallery’s group show Love Always Wins, which closed August 22. “The acquisition has certainly generated increased interest in her work,” says owner Heidi Maune. “The excitement around her unique and brilliant work is well deserved.”

Boyd’s solo exhibit Woe opens August 27 in the Lupin Foundation Gallery of the Lamar Dodd School of Art at the University of Georgia, and will travel to the Everson Museum of Art in Syracuse, New York, and the galleries at Sarah Lawrence College in Bronxville. Shopkorn is flying to Atlanta next week to meet Boyd in person for the first time. He’s planning a solo exhibit for her at his New York gallery in September 2022. “I am excited,” he says. “I knew when I found her work how special it was. She’s a good as it gets.”