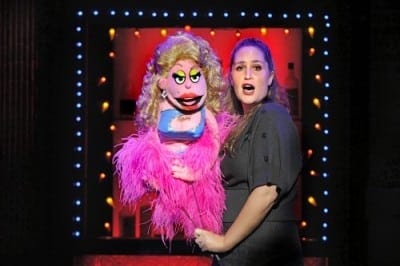 The Cobb Energy Performing Arts Centre’s Broadway presenters say they listened to patrons of the first full season, which wraps up this weekend with the zany puppet musical “Avenue Q,” and will take a more conservative, family-friendly approach with the 2010-11 lineup.

The series also has a new corporate sponsor and is changing its name to reflect that relationship: the Atlanta Broadway Series becomes the Gas South Broadway Series. The four-show program will open this fall with “Cirque Dreams Holidaze” (Nov. 30-Dec. 5, photo below), followed by “Oklahoma!” (Jan. 6-9), “The Wizard of Oz” (Feb. 3-6) and “A Chorus Line” (March 17-20). Presenter Jim Howland says the recent production of “Fiddler on the Roof” starring Harvey Fierstein was a real crowd-pleaser and helped set the tone for next season.

“This is an audience that seems to respond well to the gold standard of Broadway,” says Howland. The Ohio-based executive will manage the Cobb series while co-presenter Broadway Across America-Atlanta will focus on the previously announced Fox Theatre season. This mainstream sensibility probably means you won’t be seeing any raunchy puppet sex at the venue in the near future, but check out my AJC review of “Avenue Q” (top photo) here.