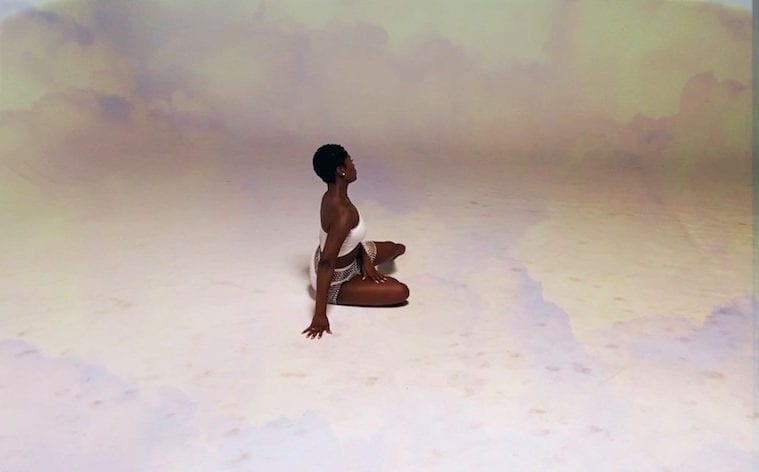 A still from the Zachary Todd film "Borderline." It features choreography by Xavier DeMar and a performance by Kendall Brown.

“Wise Beyond Our Years,” filmmaker says, is our “form of protest as artists and dancers”

Zachary Todd never really envisioned himself as a filmmaker growing up. His forte had always been dance. But when Covid-19 stilled the arts community, he realized he’d need to to stay artistically afloat. Armed with an iPhone, he and a crew knocked out a new series of short films in a single afternoon.

The project, titled Wise Beyond Our Years, speaks to how artists of color are feeling in these uncertain times. Todd, a Milwaukee native who moved to Atlanta 10 years ago, was a founding member of Atlanta Dance Connection. He was with the company for four seasons and now works as a freelance artist and dance educator. When the pandemic hit, he wanted to refocus on how to present his work, normally seen onstage. “I felt I needed to come up with other avenues,” says Todd, 30. “I have a love for dance, visual art, photography, music and fashion — and film was something I wanted to dive into.”

He met with a few videographers to get advice and says leaping in without any formal training was fun, but that his shoot wasn’t seamless. “There was a lot of trial and error and glitches here and there,” Todd says. His group rehearsed for a week and a half before shooting. In a 12-hour-span on a Monday in late July, the artists knocked out all nine shorts in the Wise Beyond Our Years series. 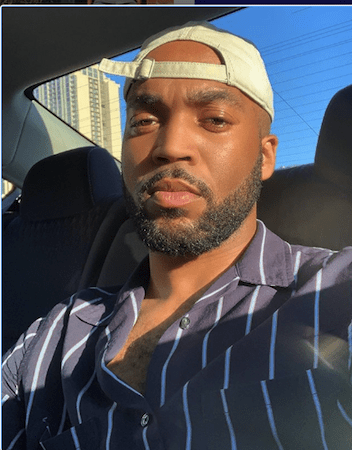 Zachary Todd, a filmmaker and dancer, says he takes his best selfies while riding with Uber.

Three of the short films — Borderline (2:37), In Hindsight (3:58) and Damned (4:26) — can be seen HERE now. Todd is releasing one film per week, and the full 40-minute series will be available in mid-September on his website, as well as on Vimeo and YouTube.

Todd and choreographer Xavier DeMar self-financed the project. Performers supported the vision and worked without pay.

Planning for the project began in May, but as team members debated ideas, George Floyd died at the knee of a Minneapolis police officer. The film team found it hard to concentrate and, as Todd says, “The project took on its life. It became more about telling stories of people of color, things we go through living with our families in the community and expressing how we feel at the moment. This was our form of protest as artists and dancers. Otherwise, we don’t typically have a way to do so.”

Borderline features dancer Kendall Brown. The piece is open to interpretation, Todd says, but he sees it as a young woman at a pivotal moment in her life, struggling to move past a moment of indecision.

In Hindsight deals with stereotypes and is a bit more political. “It’s about things we see misrepresented,” Todd says. “A lot of times, artists of colors aren’t represented on the stages they should be or in the spaces they should be. There might be one African American dancer in a ballet company’s production, as opposed to having equal opportunity. I wanted to showcase 17 bodies of colors and different hair textures, put all of that on film and let it speak for itself. I didn’t want to overthink it. I wanted it to be a celebration of those artists of color.”

Each short film includes credits of the artists and performers involved.

Rehearsals proved tricky in the midst of Covid-19, as you might expect. Todd scheduled time with some small groups and eventually held one big rehearsal with all 17 performers — with plenty of social distancing. On set he had to stagger times, make sure actors had a place to relax while not filming, conduct temperature checks and mandate masks.

Todd says he’d like to continue doing monthly or weekly events. “I know a lot of times choreography goes unnoticed. I want to work with other choreographers and dancers to get their work out into the world.”