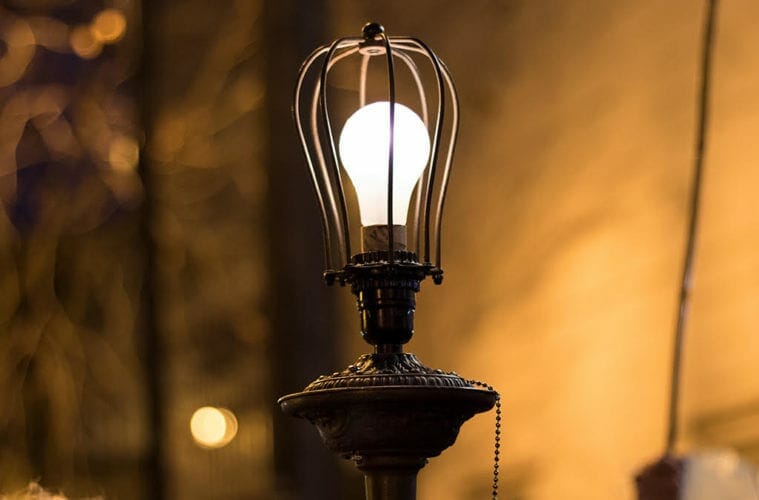 The "ghost light" is a light left on in an unoccupied theater, a perfect symbol for the effects of the coronavirus pandemic.

With warnings about the seriousness of the coronavirus (COVID-19) and a guideline from the Centers for Disease Control and Prevention (CDC) to limit gatherings to 50 people or fewer, most Atlanta arts organizations have gone dark. These decisions have no precedent and, at this point, no one knows if it will be days, weeks or months before normal behavior can resume.

Please note that many commercial and nonprofit art galleries remain open. Most have canceled receptions and artist talks. Some are open regular hours, some only by appointment. It’s best to check ahead before you go.

Today (Thursday, March 19), Atlanta Film Festival organizers postponed the 2020 event, scheduled for April 30–May 10. They are looking to reschedule it for later in the year. The festival, in its fourth decade, annually draws audiences of about 28,000.

The Children’s Museum of Atlanta, meanwhile, debuted a new virtual program called  #CMAatHome. Each weekday at 11 a.m., the museum will provide an interactive activity, vocabulary list, song list or book recommendation to help parents and kids stay engaged in education. Look for more programming in the coming days, including  live singing, story time with the Imaginators and Q&A sessions with Professor Labcoat.

ArtsATL is keeping a daily running list of venues that have closed temporarily and canceled or postponed events. Check back often for the latest changes, which will be marked with double asterisks (**). Please email us at info@artsatl.org if you are not listed here.

The developments below are in alphabetical order.

— Actor’s Express postponed Academy Award winner Tarell Alvin McCraney’s The Brothers Size, with plans to resume performances in mid-May. Two upcoming shows — Desire Under the Elms and Libby’s at the Express — will be bumped to different dates. The theater canceled an event to announce its 2020–21 season and will livestream it instead.

— The Alliance Theatre suspended all remaining performances in its 2019–20 season. It plans to bring the family-friendly Naked Mole Rat Gets Dressed: The Rock Experience back next season and has video-recorded this season’s cast. Follow video/livestreaming developments HERE. 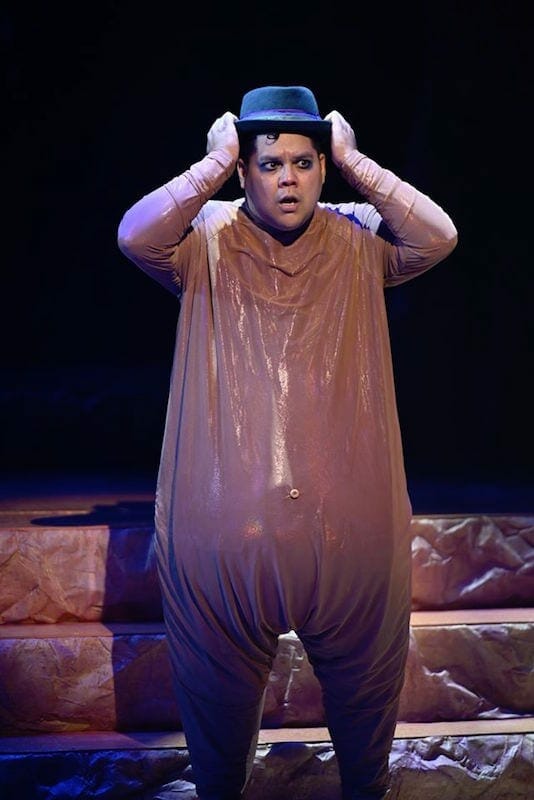 The Alliance Theatre’s “The Naked Mole Rat” was canceled and will likely return next season. For now, the theater company is looking into livestreaming and video options for the show.  Juan Carlos Unzueta is one of seven cast members. (Photo by Greg Mooney)

** — The Celtic-themed Arís Theatre postponed its staging of Fighting Words, which was scheduled to open April 10.

— Arts at Emory canceled all events through the end of March and into the first of April.

** — ArtsATL has postponed the Luminary Awards scheduled for April at the Tabernacle. A new date will be announced soon.

— Atlanta Contemporary is temporarily closed to the public.

** — Atlanta Ballet canceled this weekend’s performances of Giselle at Cobb Energy Performing Arts Centre and will move Giselle to May 15-17.  The Atlanta Ballet Centre for Dance Education has canceled classes until further notice.

** — The Atlanta Film Festival postponed its April 30–May 10 event and is looking at dates later in the year.

— The Atlanta History Center and the Margaret Mitchell House are closed through the end of March.

— The Atlanta Opera canceled last weekend’s final two performances of Gershwin’s Porgy and Bess. Madama Butterfly is scheduled to open May 2. The company will pay the cast, chorus, crew and orchestra responsible for preparing and performing Porgy and Bess for what would have been its entire run, the opera said in a statement.

— The Atlanta Science Festival canceled all its remaining events. 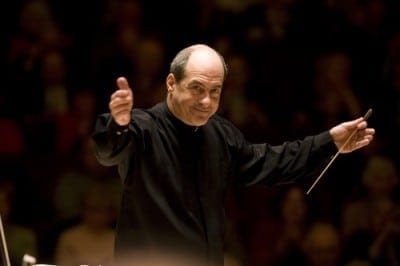 Music Director Robert Spano will resume leading the Atlanta Symphony Orchestra musicians when the city gets past the coronavirus.

— The Atlanta Symphony Orchestra has canceled or postponed a number of concerts. The March 19 and March 21 performance with André Watts is now canceled. The March 26-27 performance of Missa solemnis is canceled, as are the ASO’s scheduled appearances at the Savannah Music Festival on March 28 and Carnegie Hall on April 4. The ASO’s April 2 appearance at Columbus State University is postponed, as are shows scheduled for April 17 at Kennesaw State University and May 3 at the University of Georgia.

— The Atlanta Women’s Chorus postponed its March 20–21 performances of “She Rises.”

— Aurora Theatre shut down its production of the bio-musical On Your Feet! and, according to its website, hopes to reschedule it. Our review.

— The Carlos Museum at Emory University is closed until further notice.

— The Center for Puppetry Arts is closed until at least March 31. In the interim, it’s livestreaming workshops, museum tours and shows for free through its Digital Learning Platform. Details HERE.

** — The Children’s Museum of Atlanta launched a virtual-learning program for parents and kids. #CMAatHome takes place at 11 a.m. Monday–Friday.

— City Springs Theatre Company  canceled all remaining performances of A Gentleman’s Guide to Love and Murder.

— The Cobb Energy Performing Arts Centre is closed at least through March 31. 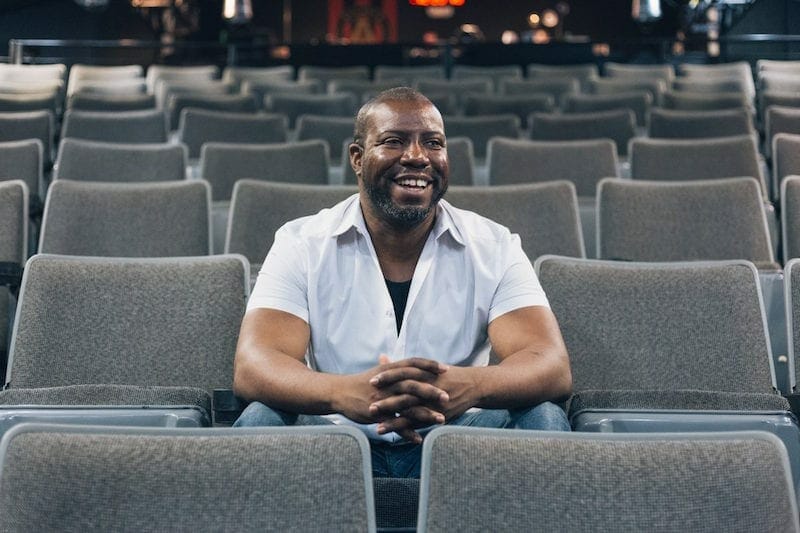 The improvisers and actors of Dad’s Garage Theatre, led by artistic director Jon Carr, were among the first of any arts discipline to pivot and tailor programming for virtual  audiences.

— The Fox Theatre is going dark for at least two weeks, affecting Miss Saigon, the AllStar Legends of Hip-Hop, Bill Maher and the theater’s tours. As of now, the upcoming Broadway in Atlanta performances — including Hamilton in April — are scheduled to go forward.

— The Ferst Center for the Arts is closed at least through March 30. It will postpone or cancel Dance Canvas performances on March 20–21, the Banff Center Mountain Film Festival, the enra: Dreams show and Whose Live Anyway presented by Martin Media.

— Marietta’s  Georgia Ballet canceled its spring production of Coppelia. Instead, it will present two in-studio performances with limited seating for existing ticket holders at 6:30 p.m. March 21 and 5:30 p.m. March 22. Coppelia will open the company’s 2020–21 season.

— The Georgia Symphony Orchestra has moved its 13th annual Celebrity Luncheon from March 21 to June 20. The April 4 “Walk Together Children” concert has been postponed. 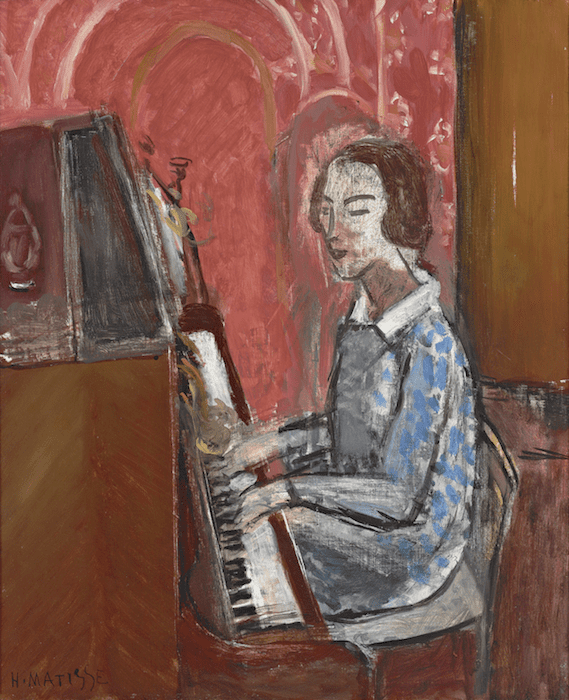 The High Museum of Art in Midtown was the first major Atlanta arts institution to announce it would temporarily close. This piece, Henri Matisse’s “Woman Seated at Her Piano” (1924), is part of the High’s Shaheen Collection.

— The High Museum of Art is closed to the public. There is no timetable for when the city’s landmark museum will reopen.

— Living Walls postponed its 10th anniversary fundraiser on March 23 and will announce a new date as soon as it feels safe.

— MOCA GA has postponed its March 21 gala. Host committee members and ticket holders can transfer to the new date. If they cannot attend the event then, their commitment will be refunded.

— The Museum of Design Atlanta (MODA) will be closed until at least March 27. It plans to reschedule all programming and re-evaluate in early April.

— Out Front Theatre Company opened and closed its staging of warplay over the weekend. It’s also delaying its Spectrum Spotlight series of staged readings scheduled for this week. For now, all performances and events after March 31 are still scheduled to proceed. Warplay can be seen online ($20) via this link.

** — The Rialto Center for the Arts has canceled the remaining 2019-20 season. That includes numerous April events, including the “THREAD” exhibition scheduled through April 24, the Georgia State University Opera Theatre April 10-12, Julian Reid April 15, Tom Scott with the GSU Jazz Band April 24 and Eva Ayllón April 25. The “Feed Your Senses: Luther Enloe” show is rescheduled to May 20.

— Serenbe Playhouse suspended its production of Spring Awakening, scheduled to open this week. A company spokesman says they hope to move forward with the rest of the season. Its next production, the tragicomedy Steel Magnolias, is scheduled to open May 20.

— Shakespeare Tavern Playhouse postponed its public and student matinees of Much Ado About Nothing, which will return when health authorities deem it safe. It canceled Hamlet (April 10–May 3) and plans to reschedule The Country Wife, originally slated for May 15–31.

** — The Shaky Knees Festival, originally planned for May 1-3 at Central Park, is rescheduled to October 16–18. Headliners The Black Keys, The Strokes and The Smashing Pumpkins have all agreed to the new dates.

** — The Shaky Boots Festival, the Americana music version of Shaky Knees scheduled for May 8-9 at Central Park, is canceled and will not take place this year. The lineup was to include John Prine, Alison Krauss, Dwight Yoakam and Jamey Johnson.

— Spivey Hall is closed until at least March 29, impacting the March 21 performance by George Hinchliffe’s Ukulele Orchestra of Great Britain and the Southern Crescent Chorale on March 28.

— Stage Door Players postponed the opening of its political comedy The Outsider until April 2.

— The SweetWater 420 Fest, scheduled for April 24-26 at Centennial Park is postponed. Organizers have yet to decide whether to cancel the event, or to reschedule. Confirmed groups included the Trey Anastasio Band, the Allman Betts Band, Ruby Velle & The Soulphonics and Snoop Dog. 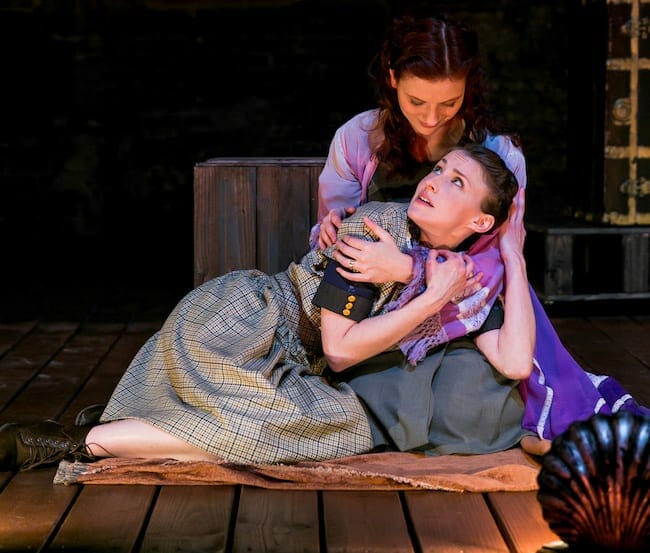 Paula Vogel’s “Indecent,” onstage for only half of its run at Theatrical Outfit, was expected to be one of the highlights of Atlanta’s season. (Photo by Casey Gardner)

— Synchronicity Theatre canceled the final two weeks of its world premiere Wayfinding and is postponing its tour of Bob Marley’s Three Little Birds. Also postponed is its annual Women in the Arts and Business Luncheon fundraiser.

— The Tabernacle postponed shows through the end of March.

** — Terminus Modern Ballet Theatre has postponed its May world premiere of “Long Ago and Only Once” and rescheduled it for October 9-11 and 16-18 outdoors at Serenbe’s Deer Hollow.

— Theatrical Outfit suspended all programming for at least two weeks, including its well-received staging of Paula Vogel’s Indecent, which ran for two of its four weeks. It canceled all education programs and postponed its Luckie Stars Gala.

— Variety Playhouse suspended all concerts at least through March 31. The venue hopes to reschedule as many of those shows as possible.

— Venkman’s has stopped all shows and food service until further notice.

— Working Title Playwrights canceled its March 22 staged reading of Dani Herd’s Monster Girls at Sunshine Doughnuts. It will be rescheduled.

In times like these when we are separated by necessity, ArtsATL is more needed than ever. Please consider a donation so we can continue to highlight Atlanta’s creative community during this unprecedented period.