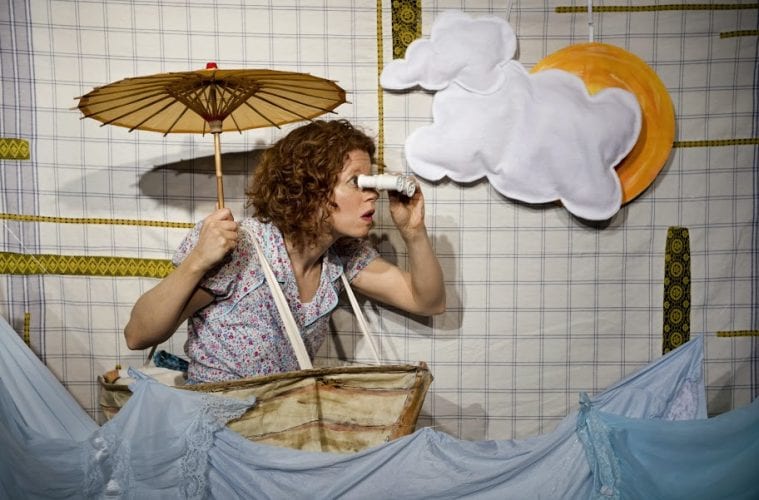 What to see, hear and do this week, December 31–January 6

Squirrel Stole My Underpants. When unsuspecting Sylvie goes to hang laundry in the backyard, a mischievous squirrel runs off with her favorite clothing items, leading to the adventure of a lifetime. And yes, this is child appropriate! January 2–6. Center for Puppetry Arts.

The Wiz. A retelling of L. Frank Baum’s classic 1900 children’s novel, The Wonderful Wizard of Oz, the concert takes the form of modern African American culture. January 6 at 3:30 and 7:30. The Galloway School. Laura Phoenix Power: An Expression of Love. The author will discuss and sign copies of her debut novel. January 4 at 7 p.m. Phoenix & Dragon Bookstore.

Kathy Berardi: Short Films 101. Hosted by the Atlanta Film Society, a day of A to Z guidance on how to successfully write, produce and direct a short film welcomes creatives with a desire to learn. January 5 at 11 a.m. Regus Offices.

Cineprov riffs Hercules in the Haunted World. For those tired of being shushed at the movie theater, this one’s for you. Every week cynics are invited to see comics make fun of movies — this week’s roast will be over Hercules. January 3 at 7:30 p.m. Cineprov.

Known for his hard bop approach to the trumpet, Gransden welcomes in 2019 with a NYE celebration program. (Courtesy of ASO)

Econ Rock Battle Royale. The Benevolent Dictators take on the Contractions in a rock battle for the best, presented by the American Economics Association Conference. January 5 at 8 p.m. Hard Rock Cafe, Atlanta.

Funk You. The Georgia-born group provides a furious fusion of jam, rock and obviously, funk. Universal Sigh will also keep the grooves bumping late into the night. December 31 at 9 p.m. Aisle 5.

E.T. in Concert with ASO. Director Steven Spielberg’s heartwarming masterpiece of an extra terrestrial being on Earth is brought to life through the classical music prowess of the ASO. January 4–5 at 8 p.m. Atlanta Symphony Orchestra.

The Coathangers. The trio packs a punk rock punch into the New Year with back-to-back shows. Read ArtsATL‘s concert pick here. December 31 at 9 p.m. The Earl.

Stone Mountain Christmas. A family-favorite holiday tradition in the Southeast is now open, welcoming guests to wander through a myriad of more than 2 million dazzling lights to meet Santa, Rudolph and Clarice, enjoy live holiday shows including Christmas in the City and more. Through January 6. Stone Mountain. The Gallery runs through January 5 at Different Trains Gallery. (Courtesy of Todd Alexander)