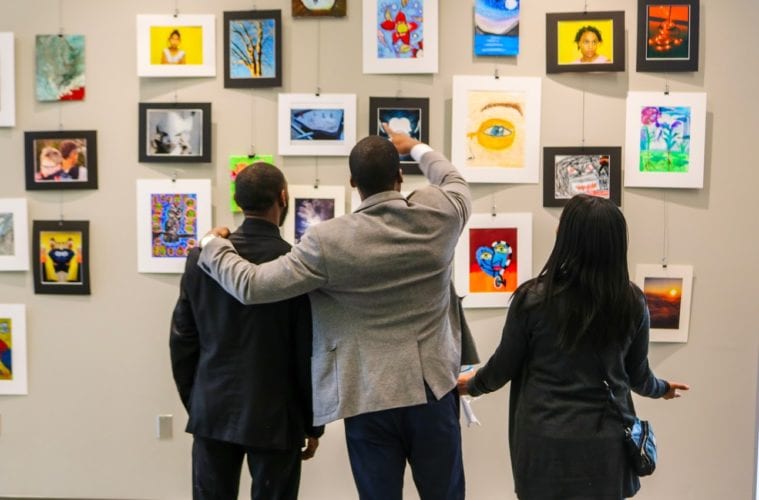 The John H. Harland Boys & Girls Club: The Innovation and Expression Studio, or TIES, opened Monday on Atlanta's Westside. All are welcome at a community celebration there on March 28. (Photo by Kendall Sims)

When the new $9 million John H. Harland Boys & Girls Club opened on Atlanta’s Westside this week, it became a community hub for the visual, performing and culinary arts with the capacity to serve more than 200 kids and teens daily.

The club’s full name — the John H. Harland Boys & Girls Club: The Innovation and Expression Studio – goes by the acronym TIES. Programming in the 25,000-square-foot space is designed to help tweens and teens prepare for college and careers, live healthier lives and learn leadership skills. Many Boys & Girls Clubs have arts offerings; this is the first in the nation with an arts focus, spokesmen say. 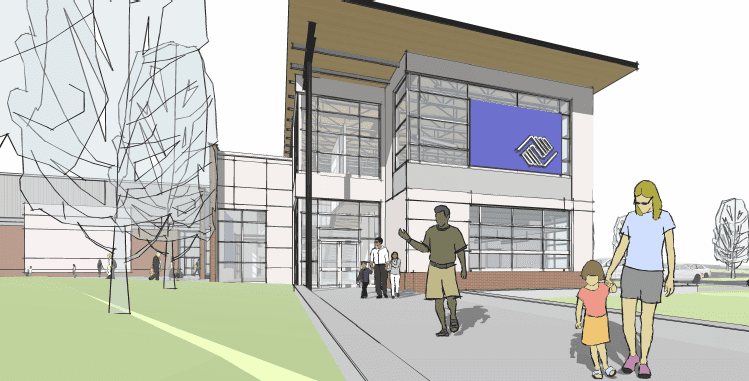 An architectural rendering of the TIES club by Collins Cooper Carusi

The Boys & Girls Clubs of Metro Atlanta is one of five nationwide organizations studying how quality arts programs can attract young people, keep them coming to a club and teach them to thrive in life. Studies show that students who participate in the arts are four times more likely to succeed in school and that such programming encourages self-expression, increases self-confidence and creates a sense of belonging.

The Harland club is named for an Irish immigrant and school dropout who founded his own printing plant and office supply store in Atlanta in 1923. To accommodate TIES, the former Harland Boys & Girls Club on Peeples Street was razed and the new facility built in its place over a two-year span.

TIES will hold a free, family-friendly community celebration from 5 to 8 p.m. on March 28. All are welcome to take part, or watch, interactive arts experiences. TIES is open 2–8 p.m. daily, longer on holidays and in the summer.